Neil Miller was excited about dining at Armory Square newcomer Aster Pantry & Parlor before it even opened its doors in September — with good reason.

Miller operates the Farmshed Harvest Food Hub, a network of organic family farms with a warehouse and distribution near downtown Syracuse. On opening night at Aster, he enjoyed a series of small plates, including an appetizer of leeks, grapes and blue cheese, spotlighting leeks sourced from Farmshed. On a return visit, he had honeynut squash soup with a creamy goat cheese garnish, featuring squash from Farmshed partner-grower Jamie Edelstein, of Wyllie Fox Farm in Cato.

Most exciting of all, Miller says, is seeing Farmshed and several of its growers featured prominently on the homepage of the Aster Pantry & Parlor website. “That is the coolest thing ever,” Miller said on Farmshed’s Facebook page. He calls Aster’s local and regional focus “groundbreaking,” and looks forward to an ongoing relationship with the restaurant. 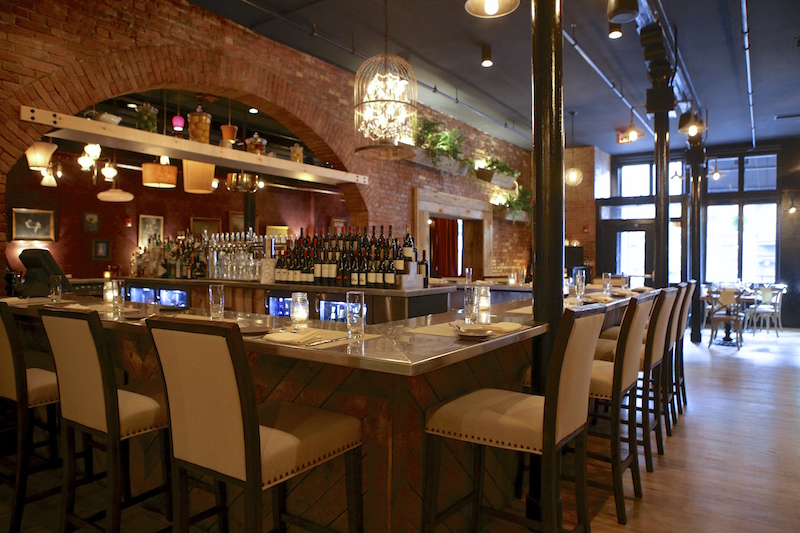 “They’re committed to using the best ingredients they can get,” Miller says, “and that means local and organic.”

Jonathan Gregory, vice president of operations, says Aster and its seasonal menus focus on home — or close to home — and are dependent on fresh, organic produce from Farmshed and other growers. Gregory estimates that 85 percent of the food on the menu is locally sourced. That number is likely to drop in the winter, he says, and grow again in the spring and summer, as the restaurant adds to its list of farmers and purveyors.

Gregory says the restaurant owners have a vision for a restaurant and menu that blends city sophistication and the rural landscape that is so central to Central New York — and just a 15-minute drive from downtown.

Aster’s opening menu features a mix of comforting and familiar dishes: entrees like organic brick chicken with broccoli rabe, salsa verde and roasted garlic potatoes; a sausage dish with Utica-style greens; and “lamb neckties,” with house-made bowtie pasta, confit lamb neck, tomato and aged goat cheese. There’s grass-fed steak if you want steak, as well as fish and seafood and a creamery plate with a changing selection of regional cheeses.

What’s a vegetarian going to find? Tomato escabeche with quinoa, plum and basil and Farmer Ground polenta cakes, with silken tofu, succotash and onion jam, among other things.

Aster Pantry & Parlor opened in September, with executive chef Damien DiPietro at the helm. DiPietro, who has worked with top chefs in markets such as New York City and Philadelphia, created the menu for Aster’s opening.

The restaurant recently welcomed new culinary director Scott Riesenberger, who has been at work developing Aster’s late fall-winter dinner menu, as well as lunch and brunch menus. Riesenberger trained at Le Cordon Bleu in Paris and has worked at several Manhattan restaurants, including Bouley, Alain Ducasse at the Essex House, Gilt and others.

“He is excited to kick our menu up a notch and work even more closely with Farmshed and our local sources,” Gregory says.

The menu isn’t the only change in the Walton Street spot that once housed Small Plates Detroit and PJ Dorsey’s. The space has undergone a transformation from floor to ceiling to give the cavernous room a warm glow and a more intimate feel, brightened by the greenery of real plants. Reclaimed wood tables, hand-crafted less than a mile away at CabFab, are set simply with linen napkins, flatware and wine glasses. 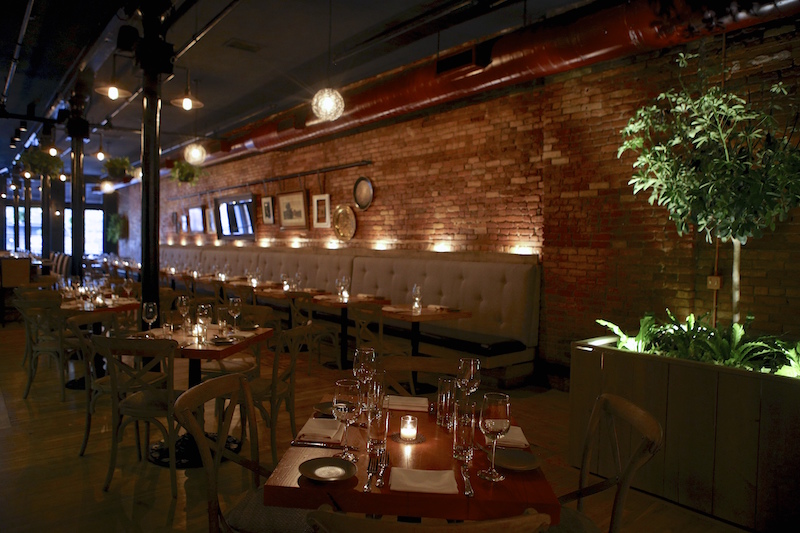 The Victorian parlor, a small room to the right, near the bar, is outfitted with furnishings and artwork acquired in the area. It’s a cozy nook to enjoy a glass of wine or craft cocktail and an appetizer, or a cup of coffee and dessert.

Aster Pantry & Parlor is owned by partners Todd Wenzel and Patrick Danial. The parent company, RainDog Hospitality, also owns and operates Small Plates Detroit in Detroit. Gregory was brought on board to give the restaurant a new identity. He grew up in the Albany area and has managed a host of restaurants for the Starr Restaurant Group in Philadelphia.