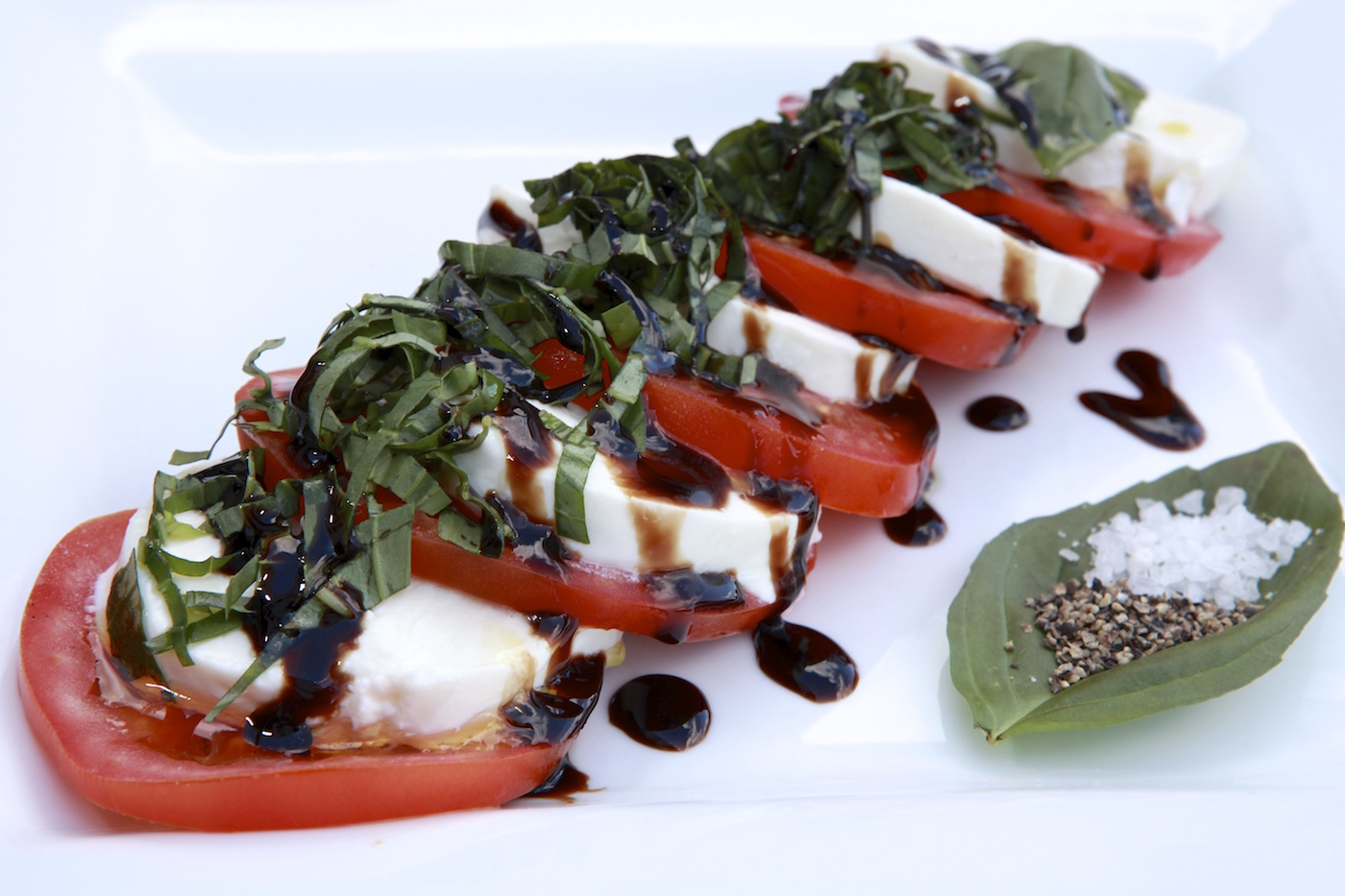 LOCAL FLAVOR IS A FEATURE PRODUCED IN COOPERATION WITH ADVERTISERS IN THE SYRACUSE NEW TIMES.

Hotels and their restaurants tend to complement each other like ham and eggs. Liverpool’s Maplewood Suites Extended Stay has been luring travelers with its recent lavish remodel, and those renovations have extended to its Blue Spruce Lounge, which should delight overnighters as well as famished townies. 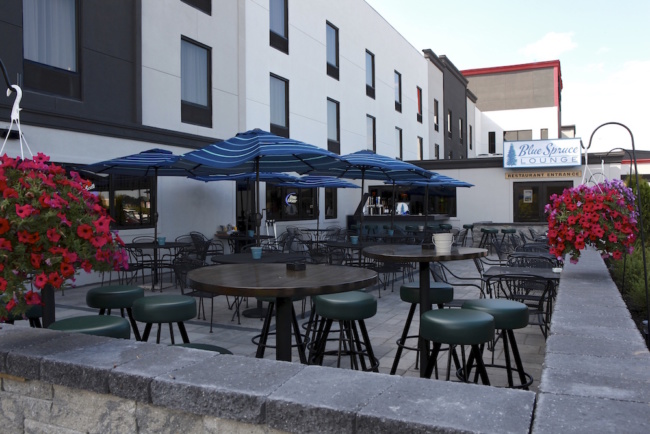 The location has experienced several incarnations over the years, including stints under names such as Daniela’s and the Carnegie Café; 20 years ago when the property was a Days Inn, there was also a Daysy’s venue that specialized in Friday haddock dinners. Now it’s Blue Spruce’s turn to branch out, with Joe Borello handling the catering, banquets and restaurant portions of the business. “If it’s food and drink,” Borello declared, “I own it!”

The lounge’s makeover included relocating the staging area for musicians. The former band space at the right of the room, where Dinosaur deejay Nick Caplan’s cavalcade of reunited Salt City acts once held court, now features dining tables and plush booths for relaxed imbibing. The lounge’s left side holds the new stage, which can even be sectioned off with a portable wall so it can be used as a smaller private room seating 12. Tables and chairs can quickly get moved to allow more room on the dance floor.

The lounge seats 99, while the brand-new outside patio has room for 92. Recently landscaped to include several freshly planted spruces, the patio’s al fresco atmosphere also allows for bands to serenade customers.

Beyond the amenities, Borello said, “We’re a restaurant first, with an average demo of 35 to 105. We serve upscale comfort food. We don’t charge an arm and a leg; we want people to come back. We’re after the local crowd.”

Two doors down from the Blue Spruce was the Trivet House (now the location of Chase Bank), where a teen-age Borello got his first job as a dishwasher in 1982. “This is my neighborhood,” Borello said about his family’s roots in the Chestnut Heights area, around Seventh North Street and Buckley Road. (His dad, also named Joe Borello, was one of Syracuse’s greatest southpaw bowlers.) “I want everybody’s friends and families to stop by.”

Executive chef Rob Ballard also grew up near Borello around Chestnut Heights. “We want you to come back and tell your friends,” Ballard emphasized. “We want to treat you like family when you are in our house.

“More than 90 percent of our menu doesn’t come from a box,” Ballard continued. He also expressed his displeasure regarding the use of microwaves. “‘Chef Mike’ has never created a darn thing in this kitchen. He does not work here!” 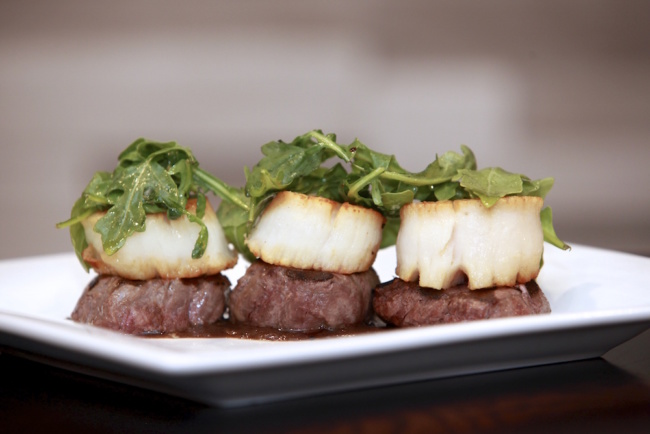 As if to accentuate that point, Chef Rob brought out made-to-order treats such as a visually striking Caprese salad with basil, and a petite filet medallion adorned with pan-seared scallops. Aside from such classy entrees, the Blue Spruce menu boasts burgers, flatbread pizza, sandwiches and more, plus some gluten-free selections.

“Every single weekend we offer five to 10 different items on the menu, with daily specials just to make it fresh,” Ballard said. “Soon we’ll put in the fall produce: the squashes, Brussels sprouts, rutabagas. We’ll play with the food.”

Borello keeps the menu local, too. “We’ll go to Mexico to get maple syrup, we’ll get turnips from Emmi’s Farm Market, apples from Abbott Farms in Baldwinsville, strawberries from LaFayette, bread from Geddes Bakery and produce from the Regional Market.”

Last winter Borello was searching for distinctive decorations for his soon-to-open venue when at an auction he made his first purchase. Now hanging behind the bar is a vintage black-and-white photo of Rat Pack mainstays Dean Martin and Frank Sinatra, with a telling quote from the latter lounge lizard: “I feel sorry for people who don’t drink. When they wake up in the morning, that’s as good as they’re going to feel all day.” Who can argue with ring-a-ding-ding wisdom like that?

The Blue Spruce Lounge is open Mondays and Tuesdays, 4 to 11 p.m.; Wednesdays and Thursdays, noon to 11 p.m.; Fridays and Saturdays, noon to 1 a.m.; and Sundays, 1 to 8 p.m. There is also a weekday happy hour from 4 to 6 p.m. with half-price drinks featured.