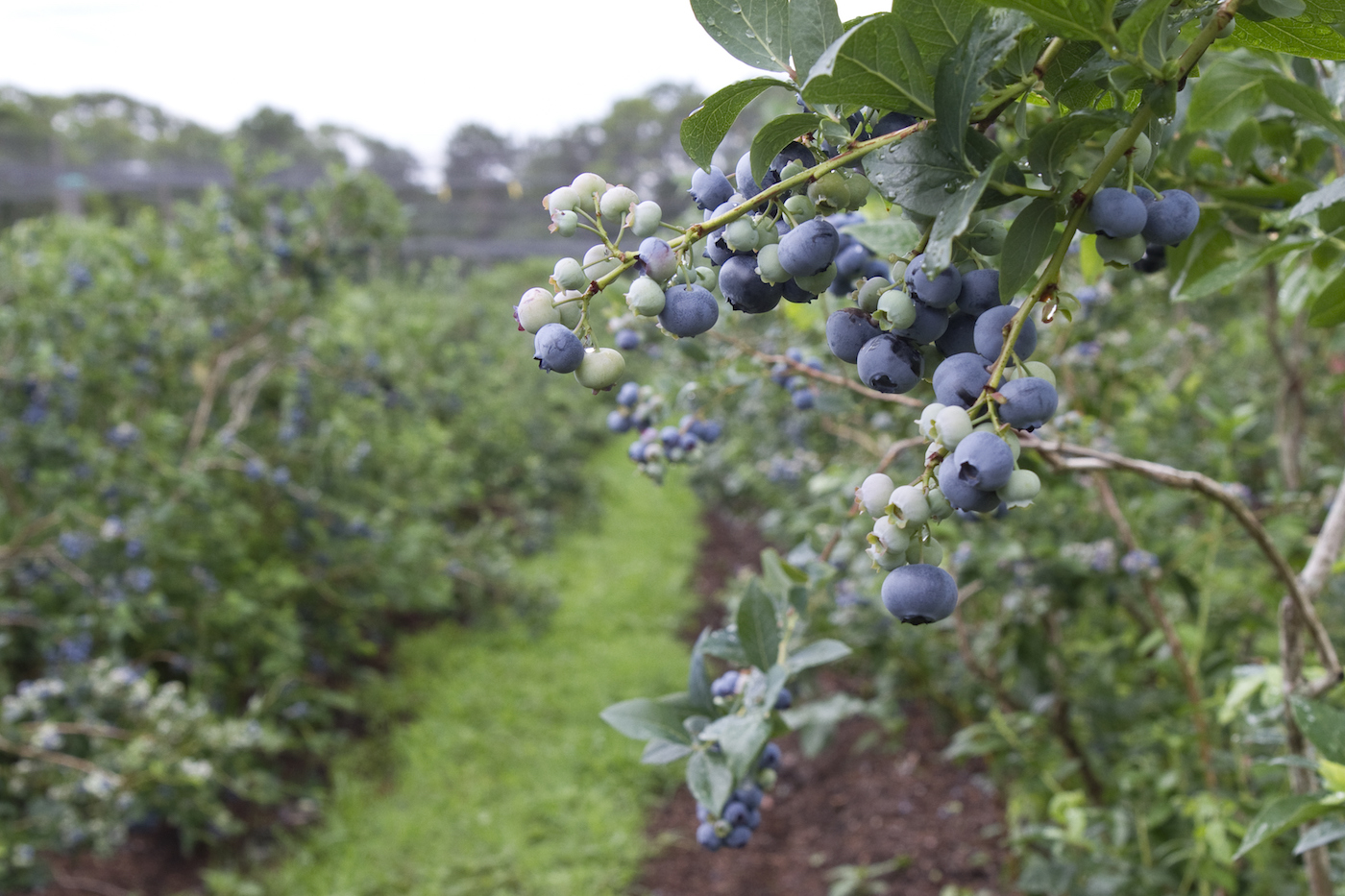 The fifth annual summertime Blueberry Jam Music Festival at Critz Farms in Cazenovia promises live music and children’s entertainment on three stages, craft beers and hard ciders made on site at Critz Farms Brewing and Cider Co. and an array of blueberry treats including fritters, pie and muffins. The only thing missing on Aug. 20 will be blueberries for visitors to pick and take home.

Don’t blame it on this summer’s drought conditions. Blueberry season at Critz Farms ended abruptly in mid-July. According to Matthew Critz, who owns the farm and agritourism operation with his wife, Juanita, the mild winter followed by several 60-plus degree days in March caused the blueberry plants to start forming buds too early. Then two nights of zero-degree-temperatures in early April caused severe damage.

Some varieties did produce a crop, Critz said, but it was minimal. A few customers were able to pick blueberries and the Critzes themselves picked much of what was available to put in the freezer and use in the blueberry specialties visitors have come to expect at the Blueberry Jam.

The same weather conditions caused some of the Critzes’ apple trees to bud early as well, which is expected to result in a lighter-than-usual crop for U-pick this season. The good news: A bumper crop of pumpkins is expected this year. Pumpkins love the heat, Matthew Critz says, and their leaves hold in moisture, even though there hasn’t been a lot of rain.

The Critzes and other farmers in Madison County are facing dry conditions, but not the severe drought situation that farmers to the west are experiencing. The difference is noticeable driving west on Route 20, Critz says: You go from green in Cazenovia and Pompey to a scorched landscape the color of straw in LaFayette, the town of Onondaga and beyond. Last week, the state Department of Environmental Conservation issued a drought warning for much of Central and Western New York, and parts of Northern New York, including Jefferson County.

Erica Leubner, co-owner with her husband, Tim, of Tim’s Pumpkin Patch in Marietta, describes the situation there as severe drought and hopes that Mother Nature delivers a couple days of drenching rain this month — the kind that keeps you inside all day if you’re not a farmer. Pumpkins are resilient, she says, but some are turning orange already and others are showing signs of the stress they are under as a result of little rainfall. The pumpkin crop could be lighter than usual this year, she says, and some pumpkins are likely to be misshapen as a result of the drought.

“In August, when pumpkins are gaining most of their size, is when we need rain,” Leubner says. “Pumpkins are definitely going to be smaller this year.”

Tim Leubner is a partner in his family’s dairy operation and the drought conditions are weighing heavily on the family and many dairy farmers across the state, Erica Leubner says. Drought affects the quality and quantity of feed that farmers rely on in fall and winter. A shortage, combined with record low prices for milk, are causing a “one-two punch” of stress, Leubner says.

She should know: Leubner works as a family farm consultant for NY FarmNet, a nonprofit based at Cornell University that offers business planning, financial analysis and personal consulting to farms. Services include a 24-7 hotline, and crisis calls have been coming in, Leubner says.

“It was very dry in 2012, but we got rain in August,” Leubner recalls. “I don’t think we’ve ever seen a stretch of dry weather like this. We’ll just keep doing what we do and hope for the best.”

Gordon Tripp, owner of Owen Orchards, near Elbridge, says the weather has been a challenge on multiple fronts this year, starting with a mild winter, warm March and punishing cold in April. He was already expecting a light crop, because the spring weather caused damage to Empire, some Honeycrisp and other apple varieties. There will be apples, he says, but they are likely to be smaller in size because of the drought.

In the Finger Lakes, just about everyone is concerned about what impact the drought will have on the vineyards. The situation is “very tense,” according to the New York Wine and Grape Foundation, and fingers are crossed for rainfall this month. A dry harvest in September is optimal but lack of rain now could result in an early harvest.

Katie Roller, marketing and public relations manager for Wagner Vineyards Estate Winery in Lodi, on the east side of Seneca Lake, says the weather is always a roll of the dice. Grapes need water but don’t like to sit in water, so too much rain can be a problem some years. Grapes also have long-established root systems and can weather the dry conditions, to a point. Grapes will be smaller in size this year and yields are expected to be light, she says.

The silver lining: “The conditions are definitely not ideal, but there is potential for the quality of fruit and wine to be excellent.”

The Blueberry Jam at Critz Farms takes place on Saturday, Aug. 20, 11 a.m. to 10 p.m. For more information, including music lineup and ticket pricing, go to theblueberryjam.com.