Local Cuban Immigrants have plenty of passion to go around

A friend told me that the lobby of the Cooperative Federal Credit Union, where she works, is usually full of Cuban-born Syracusans on Fridays. So last week, just two days after President Barack Obama announced the reopening of diplomatic relations with Cuba and a series of measures designed to increase economic ties and travel between the two Cold War enemies, I thought that would be a good place to go to take the pulse of the community.

My friend was right, and there was no shortage of Cuban immigrants eager to give their opinions about the latest twist in the long and agonizing conflict between their homeland and the country that has taken them in.

It was a chilly afternoon, with a wet wind whipping down North Salina Street, but things quickly heated up in the lobby as soon as I asked some of the people waiting in line about the news coming from Washington and Havana.

One older woman expressed doubt that the changes would ever go into effect. Most of the crowd was hopeful but by no means certain that the relations would improve and they would ease life for their families left behind on the island.

Their anger at the Castro regime was palpable, and to a person they hoped that the change in diplomatic status would be a good idea, especially if it led to a change in the Cuban regime. But mostly, they wanted to be able to help their families back home. The room filled with an exchange of stories about loved ones living with less and less every year.

Did they blame the embargo, the Cuban government, or both?

For them, the blame lay squarely with the Cuban Communist government, but they had no use for the hard liners in Miami who rejected any opening to the island.

“We are not like the old Cubans in Miami,” said one man in his mid 40s, a machinist who has been here since 2002. “We have a different experience. We were born in a different era. Cuba needs the United States. The United States needs Cuba. If the presidents talk and come to some agreement that could help the people, that’s a good thing. We hope it gets easier to send a little more to our families. I have my father there, so we try to send a little bit of money when we can.” 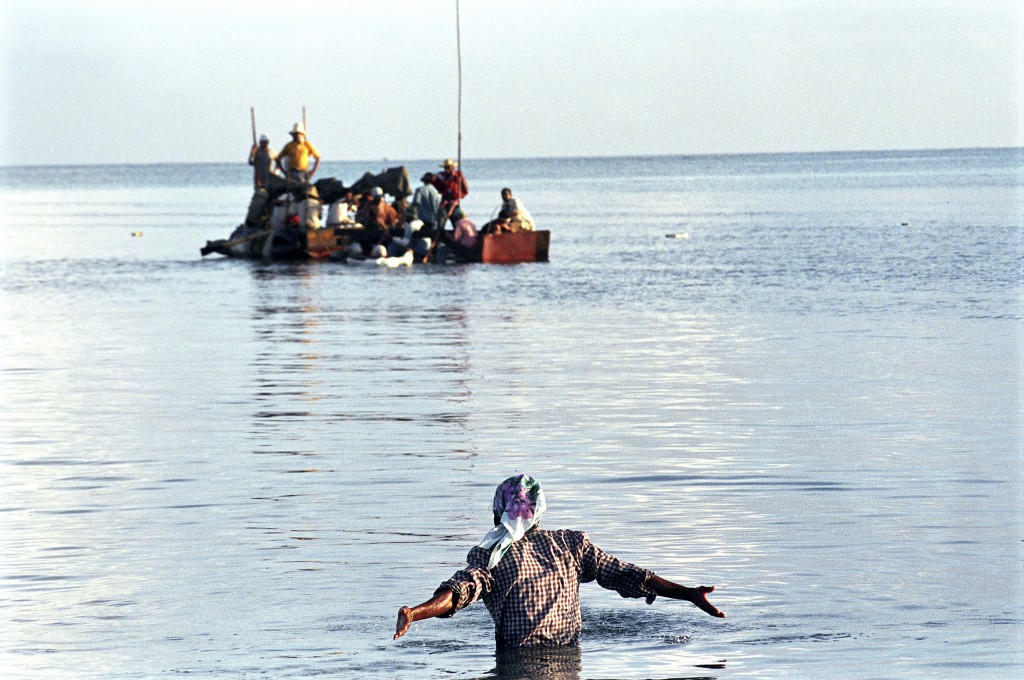 And there was this: Everyone who spoke up was afraid to have their names appear in print.

At age 49, he is nearly as old as the embargo itself, and he is cautiously optimistic that the changes announced last week will bear fruit.

“We’ve seen steps taken in the past, and then they take steps backward. We’ll see if it’s true this time.”

Above the sound of many conversations, a factory worker who gave his name but asked that it not be printed offered the following assessment:

“I’m in agreement. My family is there, and they have needs. We can’t let them continue to live the way they live. If the presidents want to dialogue and come to an agreement, that for me is a good thing. Cuba needs the United States. We need medicine, we need food.  I know that the embargo still exists, but first they need to open embassies. Something has to happen. Cuba has to change.”

Most of the people I spoke with didn’t think they will ever return to Cuba. They like the idea of being able to visit without going through Canada. If things change, said the machinist, he hopes to spend more time on the island.

As a couple waiting in line listened to the debate going on around them, a woman turned to me and told of the trouble she faces trying to send clothing and other basic goods to her family.

“What we want for Cuba is food, and liberty.”

Her husband dismissed her.