(Living Space) “The roof is metal, so when it rains, it makes a beautiful sound’’

When Beth Egan was a student at Syracuse University, downtown redevelopment was just beginning.

“When I was in school, there was just Pastabilities,” she said.

When she returned to Syracuse in August, as associate professor of advertising at SU, she and her husband moved into the latest downtown project: The Pike Block. 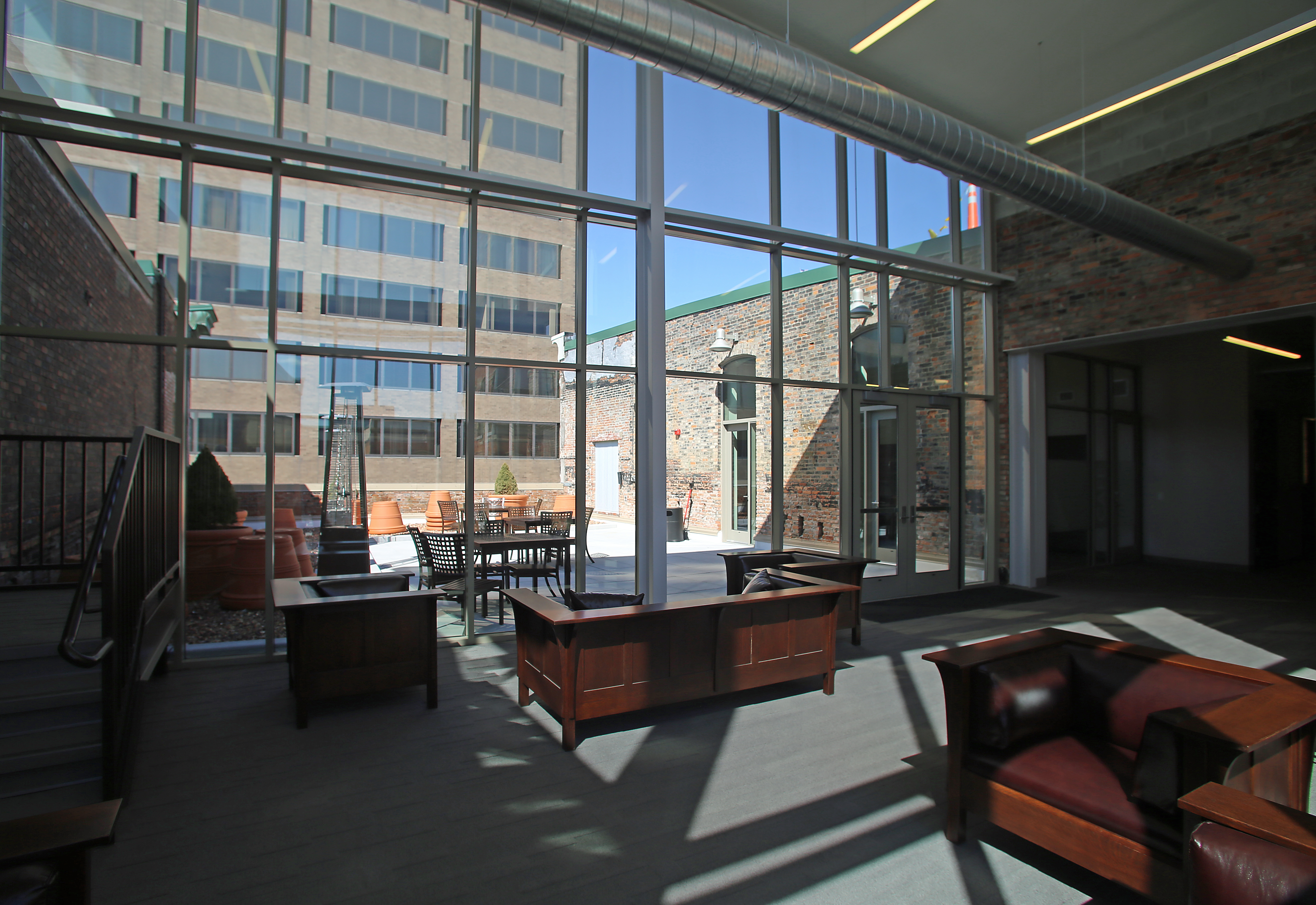 Residents of apartments in the Pike Block share an inside lounge and outdoor patio. (Gloria Wright Photo | Syracuse New Times)

VIP Structures Inc. is turning four underused historic buildings — the Witherill, Chamberlin, Wilson and Bond buildings, which have been part of downtown for more than 100 years — into a $25 million, 130,000-square-foot mixed-use facility in the heart of downtown. The project is named after Henry Pike, who built the four-story Witherill building on West Fayette and South Salina streets in 1855. 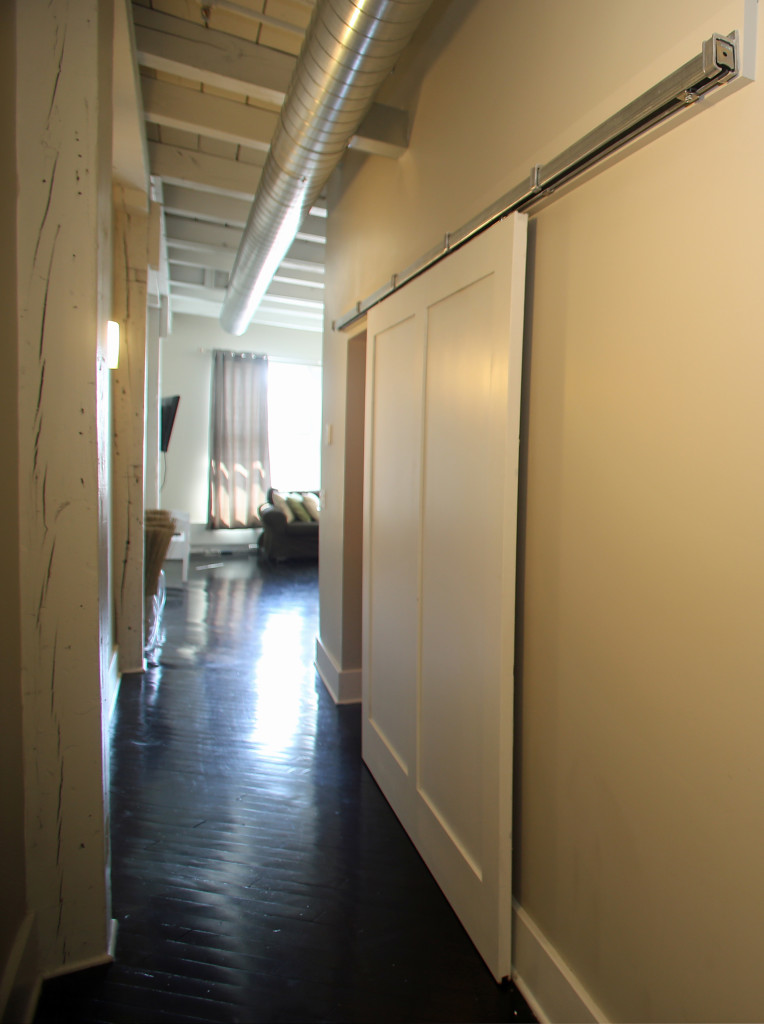 After 20 years living in New York City, Egan wanted to keep as much of that urban lifestyle as possible. They looked at the Lofts on Willow, but decided they wanted more privacy than lofts can provide.

“We wanted to be able to go to the bedroom and shut the door,” she said.

Then they looked at the Pike Block apartment in the Witherill building “and it felt like someplace I wanted to go home to,’’ Egan said.

“I’m really happy to be down there,’’ she said.

They moved in while work was still progressing, and walked up the stairs to the top floor for 2½ months until the elevator was completed. And when the public lounge area was finished, she was happy to see it furnished with Stickley furniture.

The three windows in the living room face south, flooding the space with light, she said. Neither of the apartment’s two bedrooms, one of which is used as an office, have windows, which Egan said makes sleeping easier. 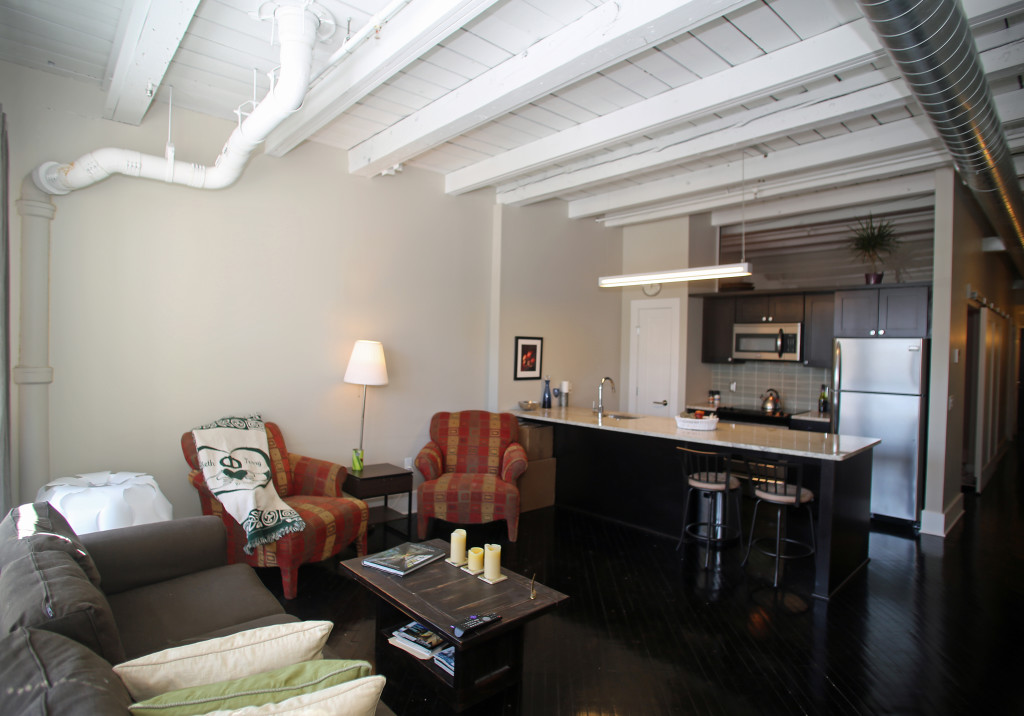 Living on the top floor included a bonus Egan said she didn’t expect.

“The roof is metal, so when it rains, it makes a beautiful sound,’’ she said.

Did you enjoy LIVING SPACE: The Pike Block? CLICK HERE TO SEE OTHERS!