Keith Morris Washington’s pieces in “Within Our Gates: Site and Memory in the American Landscape” depict locations where lynchings took place.

Keith Morris Washington’s paintings approach American landscapes from a very different perspective. The works don’t focus on soft skies or calm waters or communicate a sense of tranquility. Instead, the paintings provide a context for Washington’s exploration of lynchings, which he describes as a ritual of human sacrifice. Within Our Gates: Site and Memory in the American Landscape, an exhibit of six large artworks, is on display at the ArtRage Gallery. 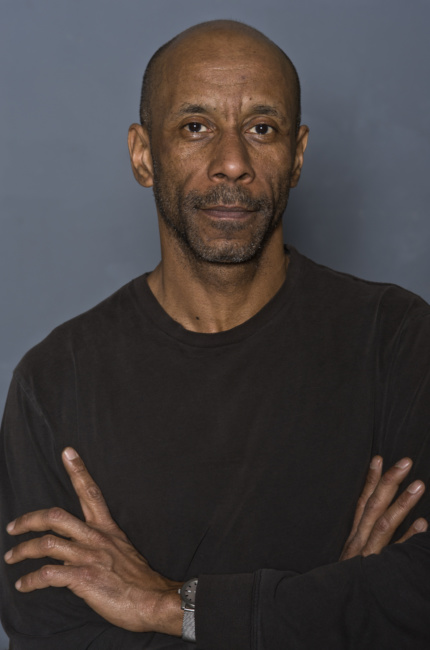 The paintings began with Washington doing research and then taking photos of sites, including a swamp near Yazoo City, Miss., on the outskirts of Laramie, Wyo., on a rural road near Columbia, Tenn.

In the instance of Yazoo City, Willie Minnifield was seized by a mob and burned at the stake; his attackers escaped any punishment. The Laramie incident, meanwhile, was one in which three people badly beat Matthew Shepard and tied him to a fence. He died six days later from his injuries. In the third incident, a mob tortured Cordie Cheek, hanged him and desecrated his body.

All of these paintings concentrate on landscapes. They don’t depict mobs or someone hanging from a tree. And yet Washington directly engages with past and present. On one hand, he discusses events like the murder of Minnified in 1923 and the killing of Shepard in 1998. On the other, he argues that we can’t expunge memories of ritual violence or wipe away the need for communities across the United States to address grim aspects of their histories.

The paintings he creates with oil and acrylic on linen play with mood, color and perspective. In a work portraying a location near Hattiesberg, Miss., Washington uses purple and red colors to express brooding, and depicts tall, tall trees extending from the bottom of the canvas to its top. This work references the shooting of R.J. Tyrone, an African American, by a white merchant.

That piece isn’t a prototype for the series. For the site near Laramie, the artist employs earth colors, waves of brown and orange, communicating a sense of the West. In the foreground, a cross stands on a pile of rocks, while buildings appear in the distant background.

When Washington painted the junction of routes 50 and 50A near Columbia, Tenn., he utilized yet another approach. Here he contrasts a drab view of a road, sky and treetop with a bunch of lush green trees. They are seen in a frame isolating them from the rest of the painting; that’s a technique used successfully in several of the artist’s works.

Each painting is accompanied by text discussing an incident and providing horrific details. However, no dates are supplied. The artist wanted to avoid emphasizing the murders as events somehow lodged in the past.

Washington states that he’s very much concerned with present-day consciousness of lynchings, with a pattern of repressed memories and denial of the consequences of ritual terror. According to the artist, that situation will continue until our society fully confronts the phenomenon of lynchings.

In addition, his statement references the use of lynchings to enforce a system of racial segregation in the South; the vast majority of those murdered were African Americans. Yet Washington states that “females, and European Americans are not exempt.” Indeed, several historians have documented events like the New Orleans massacre of 1891, which took place after the murder of police chief David Hennessey. A mob broke into the city jail and lynched 17 Italian immigrants, none of whom was convicted of a crime.

While Within Our Gates clearly has its own identity, it also links to a larger discussion of lynchings. In recent years, communities ranging from Memphis, Tenn., to Duluth, Minn., have put up memorials commemorating people who were lynched. On Thursday, April 26, the Equal Justice Initiative in Montgomery, Ala., will open the Legacy Museum and National Memorial for Peace and Justice, dedicated to more than 4,400 victims of lynchings.