The production apparently isn’t off the hook

I saw a story on Screen Rant while searching for movie news Wednesday that says Johnny Depp has been injured during the filming of Pirates of the Caribbean: Dead Men Tell No Tales.

The headline says production is minimally impacted, so I quickly scan the copy by reporter Sandy Schaefer to make sure that doesn’t mean that they’re going to continue filming without a dying man.

I see: “Although star Johnny Depp is about to undergo surgery for a hand injury, the movie’s ongoing production is expected … ”

And now, I must admit, putting two-plus-two together, the first image that popped into my head:

Depp being wheeled out of surgery and being fitted with a hook.

Come on. Didn’t you?

Filming started last month for the fifth installment of the franchise, on the Gold Coast of Australia, appropriately enough. It’s expected to be released in July 2017, matey.

Cinema Blend’s story by Eric Eisenberg about the dilemma says the bad weekend included the production being “interrupted when a man wearing pirate regalia came on to the set waving a knife around.”

Since you took a big bite out of your wallet … 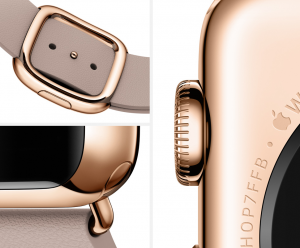 With people so regularly hacking me off with their cellphones in the movie theater, pardon me if I’m not all goose-bumped over the upcoming relationship between the Apple Watch and Fandango.

When the iPholks newest technology is released on April 24, movie ticket online conglomerate Fandango will be ready with an app that will allow you to use your new apparatus to buy the ticket and get you inside your neighborhood complex.

Writes reporter Gregory Wakeman for Cinema Blend: “Fans that purchase their tickets from the service will get a mobile barcode ticket delivered straight to their Apple Watch. Then all you have to do is show the Apple Watch app to the individual scanning tickets at your theater, and you will instantly gain entry to your screening.”

Well, OK. Of course, I don’t see why that’s too much different than being able to do that with an app on, say, the iPhone 6 that so many of us already own.

Even with mine, I’d still go to the box office and buy a paper ticket. Sure to turn in to my editors so I can get reimbursed for my Monday blog review … but also because I am a creature of habit.

The Apple people are going for others, though, who want Anything New, with the cheapest Apple Watch priced at $349 and a version for, what, presidents and dictators, available for $10,000 version.

I can just see the movie promos telling those high-enders to not only shut off their phones, but to take off their Apple Watches and stick them where the screens can’t shine.