…in search of flax linen

A short power outage didn’t stop shoppers at the annual Flax Barn Sale in Ithaca April 25. While waiting for the mercury vapor lights to come back, shoppers pulled out their smartphones, turned on their flashlight apps and kept digging.

The annual Flax Barn Sale in Ithaca is a rite of spring for some. For others, it’s a nightmare best avoided.

The three-day sale of generously cut flax linen clothes draws thousands each year to Ithaca, where the clothing line got its start as Angelheart Designs in the late 1980s in a renovated dairy barn. The site varies from year to year. This year’s sale, April 25-27, was held in a vacant store at Triphammer Marketplace, 2255 N. Triphammer Road.

There are no racks or pretty displays. Shoppers dig through large cardboard boxes with sizes ranging from petite to 3X printed on the side with marker.
Retail prices begin at $40 for a scarf, and climb. 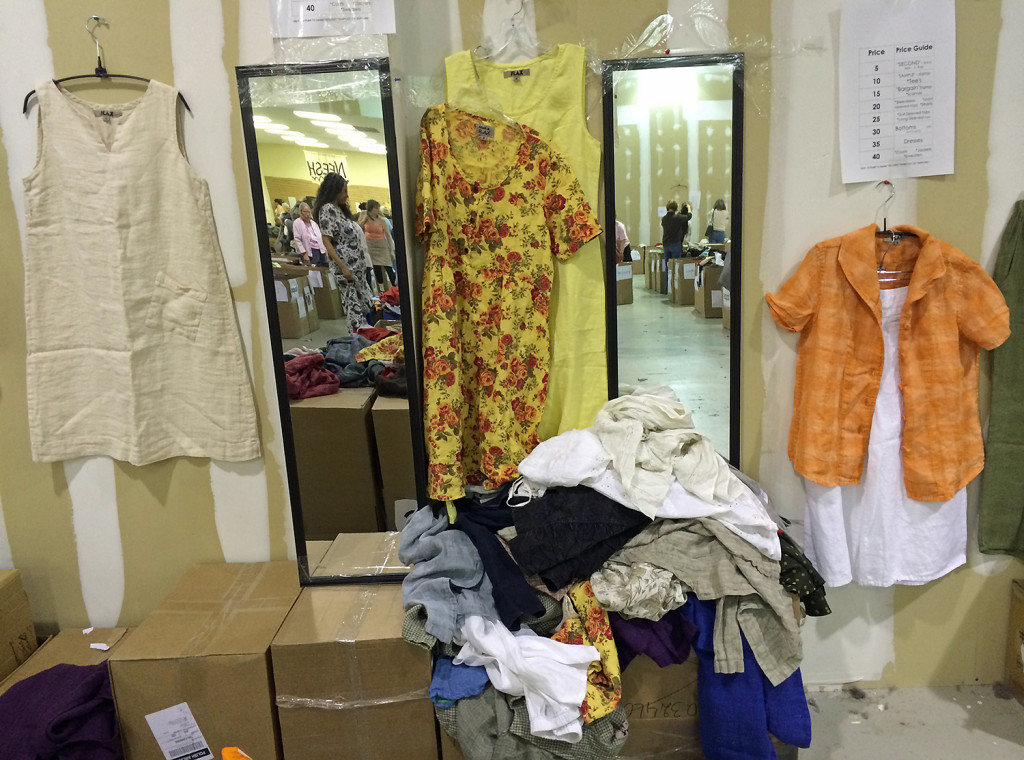 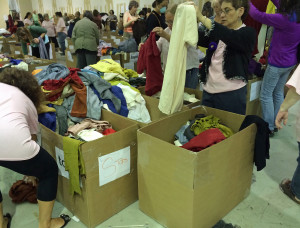 Although both men and women of all ages came to the sale, most were middle-aged to older women. A curtain separated a dressing room from the main shopping area, but many didn’t bother, and simply tried on the clothes as they were pulled from a box. Strangers shared opinions while jockeying for space at the mirrors.

“That’s not a good color — for anybody,’’ one woman said to another who was trying on a dress with red polka dots on a khaki background.

“That color looks great on you,” a woman said to another trying on a purple linen jacket.

The sale is staffed by volunteers, who are paid in money or clothes. One woman flies up from Florida every year to volunteer.

One woman digging through boxes said that last year she shopped only in the dressing room, going through piles of clothes discarded by others.