He has produced a 400-page novel, which he has sold mostly door-to-door and on the street.

Dale Harp remembers lying on a bunk, staring at the fluorescent light in the ceiling at Elmira Correctional Facility. It looked exactly the same as it had 30 years before, when it had been a facility for juvenile offenders and he had been locked up there. He realized then that writing a book would probably be his best bet to avoid sitting at card games, which inevitably led to a beef, a flare of violence and more time to serve. Thirty years later, he has produced a 400-page novel, which he has sold mostly door-to-door and on the street. He hopes his story will deter others from following his path in life. 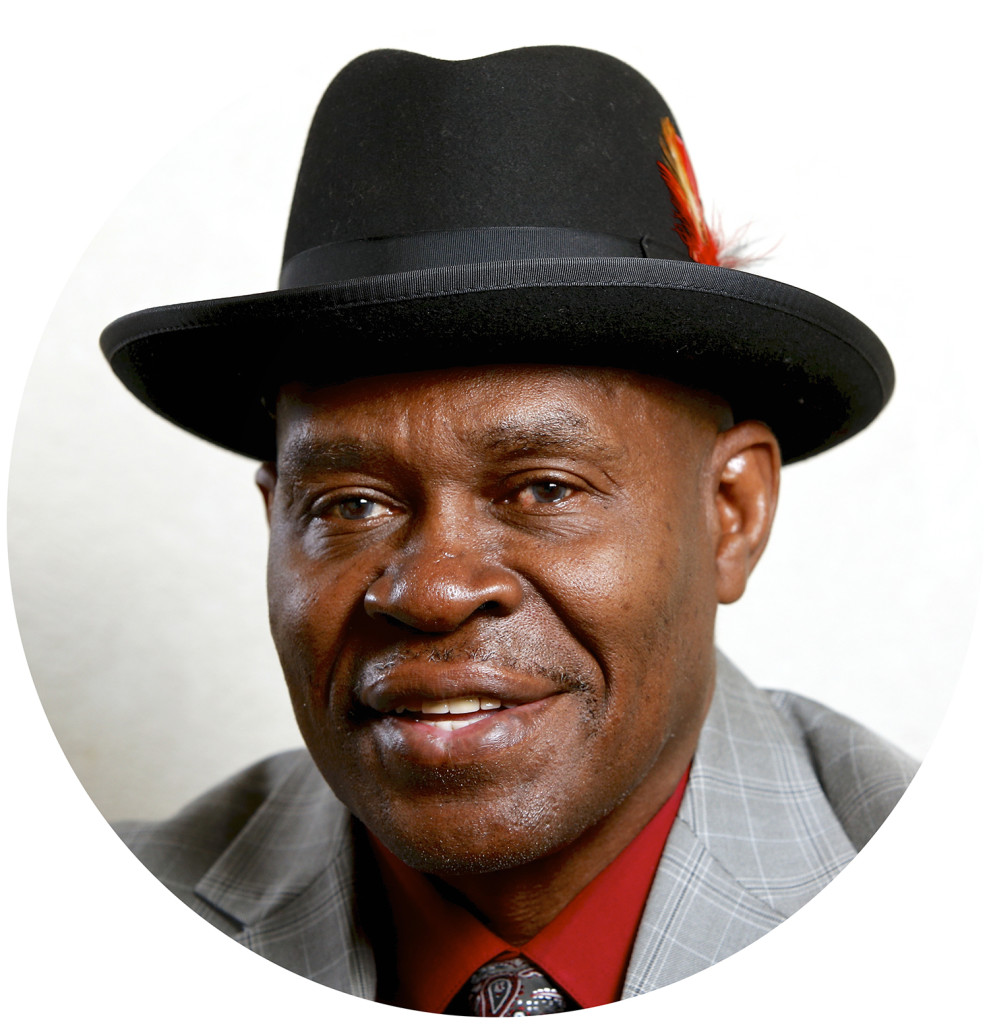 In your book introduction, you say you’re going to write about how oppressed folks in this city end up in negative situations, but the narrative begins with police knocking on the door of a person of color in suburban North Carolina.

My point is, there’s no limits on the prosecution of murder, homicide and manslaughter. I knew I had to write a book, and I first got a vision of the cover — two males running with dog’s heads — so the title was The Day My Dawgs Ran. Dawgs was how we referred to each other, which is different than dogs, and probably came from television back in the day with Deputy Dawg.

But I didn’t know what the book was about. So I thought about someone who started out at 17, living with bad influences and happening to be with people involved in a shooting. It’s 30 years later. He’s left Syracuse, and he’s made it. But the point is, if you don’t get off the plane now, it’s too late once you land.

The cover also has a tiger, who is not dressed as a dawg. He represents the one who does the ratting on his friend 30 years later.

Does the book portray things that happened in Syracuse?

These are things that are factual events. I made them fictional so I could bring the facts together. They didn’t happen all at the same time, but people can relate to them because if they hadn’t  had them happen to them, they had a relative, a friend, someone they know is either going through this, or headed in that direction.

Did you worry that someone might see themselves in your story and think you were exposing them?

No, because I was once told, “Never let ignorance outshine wisdom.” I feel that if I’m letting you know that this is what’s going to happen down the line, and you’re not listening to me, then you’re being ignorant. Now if I have the wisdom to let you know what’s going to happen, and I don’t let you know it, then I’m being more ignorant than you are. After 40 years out there in the street, there’s nothing that surprises me about how things go.

You cite the term “brother” as a reference black men once shared in common, and it was positive, but is no longer the case.

What I meant by that is that the term “brother” was, in the days of civil rights, bringing us closer together, to unite, instead of being boys, becoming men. Now it seems to be you can go out on the corner and call somebody “brother” and you can get damn near beat to death because “you’re no kin to me.”

What did it take to get the book published?

When I wrote it, I knew nothing about publishing, so I read Getting Your Book Published for Dummies, and talked to a lot of people. I paid for it to get printed by Digital Publishing, in Florida, 475 copies. I’ve got 11 left. Anyone who wants to buy one for $18 can call me at 876-6880, and I’ll deliver it. I’ve called the big companies like Barnes & Noble and Simon & Schuster, but they’re saying I should get an agent. Right now, I’m volunteering at the Mary Nelson Center in exchange for space to work on my next book.

Walt Shepperd started with the Syracuse New Times in 1971 as a columnist, feature writer and editor. Shepperd is also founder of the Media Unit, a national award winning hands-on training program for Central New York teens.