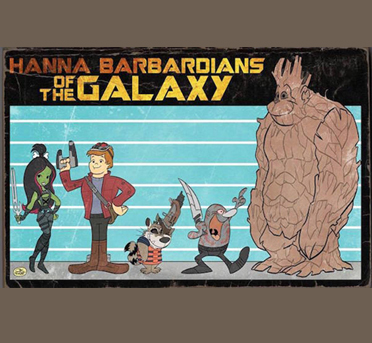 The Guardians of the Galaxy social media publicity machine is still cranking strong, even though the calendar now reads 2015 and it’s been almost forever in movie time since the Marvel Universe released that one. (That would be July 21, 2014, for those of you keeping score at home.)

Of course, this stuff happens when the latest line on the cash register receipts reads $333 million taken in at theaters in the United States, according to the Jan. 4 figures put out by boxofficemojo.com.

The latest fun little story posted Wednesday by Nick Romano on cinemablend.com reports that director James Gunn has shared an image on Facebook that imagines how his characters would look if drawn for classic Hanna-Barbera Productions Saturday morning cartoons.

I loved classic Hanna-Barbera cartoons. Romano and Gunn got me good with this one. 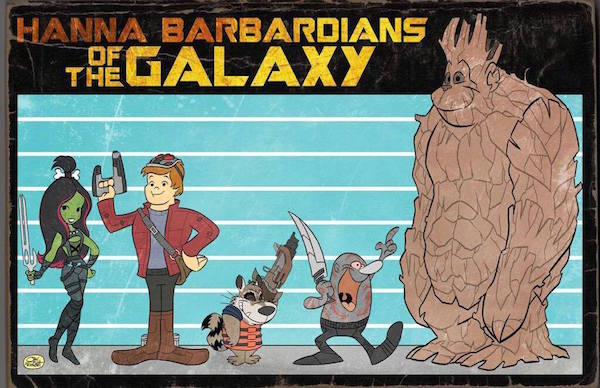 Writes Romano: “Dubbed Hanna Barbardians of the Galaxy, the spoof remolds our intergalactic team of misfits into the best cartoon that was never made: Gamora as Pebbles from The Flintstones, Star-Lord presumably as Bam Bam, Rocket as Muttley of Wacky Races, Drax as Captain Caveman of Captain Caveman and the Teen Angels, and Groot as Grape Ape from The Great Grape Ape Show. So now I guess his catchphrase is “I am Grape Ape”?”

Says me: Yabba dabba do!

Another period piece for the actress with the hyphen 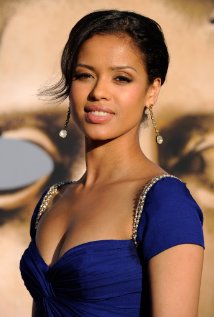 Gugu Mbatha-Raw totally won me over as contemporary woman of song Noni in last year’s Beyond the Lights.

So I couldn’t fast enough click on the story Wednesday by James White for empireonline that reported that Mbatha-Raw has landed the lead role next to Matthew McConaughey in the upcoming Free State of Jones.

Earlier in 2014. Mbatha-Raw starred in the period piece Belle. Jones, too, will take movie-goers back, to the times of the Civil War.

Writes White: “Gary Ross has been developing the American Civil War drama for several years now, planning to bring to the screen the story of Newton Knight. A Mississippi man who had been a loyal Confederate recruit, he defected from the army and took a group of like-minded troops with him to create the Free State of Jones. Knight later married a slave (Mbatha-Raw’s Rachel), creating one of the first ever publicized mixed race unions in the South, fought against the Confederates from within his new state and led a daring raid to free children who were still enslaved following the end of the conflict.”

The red-hot Mbatha-Raw also is in Jupiter Ascending, the fantasy-action flick starring Mila Kunis that hits theaters on Feb. 6, the Keanu Reaves drama The Whole Truth due out later this year, and Will Smith’s as yet-untitled drama about concussions suffered by players in the NFL.

Makes me want to buy a scooter and let the wind blow back my thinning hair. See Gugu’s Talia with Tom Hanks’ title character in Larry Crowne if you don’t get that one.

I do my part for America and go see ‘The Interview’
The long, slow buzz of ‘Inherent Vice’
To Top