This week, some good-hearted local folks will go through an annual and eye-opening exercise of trying to live for seven days on food stamps. Among the lessons that participants in what is called the “SNAP challenge” reliably learn is this: You can’t live on food stamps.

(Food stamps are no longer officially known as food stamps; they are no longer even stamps. The Supplemental Nutrition Assistance Program (SNAP) provides recipients with debit cards to make their purchases.)

This year, a Democratic president signed a farm bill that cut spending for those benefits by about $8 billion. The farm bill received the support of our Rep. Dan Maffei (D-Syracuse). How far we have come since food stamps began as a bipartisan initiative five decades ago. 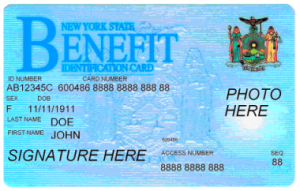 The food stamp program was never intended solely to feed the poor. It was always that, but also a subsidy to farmers and food-producing companies. As such, it was a tribute to democracy and to the messy genius of compromise. Two generations ago, people like the socialist Michael Harrington and, later, the Democrat Robert Kennedy railed about poverty and hunger in the richest nation in the world. Politicians figured out a way to make a dent in it: by appealing to the self-interest of people who would never consider themselves poor.

The food stamp program was a compromise that served two large constituencies: farmers and low-income families. Farmers benefited from an expanding market for their products; poor families inched toward a better diet; and each political band could claim its own measure of credit and reap the accompanying electoral benefits.

Let’s look at how far the political landscape has shifted since those days. I wouldn’t call this a shift to the right, certainly not to the left. It is only fair to call it a shift in the direction of cruelty, a shift that has made it acceptable to blame the poor themselves for the existence of poverty.

Among the early Senate supporters of food stamps were two boys from farm states who each grew up to become war heroes and failed presidential candidates. Robert Dole was a Kansas Republican, and George McGovern a South Dakota Democrat. Their collaboration was based on the notion that malnutrition among the poor, rural and urban could be alleviated by means of a program that simultaneously boosted demand for farm products.

The creation of food stamps was a “win-win” situation back before the term “win-win” was invented. McGovern and Dole later took their bipartisan show on the road as global ambassadors for the United Nations’ World Food Program.

In 1969, a Republican president, Richard Nixon, increased the amount of food stamps available to hungry families. On May 6, 1969, Nixon sent a special message to Congress that read in part: “That hunger and malnutrition should persist in a land such as ours is embarrassing and intolerable.. . .  Millions of Americans are simply too poor to feed their families properly.”

In 1977, the food stamp program was enhanced, thanks to bipartisan support in the Congress, a coalition that included Democratic Hubert Humphrey and the liberal Republican (when’s the last time you saw those two words coupled?) Jacob Javits. That change was endorsed by both the outgoing Republican president, Gerald Ford, and signed by the incoming Democratic president, Jimmy Carter. Another bipartisan effort in 1979 led to a modification that made the program available to an additional 1.5 million needy people.

In the 1980s, Ronald Reagan made blaming the poor fashionable and turned food stamps into a badge of shame with his anecdotes of welfare queens driving Cadillacs. Bill Clinton was all too willing to coddle the “Reagan Democrats” who found it easier to blame fictional welfare queens than modern-day robber barons for their declining buying power. Clinton’s 1996 welfare reforms were just the beginning of a new bipartisan consensus of giving lip service to aiding the poor while failing to address the roots of poverty.

In today’s polarized political environment, the only way a farm bill can get bipartisan support is by making a serious cut to food stamp spending. Maffei, like Obama, says he opposes the cuts in food stamps. But they vote for and sign the bill. The pair rail against the expiration of long-term unemployment benefits for 1.6 million workers at the end of 2013, but when push comes to shove, they shrug, hold their noses and join the parade.

Which leaves us to contemplate, for the moment, the prospect of a Democratic president signing a bill that Richard Nixon would have found too conservative to stomach, while our working poor strain struggling pantries and soup kitchens. I wouldn’t want to live on food stamps. Neither would you.