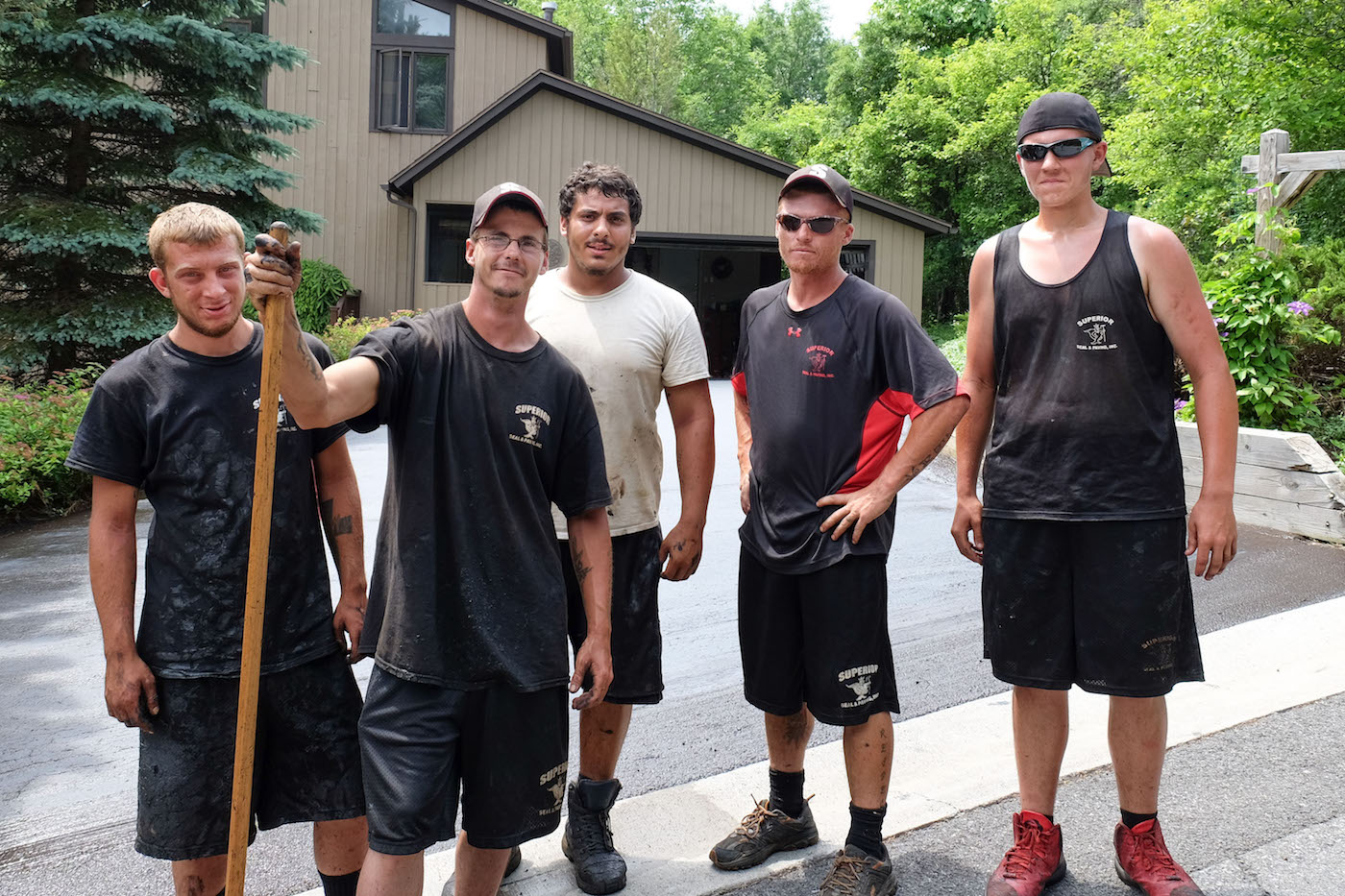 Ordinary photo subjects tell the realest stories of all.

The current show at ArtRage Gallery displays the fruits of an atypical photo project. People Who Came to My House: Portraits by Syracuse Area Photographers focuses entirely on people arriving at the artists’ houses: mail carriers, contractors, a piano technician, a friend from church, even a cyclist staying overnight in Syracuse in the midst of an extended bike trip.

Images of those subjects, plus excerpts from interviews with them, are the show’s backbone, yet it also has an intangible element, as it speculates about connections between people, about the possibilities of pushing beyond a hello-goodbye encounter with an individual to a longer conversation.

Photographers Bob Gates and Ben Altman, along with ArtRage’s staff, curated the exhibit. They initially reviewed a series Altman completed almost 10 years ago, when he lived in Chicago and spent time at home as his wife convalesced from an illness. He shot people who came to their residence and gained insight into the neighborhood.

That project served as a reference point for People Who Came to My House, not a how-to guide. The Syracuse photographers took their own approaches, shooting everything from stand-up portraits to images offering a glimpse into the subjects’ work lives. 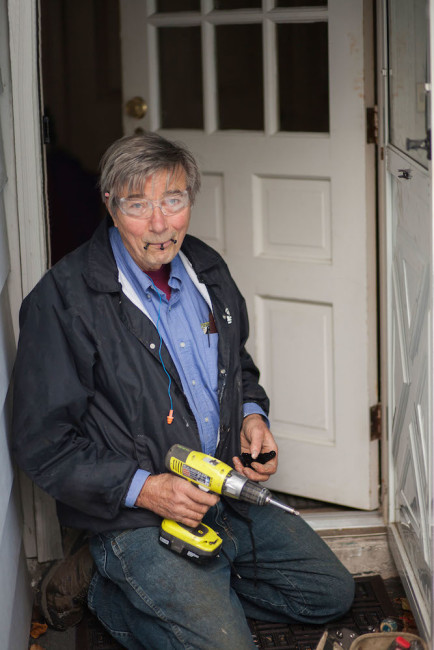 The show presents tangible photos like Dana Whitting’s shot of mail carrier Tamara McDonald holding envelopes, Brenda Mohammad’s image of landscaper Talleyea Simmons next to a lawn mower, and residential contractor Erwin Reiner, with a drill in hand and screws in his mouth, as photographed by D.J. Igelsrud. In Sarah Pralle’s photo of Even McFee, he’s fully equipped with a helmet, harness attached to his waist, and other gear, ready to climb a tree in his job for Bartlett Tree Experts.

The exhibit also presents Diane Lansing’s portrayal of her neighbor Fred Engel, who helped shovel her driveway on a snowy day, and Steve Reiter’s depiction of Robert Cernuda, the cyclist who dropped in at Reiter’s home for a meal, shower and sleep before hitting the road again.

The photos displayed at ArtRage reveal varied strategies for composing an image. The shot of Christine Wassel, who’s working as a babysitter, places her in the foreground while a young child does a somersault in the background. In a photo taken by Marilu Lopez-Freets, Dave Dancks, a maintenance worker at an apartment complex, stands in bright light while a co-worker is seen in a doorway, with little lighting.

The 29 images are paired with text, some of it consisting of extended quotes. Carpenter Richard McKinnon talks about his work, and Simmons, Reiner, Dancks and others speak of taking pride in their labor. In other instances, we learn about facets of the service sector. Dennis Stackpole, referred to as “the cable guy,” describes working for Time Warner Cable in Syracuse and then heading to New Jersey every other weekend to be with his family.

Extended comments from the subjects also are heard in People Who Came to My House, a 20-minute documentary made by Courtney Rile and Michael Barletta of Daylight Blue Media, based in Syracuse. The film, which encompasses interviews conducted by Rile and Christine Grayton, is aired on an ongoing basis at the gallery. 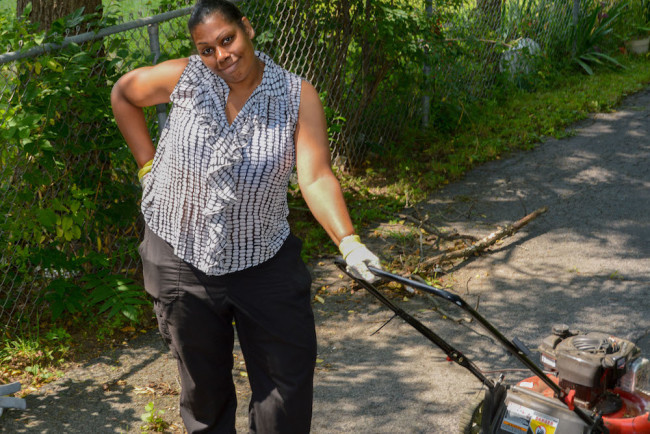 The various media all help develop the show’s perspective. It assumes that everyday people have lives worth examining and documenting, that it’s possible to portray them in an incisive, interesting way. The exhibit has ties to Altman’s Chicago work, as well as the series that Gates did several years ago when he shot folks waiting at Common Center, then the transfer site for Centro, and to Studs Terkel’s oral histories affording people an opportunity to talk about their work.

People Who Came to My House has its own space, one dictated by a roster of photographers coming from various backgrounds. They include retirees, a political science professor, graduate students and others. All agreed to approach people, most of whom were relative strangers, and ask permission to take their photos.

Thus, the exhibit began with a gamble, with a notion that the photographers would create enough material for a full-fledged exhibition. It ended with a portfolio of interesting images, with text that nicely complements the photos, for an exhibit focusing on communication and community.