Start revving up your engines: Thousands of hot rods and their drivers will be rolling into the New York State Fairgrounds this weekend for the annual Syracuse Nationals. 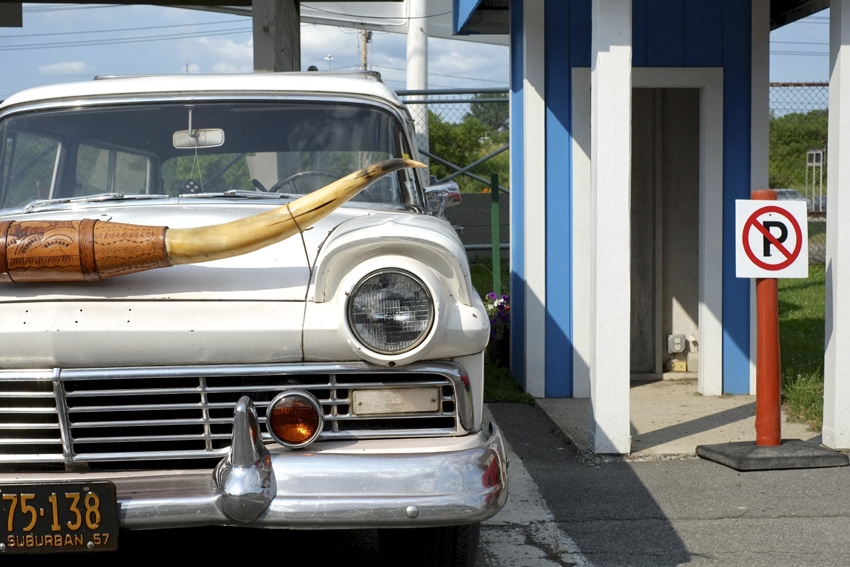 This year’s event, hosted by Right Coast Association, will draw more than 400 vendors, 7,500 hot rods and more than 86,000 patrons to the largest car show in the Northeast. The fairgrounds will be filled from the main gate to the midway with automotive fanatics, car-world celebrities, engine aficionados and pinstriping artists.

The Nationals isn’t some run-of-the-mill award show for best-sounding engine or sleekest paint job. It’s more of a laid-back car cruise, and with no designated parking spaces for participants, drivers can find any spot that’s up for grabs. (Shade-tree locations around Chevy Court go fast, however.)

“It’s really nice to have a family hang out for the day and walk around and see the cars,” said Dave Tucci of Tucci Hotrods in Marcy. “And you’re free to go whenever. You don’t have to stay parked there all day like at some car shows.”

The easygoing atmosphere allows attendees to jawbone with the cars’ owners, while vendors can lend one-on-one perspectives. “There’s a whole bunch of car vendors from the industry selling parts, giving technical support,” Tucci said. “Everything that’s revolved around the classic car, the hot rod, the muscle car-type thing, they’re there to answer questions.”

There are plenty of activities throughout the weekend, such as a flea market consisting of car parts and other novelties, musical entertainment on several stages (including gigs with The Coachmen, Grit N Grace and El Kabong) and a car corral consisting of used wheels for sale. Celebrities from automotive-related TV series and movies will also sign autographs and snap photos with eager fans. This year’s lineup includes artist Kenny Youngblood, Hot Rod magazine editor Steve Magnante, the cast of Shift and Steer, Jungle Pam and American Graffiti’s Oscar-nominated actress Candy Clark.

An incentive in previous years was the annual hot rod giveaway to one of the 7,500 car registrants. But this year’s Nationals will instead offer a garage gear giveaway, which will include a toolbox, a car lift and other components that would fill a garage. 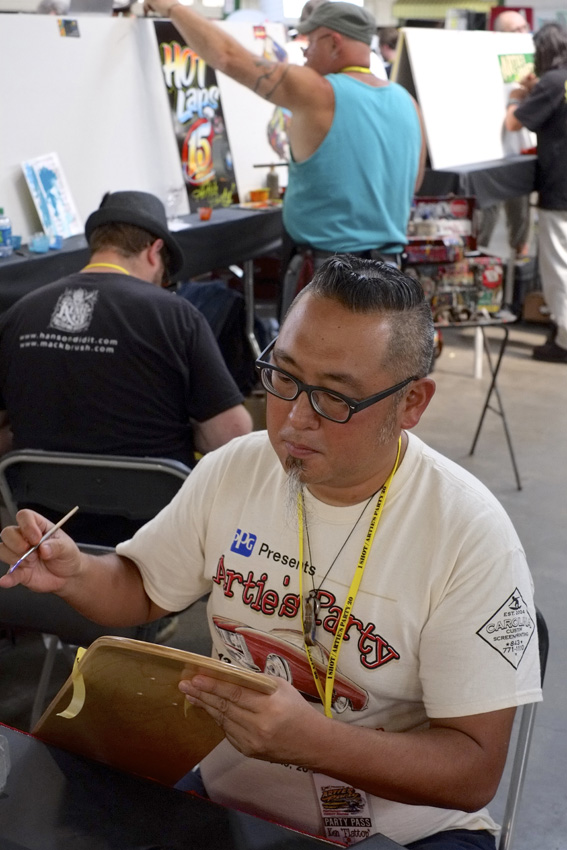 If you’re more of an artistic type, check out the annual Artie’s Party, taking place inside the Horticulture Building. Artie’s Party was born 10 years ago in the South Carolina pinstriping shop of Art Schilling. When Syracuse Nationals event director Bob O’Connor stopped at Schilling’s shop, he inquired about the original and swapped artwork on the walls. Schilling explained that he and some of his closest pinstriping friends get together and have a party, where they paint, swap ideas, and consume copious amount of pizza and soda.

O’Connor asked Schilling to bring Artie’s Party to the Syracuse Nationals nine years ago, and it’s now one of the weekend’s signature favorites. Schilling has also made it a charitable event, with each piece auctioned off delivering 100 percent of the proceeds to the Ronald McDonald House. Last year Artie’s Party raised $78,000 for the cause.

Artie’s Party will consist of 70 international artists from Japan, Norway, Italy, England, New Zealand and Canada. “These guys are really the top automotive artists when it comes to pinstriping and airbrushing,” Schilling said.

Watch Schilling talk about his charity event, with a demonstration from a young pinstriper:

Attendees can gather around these artists as they paint a plethora of items, pictures that will be hung in frames, including garbage cans, golf carts and even the occasional toilet seat. “I striped a brand-new $1,000 Gibson Les Paul guitar that will be auctioned off,” Schilling said.

There will be three auctions on Friday and Saturday, 11 a.m., 1 and 3 p.m., and two on Sunday, 11 a.m. and 1 p.m. “You get to see these guys in progress doing stuff,” Schilling said, “so that’s what makes it really neat because most of the time people don’t get to see this.”

The Syracuse Nationals consistently brings back familiar faces but is always looking for newcomers to join the already large crowds and its cult-like following. “We talk to a lot of people and they’re always excited to go back to the Nationals,” said Tucci, “and then we have a lot of new people as well with new cars to debut.”

News and Blues
Jailhouse Jills Seek Gents for TLC, Too
To Top