Today, I heard terrific news. It’s was thoroughly unexpected, too, which makes it even more welcome. 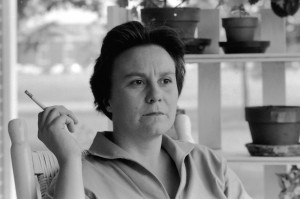 Harper Lee’s first novel, To Kill a Mockingbird, was published in 1960. Forgive me for stating what so many already know, but it’s a great book.

For much of the past 54 years, some of us have been hoping that she would write another. She famously has not been published since, while living a somewhat reclusive life in Monroeville, Ala. She could be forgiven for thinking that there was nowhere to go after Mockingbird but down; she explained that she had written what she wanted and there was no more to say.

Maybe a decade ago, I read To Kill a Mockingbird aloud to my daughters, who are sophomores in college. The book isn’t long, and the language comes easily. The hardest part of the project was getting through the emotional parts; I confess I tear up and my voice catches while reading them.

My son, Will, read it on his own for school, as have so many students. He’s not much of a reader, buy he has good taste. He liked the book.

And, of course, we watched the film from 1962 starring Gregory Peck. He won an Oscar for best actor.

The book won Lee a Pulitzer, and one-hit wonder or no, she was awarded the Presidential Medal of Freedom in 2007.

So, has Lee finally decided she has more to say? No, not really. It turns out she wrote Go Set a Watchman before she wrote Mockingbird. It was lost and just recently found.

And here’s what I hope will turn out to be the best part: Go Set a Watchman is about the adult Scout, going to visit Atticus.

(PHOTOS) 2015 Tattoo Expo
On With The Shows
To Top