As literary fans await the release of Harper Lee’s newest novel, bookstores prepare for the release with readings and pre-orders

After 55 years author Harper Lee returns to the nation’s bookshelves with the publishing of a second novel. Go Set a Watchman, set for release Tuesday, July 14, is a novel Lee wrote prior to the literary work that made her a household name: the Pulitzer Prize-winning 1960 classic To Kill a Mockingbird.

Watchman, set 20 years after the conclusion of Mockingbird, revolves around an adult Scout returning to Maycomb, Ala., in the 1950s to visit her father, lawyer Atticus Finch. Several characters from Mockingbird make appearances in Watchman. 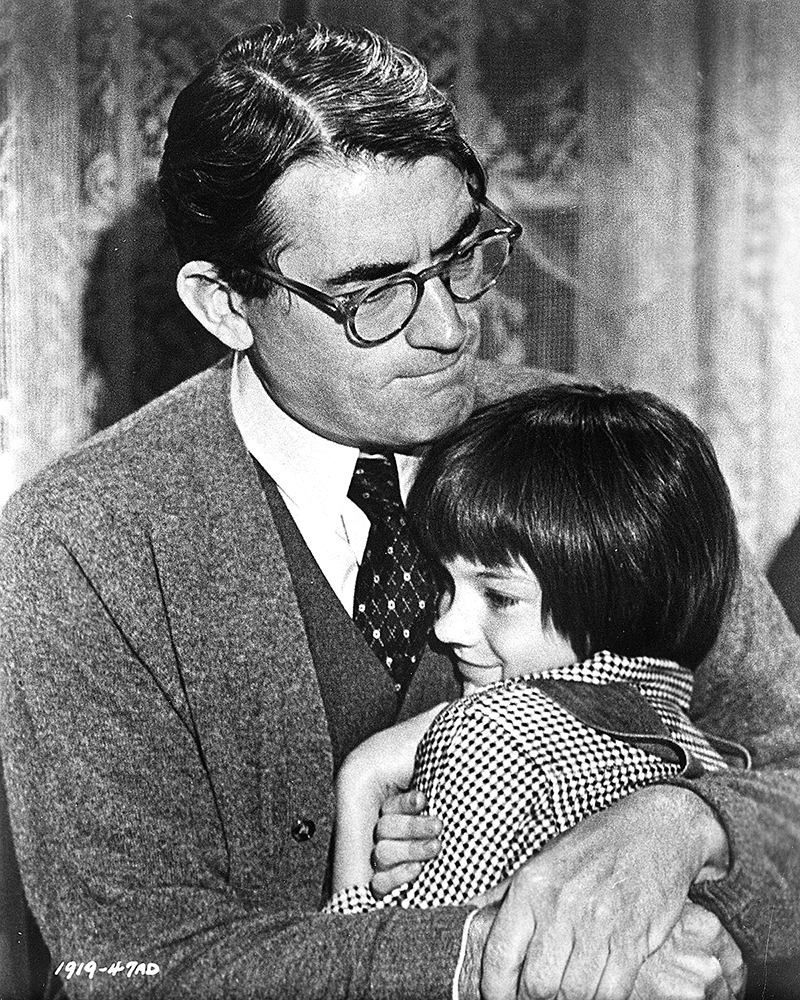 Image from “To Kill a Mockingbird” film from 1962.
Photo from imdb.com

Lee, now 89, wrote the original manuscript in the mid-1950s but was persuaded by her then-publisher to tell the story from Scout’s younger perspective. According to a press release from HarperCollins Publishers, which holds the rights to the novel, “The original manuscript was considered to have been lost until fall 2014, when Tonja Carter (Lee’s lawyer) discovered it in a secure location where it had been affixed to an original typescript of To Kill a Mockingbird.”

There is much excitement in literary circles about the upcoming release, although the timing is controversial. Lee’s advanced age and the recent death of her older sister, who acted as her lawyer and protector, has made some question whether she wanted the novel published.

“I started reading online articles about how maybe Harper Lee never wanted to publish this book, that her late sister had fiercely guarded access to Miss Lee, and that her new lawyer or manager might have coerced her into agreeing to publish it,” said Wendy Scalfaro, library media specialist at G. Ray Bodley High School in Fulton. “I’m still looking forward to reading it. I just hope she wasn’t taken advantage of.”

The situation was likened to the death of author J.D. Salinger, who penned The Catcher in the Rye, regarding whether his other works should be published. As was also the case with Franz Kafka, who told his friend and literary executor to burn all his writings following his death; those wishes were ignored, with many of his works published posthumously.

Karl Wasmuth, librarian at the Hazard Branch of the Onondaga County Public Library, said he was shocked by the news of Lee’s upcoming novel. “It had been so long, and with the reports of her health, it would be sort of like hearing Jimmy Carter was going to run for president again.”

Hazard Branch, 1620 W. Genesee St., will have two copies of Watchman available on Wednesday, July 15, while the Northern Onondaga Public Library at North Syracuse, at 100 Trolley Barn Lane, will have 10, the most copies in the system. Nevertheless, there will be a wait to get your hands on the book. As of last week there were 150 holds on the novel throughout the entire Onondaga County Public Library system which consists of 31 libraries. There are an additional 60 holds on large-print and audiobook versions, according to Bill Hastings, assistant director of the Northern Onondaga Public Library.

Meanwhile, local bookstores, both independent and chain outlets, have been salivating for months regarding the Watchman release. The 288-page hardcover has a retail price of $27.99.

“The entire bookselling industry was just so ecstatic with the prospect that we’ll have another Harper Lee book to sell,” said Bill Reilly, co-owner of the River’s End bookstore. “It’s not just a book, it’s a publishing event.”

The Oswego store, at the intersection of Bridge and West First streets, has been handing out buttons to remind patrons of the release and has had pre-orders available. “It’s not quite the strength of the Harry Potter pre-orders or even Jim Boeheim’s Bleeding Orange pre-orders, but it’s very strong,” noted Reilly, who will also have copies of To Kill a Mockingbird and T-shirts available.

Both Barnes & Noble locations, at 3454 Erie Blvd. E. in DeWitt and 3956 Route 31, Clay, will hold Mockingbird read-a-thons from 9 a.m. to 9 p.m. on Monday, July 13. The classic will be read aloud by volunteers who can sign up for half-hour shifts, according to Nick Bennett, community business development manager at the DeWitt location.

“We’re expecting it to be a lot of fun,” said Bennett. “For some people it’s tough. It’s public speaking, or public reading in this case.”

Both Barnes & Noble stores will open Tuesday at 7 a.m. for early birds to pick up a copy. Watchman buyers will also receive free tall coffees from 7 to 10 a.m., and the first 20 customers to buy the book will receive a free To Kill a Mockingbird reusable tote. “We don’t know if it will be a lot like the normal release day or a Harry Potter release day or somewhere in between,” said Bennett.

The two locations have also partnered with CNY Reads One Book, with a portion of Watchman and Mockingbird book sales donated to the cause, which will focus on next year’s salute to To Kill a Mockingbird. Customers should mention that they support CNY Reads One Book at the cash register and the donation will be made at no cost.

While time will tell if Go Set the Watchman will live up to its advance hype, as well as the acclaim of its predecessor, Hazard librarian Wasmuth remains optimistic. “I hope it’s a wonderful book,” Wasmuth said, “that it’s just what she wanted and thought it was time to let it out.”

Harper Lee’s second novel will be published July 14.
‘M’ is for Memoir: The A-B-Cs of Art Zimmer
To Top