Could the tunnel through Syracuse bridge the gap between Israelis and Palestinians?

Tunnel? Did somebody say tunnel?

In April, when the state Department of Transportation presented 16 options for replacing the north-south Interstate 81 highway running through the city, four of those ideas included tunnels. The shortest underground tube was envisioned to extend less than a mile, the lengthiest one was a budget-busting monster five miles long. Cost estimates ranged in the billions – nearly $4 billion for the longest one–and no clear answers as to where we might find that kind of cash.

More recently the previously estranged duo of state Sen. John DeFrancisco and Destiny USA executive Bruce Kenan have floated another tunnelicious idea in response to downtown developer Bob Doucette’s proposal for a hybrid of highways 481 and 690 to replace the raised viaduct that is about to reach the end of its useful life. (If you’d like a good synopsis of both visions, check out Sean Kirst’s excellent story HERE.

But what if I told you that we had a way to dig the tunnel at a lower cost and at the same time contribute immeasurably to world peace? What if the tunnel through Syracuse could not only help bridge the gap between the East Side and downtown, but between Israelis and Palestinians?

It cannot have escaped your attention during the latest war between Hamas, the reigning power in the Gaza strip, and the Israelis, that the harm inflicted on Israel has come not just from the rockets flying through the air, but also from beneath the ground.

Even Israeli intelligence has pronounced its surprise upon discovering the extent and sophistication of the tunnels dug by Hamas through the desert. Israelis living near the border have been startled as Hamas fighters suddenly pop up from underground to attack their communities.

The Hamas rockets, while they frighten people, have been singularly ineffective against Israel’s missile defenses. The tunnel terrorists, however, exact a psychic toll beyond the number of casualties.

It should be noted that the Palestinians have been killed in vastly greater numbers than Israelis in the fighting, and that most of the Israeli casualties have been military, while Palestinian civilian deaths number in the hundreds or higher. But I digress.

Since all previous peace efforts have failed, I suggest that we extend an offer to the Palestinian diggers to come visit us for a season or two, and dig us a nice big tunnel through our beloved city.

Gazans had built already built an impressive tunnel network on their western border with Egypt. Then the Egyptian military ousted their ally, Mohammed Morsi, at the beginning of this year. Those passageways were shut down, along with smuggling operations that netted Hamas as much as $200 million annually in tax money.

You can spend all day and ruin many a family gathering debating what to call the people of Gaza: Are they terrorists or militants? Are they aggressors or the aggrieved? One thing for sure is that their leadership has committed them to a losing proposition — wiping a much stronger neighbor off the map.

So Secretary of State John Kerry, instead of mumbling about invisible progress and cease fires that don’t last long enough for a soccer game, how’s this for an option: offer the Palestinians of Gaza a chance to dig our tunnel.

Politics aside, the inescapable truth is that those guys in Gaza are really good at digging tunnels. So why not deploy them in the service of our sagging infrastructure?

If we can come to an accord on which option to choose, and our union brothers and the immigration agents can relax some of their hiring requirements, maybe we can get a tunnel dug at bargain-basement rates. 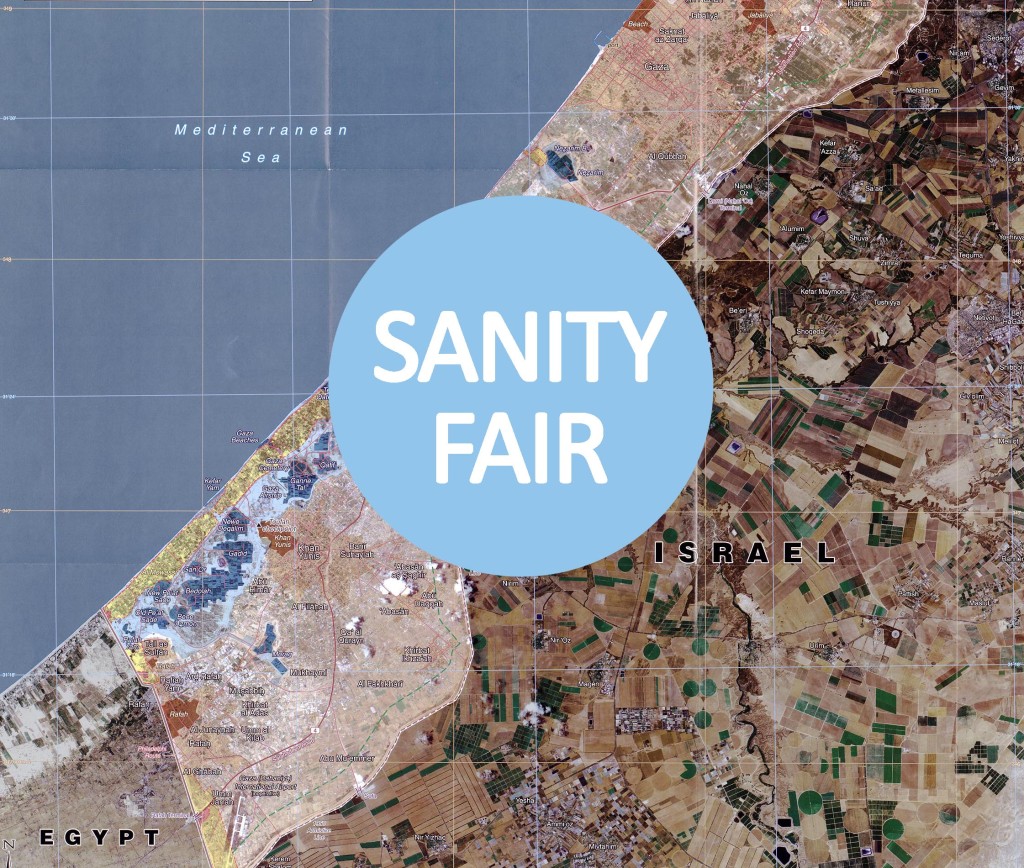 Now entering its second month, the Gaza war has become an enormous Whack-a-Mole game in which Hamas tunnel diggers compete to excavate new crevices under the earth faster than Israeli commandos can demolish them. Israeli Prime Minister Netanyahu says that Israel won’t talk peace until all the tunnels are blown up. Think about this: Half the labor force in Gaza is unemployed. Based on the number of tunnels and the ranks of the unemployed, you have to wonder if anyone there is engaged in any gainful employment not related to underground tunneling. What else is there for the able bodied population to do?

Syracuse, as we know, has always been a crossroads for cultural mingling. We are rightly proud of our tradition of accepting people from Vietnam, Somalia, Bosnia, Iraq, and other war zones. Let’s bring in the Hamas tunnel diggers to get this dirty job done–with just a few conditions.

First, they come armed only with shovels. Second, they are assigned to housing offered by local Jewish families. Let the days be filled with the sounds of picks and shovels clanging, and the nights be full of animated conversation and argument, and maybe, just maybe, each could glimpse into the lives of the other, leading to just a bit of understanding. You never know.

And if we decide not to go with the tunnel option? Hey, there are plenty of collapsing water mains they can help us fix.

I know there are those who will say that it is not kosher (or hallal) to make light of such an irredeemably painful situation as the Israeli-Palestinian conflict. But to them I have to ask: It’s been more than 60 years of conflict, so how long do you want to go without a laugh? And have you got any better ideas? Maybe after so many decades it’s time for them to try humor. Laughing at one another would certainly be better than firing rockets and dropping bombs.[snt]

Palestinian teenager killed by Israelis avenging the deaths of the three teenagers.

The number of Palestinians and Israelis (respectively) killed in the fighting that followed the murders of the teenagers. Israeli total includes 56 IDF soldiers; most of the dead Palestinians were civilians.

Interview: Mayor Miner and County Exec. Mahoney
What? ‘Bills’ and ‘Congel’ in the Same Sentence?
To Top