The Acoustic Guitar Project takes place Sept. 26 at May Memorial

When Syracuse-based singer-songwriter Jeffrey Pepper Rodgers first heard about The Acoustic Guitar Project, it was as a journalist. Rodgers, founding editor of Acoustic Guitar Magazine, wrote about the venture for the issue published last March and he has since become involved in other ways. He’s producing a Salt City version of the showcase in which 10 area songwriters will perform their project pieces (and more) on Friday, Sept. 26, at May Memorial Unitarian Universalist Society, 3800 E. Genesee St. 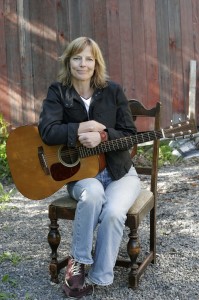 According to creator Dave Adams, a non-musician who once worked as a Madison Avenue advertising copywriter, “The Acoustic Guitar Project was created to help musicians reconnect to the original moment that inspired them to be singer-songwriters. Back to a time when it was just them and their guitar. Focused. Challenged. Creative. Most likely self-exiled to an isolated space. And definitely completely lost in the moment. By giving musicians a platform with simple restrictions, we hope that the project will inspire them.” 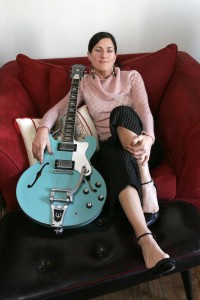 The musical incubator starts with a group of songwriters in a designated city. They are given a guitar and a recorder for one week, then challenged to write and record a song within that time, to be published on theacousticguitarproject.com. Musicians are given the same guitar to pass around, so the playing field is level, and they’re also not allowed to edit the recording in any way. The result is a raw capture of the musician and their piece in that moment in time.

The project has thus far occurred in 35 cities spanning from New York City to Finland to Haiti, providing songwriters and music lovers throughout the planet the opportunity to hear creation in all its colors, shapes and languages. Yet the idea isn’t to compete: It’s to celebrate.

“It’s a great creative exercise to be given that challenge,” Rodgers says. “You tie one hand behind your back in a certain way: this guitar, this recorder, and see what happens. It’s inspiring. I feel great about the music that came out of it, the community aspect of it.”

Rodgers grew up on the East Coast, but then spent 14 years in California before relocating to Syracuse 10 years ago. He still fondly remembers the welcoming feeling of the local music scene.

“When I moved here, I was immediately struck by the warmth and generosity of the music community,” he says. “I was included in stuff very quickly. It didn’t seem like a closed little club. It’s a great part of living here for me.”

Rodgers’ responsibility to choose 10 songwriters for the Syracuse project was a hefty task, especially given that he also runs a songwriters showcase, Words and Music, featuring dozens of local artists. “If I had the opportunity to do this with 20 or 30 people, I could easily,” he admits.

Eventually, he narrowed it to himself along with Wendy Ramsay, Tim Burns, Colleen Kattau, Colin Aberdeen, Dana Cooke, Ashley Cox, John Cadley, Arty Lenin and Gary Frenay. The result is a kaleidoscope of musical flavors, each beautifully distinct to the artist. 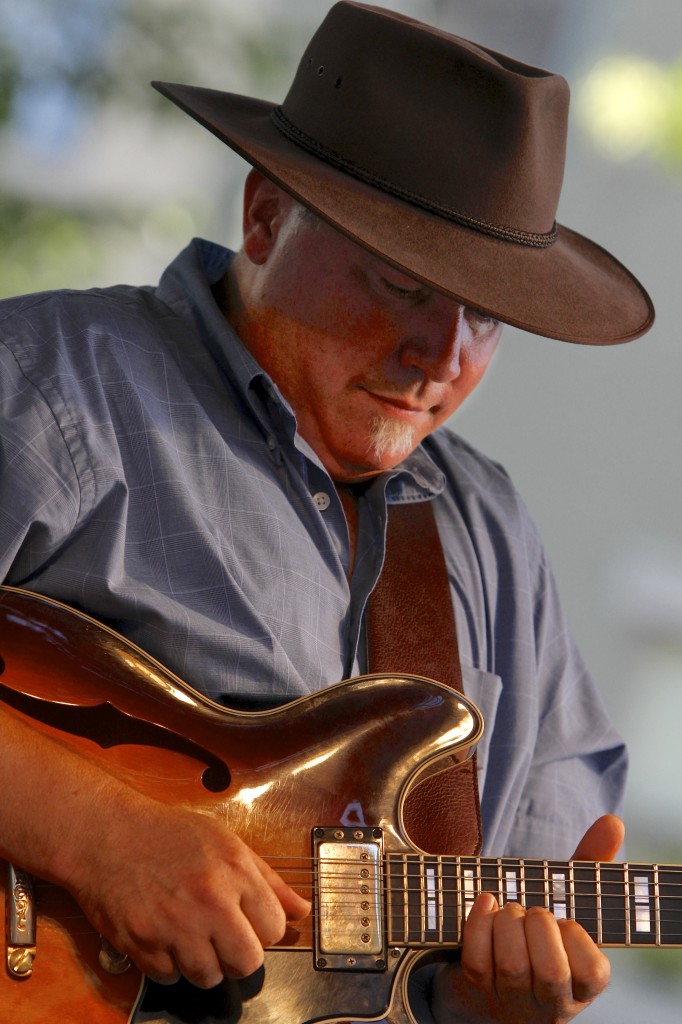 To hear the songs, visit theacousticguitarproject.com/project-08-syracuse.

“There were a lot of surprises,” Rodgers says. “One thing that’s so interesting about this whole project for me and most songwriters is you have to write what comes to you at that particular time. You can’t force yourself to write a particular kind of song because you want that. You have to write what’s presenting itself to you. For me, I wrote in a way much simpler lyrically than I often do. To me, good songwriting is about following what a song wants to become, not what you want it to become.”

Each guitar for each project is custom built, played and signed by each of the musicians. The Syracuse guitar was handmade by Minor Bird and named Sfumare, Italian for “to fade,” “to vanish” or “to disappear.” The steel-string ax has a red spruce top, black cherry back and sides and a mahogany neck.

“It’s just an amazing way to get a little glimpse of the songwriting talent in this town. All these people in one place: It’s a great introduction. A lot of these musicians are well known to audiences, but not everyone knows everyone’s audience. I think that level of understanding will show a little more about what it’s like to write a song, what goes into it. The process is really on view. They’re not songs they wrote long ago. It’s a very vivid experience to sit down and write something in a week.”