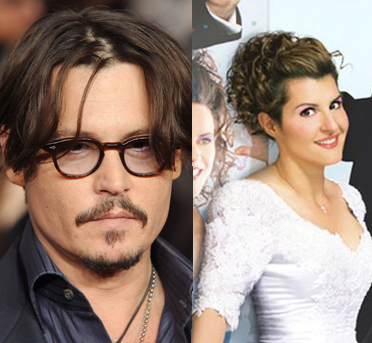 What do you yearn for more?

A delicious Spanakopita, spinach in a pie, artfully delivered and just asking for a big bite?

Does a sequel to “My Big Fat Greek Wedding” make that list?

You bet you’ll spy the first two when stars Nia Vardolas and John Corbett reunite for the second part of the story that warmed the hearts of America a dozen years ago.

Variety reports that Vardalos will again write and star in the sequel to that hit, which will follow the Portokalos family as it gets together for yet another big, fat Greek wedding. Or, as Variety reporter Justin Kroll cleverly puts it, “a family secret is revealed and a bigger, fatter wedding brings the big fat Greek family back together again.”

That’s music to a lot of ears. Everybody dance the Kalamatianos.

Vardolas was good-natured about the making of a sequel in the Variety story.

“Now that I’m experiencing motherhood, I’m ready to write the next chapter of my family story,” she said in Kroll’s piece. “Of course, a few jaded folks in the press corps will claim I ran out of money or just want to kiss John Corbett again. One of these things is true.”

A story in Cinema Blend reminds us that back in 2001, “My Big Fat Greek Wedding” was made for $5 million, and them earned $241 million in the United States and another $124 million worldwide, making it the highest-grossing romantic comedy ever.

Will Johnny Depp escape with the part? And his reputation?

News is out in The Hollywood Reporter that Johnny Depp is negotiating to play Harry Houdini in “The Secret Life of Houdini: The Making of America’s First Superhero.”

That is quite the movie title, is it not?

Writes THR reporter Tatiana Siegel: “The story, which is said to be in the style of ‘Indiana Jones,’ recasts Houdini as not just a master escape artist, but an investigator of the world of the occult.”

It’s based on a controversial — Cinema Blend’s word — biography written by William Kalush and Larry Sloman.

Writes Kristy Puchko: “It is known that Houdini was a dedicated debunker of so-called spiritualists, who he felt were scam artists profiting on peoples’ pain and grief.”

Puchko throws in the tidbit that Depp’s latest movie, “Transcendence,” was “a unforgivably dull and nonsensical thriller that cost $100 million and has taken in just $22 million domestically.”