Milton Mueller is one of the founders of internet policy.

Twenty years ago, Milton Mueller and other technology enthusiasts would “get very excited when one newspaper article every month would appear about the telecom industry,” he said.

“Today of course,” said Mueller, “Half of the business section today is about technology companies.”

Mueller is a professor at Syracuse University’s iSchool and teaches information policy as well as cyber security law and policy. He serves on the Board of the Center for Convergence and Emerging Network Technology. He has a Ph.D from the University of Pennsylvania. Mueller is one of the founders of the way the internet works (quoted here at the principle source for a Time Magazine article on the subject), in terms of the complex system of how the World Wide Web is governed.

Internet governance is a global endeavor. Back in 1995, only 1% of the world used the internet. Today that number is about 50% of the entire world population. But who governs it all?

Mueller became fascinated with “the network of networks” and “who holds the reigns,” getting involved with internet governance on the ground level as it grew up “outside of government control,” he said, which was a positive thing, so that it was not over regulated.

Everyone wants to appreciate content no matter what country it is from. However, national policies and cyber security became an issue that someone had to address.

Mueller became involved with ICANN (The Internet Corporation for Assigned Names and Numbers) to coordinate who gets what domain and how domains are regulated.

It’s “an ongoing battle,” says Mueller, “between people who believe in a territorial governance and a global one.” Mueller is “very much on the global side, but we keep having the battle about it.”

The United States preached openness for a long time, and then with the Snowden revelations, the world called the U.S. a hypocrite. The U.S. was in charge of ICANN and after Snowden, has decided to be consistent and give up control.

After “The Interview”/Sony hack and the newest F.C.C. ruling on “the ongoing battle” for free internet, internet governance has been at the forefront of people’s minds. 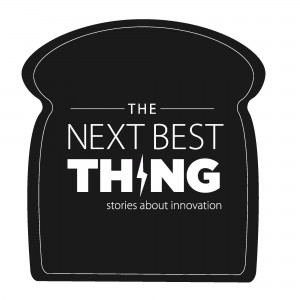 Tune in to SyracuseNewTimes.com this Thursday, for “The Next Best Thing” – our podcast featuring a full interview with Milton Mueller.