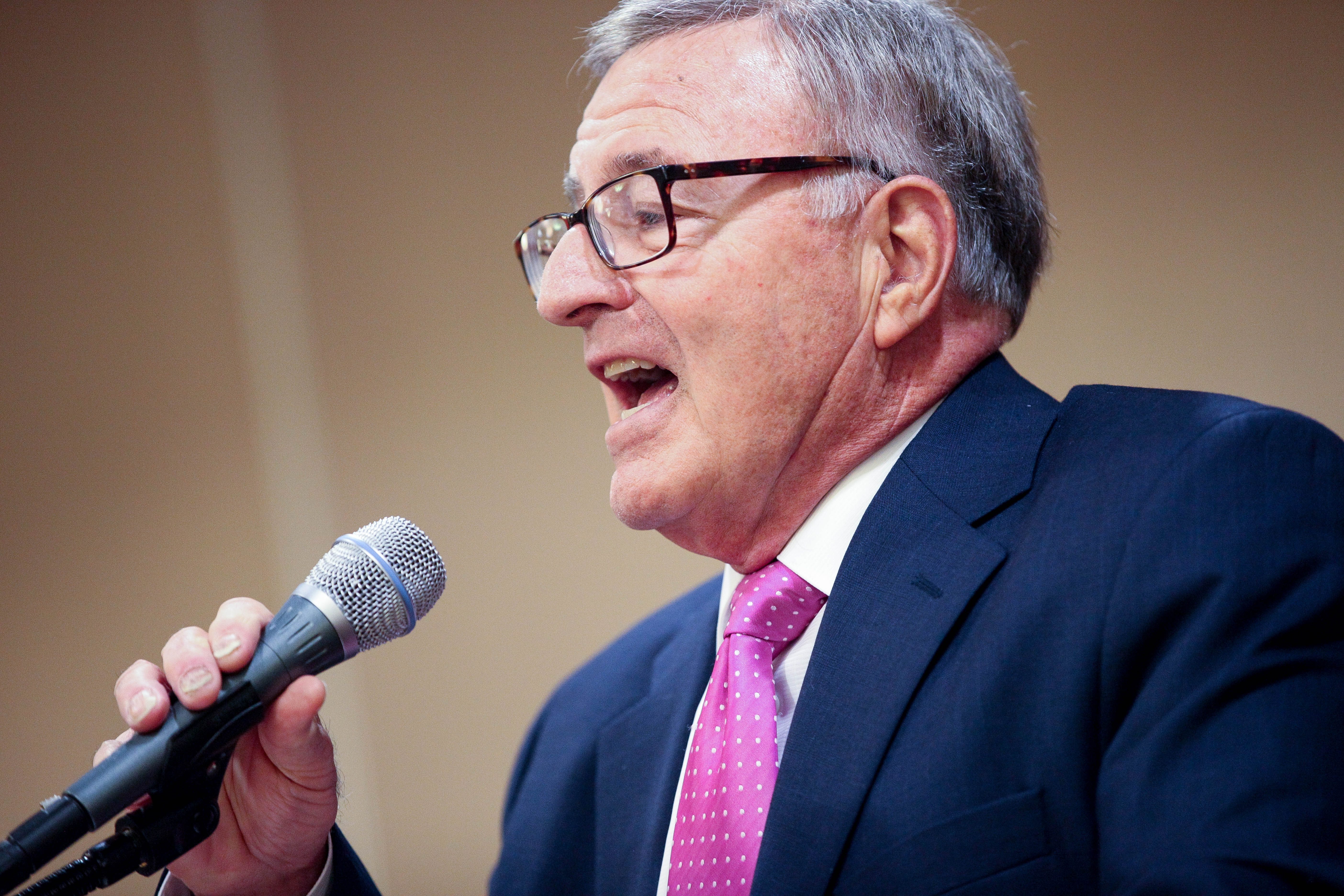 The Central New York lawmaker has gone from the clear frontrunner to being on political life support.

In a few weeks, state Republican leaders will gather in New York City to formally nominate their candidate in the race for New York governor.

Three months ago, state Sen. John DeFrancisco seemed well on his way to being that candidate. But since then, the Central New York lawmaker has gone from the clear frontrunner to being on political life support.

DeFrancisco announced at the end of April that he would no longer be actively campaigning ― no doubt acknowledging the onerous task of continuing forward. After essentially coming out of nowhere, Dutchess County Executive Marc Molinaro quickly vacuumed up support from county Republican committees across the state. Indeed, several county committees that had endorsed DeFrancisco months ago ― including those in his home district ― have switched their support to Molinaro in recent weeks.

By mid-March, Molinaro locked up a majority of the weighted vote of the Republican State Committee, and he hadn’t even announced his candidacy yet.

The reason for Molinaro’s successful blitz: He is the “political outsider.” DeFrancisco is not.

But Donald Trump’s 2016 presidential victory completely redefined what it means to be a political outsider. The election of someone who never served in government to the highest office in the land sent a strong message to party leaders everywhere that citizens are really tired of the way that current government operates.

Since then, party officials at every level of government are much more likely to endorse political outsiders because of their electability in the current political climate. New York Republicans are now poised to do the same with the office that presides over the Albany culture that everyone loves to hate.

Voters are naturally drawn in each election to the “change candidate.” And we should encourage fresh faces running for office. A stagnant legislature or city council isn’t healthy for democracy.

But the saga of DeFrancisco’s campaign is a good example for us to question if our infatuation with political outsiders has gone too far.

The consensus seems to be that while DeFrancisco has the experience, a proven track record of standing up to Gov. Andrew Cuomo, as well as a sense of character that has earned him respect from Republicans and Democrats alike, he is simply not in any way a political outsider.

DeFrancisco has no doubt wanted to use that history as a springboard to the governor’s mansion. While as voters we tend to despise career politicians and scream for term limits any chance we get, the kind of experience someone like DeFrancisco has should still mean something to us.

Are we really at the point where we deem candidates for high offices as unqualified because of the very things that make them qualified? Is prior civic involvement so poisonous that we should automatically belittle it in our mainstream politics?

Experience is a top-tier requirement and beneficial selling point for any other job in any other market. Why should it be so different for those who lead our cities, villages and states? Indeed, Buffalo-area state Sen. Patrick Gallivan last month in City & State likened DeFrancisco’s campaign to a private sector job application, adding that “he’d be hired as the CEO.”

There’s a reason for that. The power structure of New York government is a complex, dynamic and often ugly system that takes someone with intense skill to properly navigate through in order to get anything done. After spending the last 25 years as part of that system, including the last three as the Senate’s second-in-command, DeFrancisco is undoubtedly familiar with how the system works. Why are we so afraid of that?

All of this is not saying that Molinaro doesn’t have a significant amount of experience himself. On the contrary, he is hardly a political outsider. He was first elected mayor of his hometown at age 19, went on to serve in the Dutchess County legislature, and spent five years in the state Assembly. He resigned his post in the minority in 2012 to become county executive.

But in a matchup with DeFrancisco, it’s hard to see how Molinaro comes out with more or better experience.

Is experience everything? Of course not. There are a million variables that go into New York gubernatorial races, with Molinaro’s ties to the downstate power machine no doubt being one of them. But experience seems to be a value that’s slipping away.

That’s something we should all be concerned about, for the party officials who pick political candidates and those of us who vote for them.