Music writer Jessica Novak reports on the sizable increase of Gorham Brothers Music, a local business that keeps it all in the family

Nearly three years after its December 2011 opening, Gorham Brothers Music has proven to be such a thriving success story that the locally owned music store is in expansion mode. 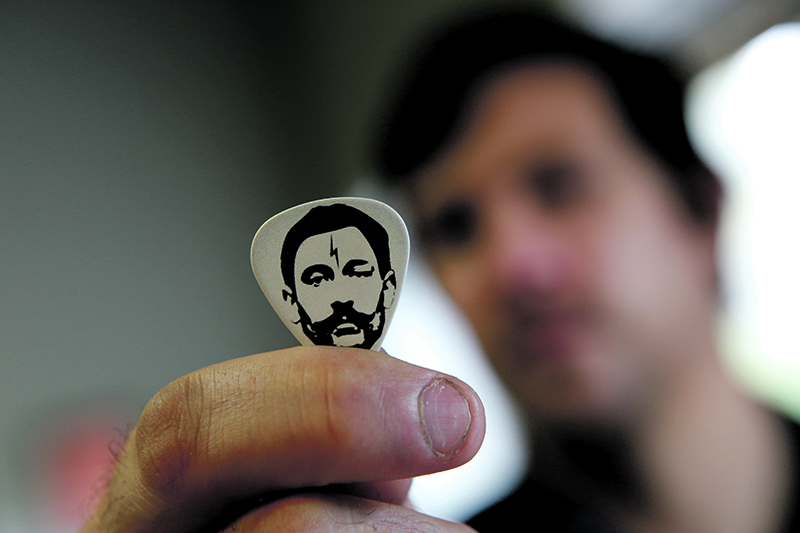 The business at 118 Seeley Road, just off Erie Boulevard East (and moments from the corporate giant of music stores, Guitar Center), was given the opportunity to move a few doors down in the same building, taking over the top floor’s space occupied by Advance Cyclery. The move means the music store will nearly double in size without even changing their address.

The shop is managed by a trio of Gorham brothers named Bobby, Brad and Ryan. The brothers, originally from Parish, grew up playing music together and formed bands that have toured the United States and Canada. They’re still making music, too: The brothers, along with childhood friend Aaron O’Hara, are part of the alt-metal group Blood Sun Circle.

The brothers, all born within two years of each another, dreamed of sharing a business partnership. “I had always wanted to open a business with the family,” Ryan Gorham says. “We all had different interests, but I wanted to come up with an idea we could all get behind. On a motorcycle trip, where you’ve got all this time to think, I thought on the way home that we should open a music store. It seemed so obvious. We thought about a music venue, a bar, practice spaces, but we could have the store as a hub and then do offshoots. We’ve incorporated that idea since we started.” 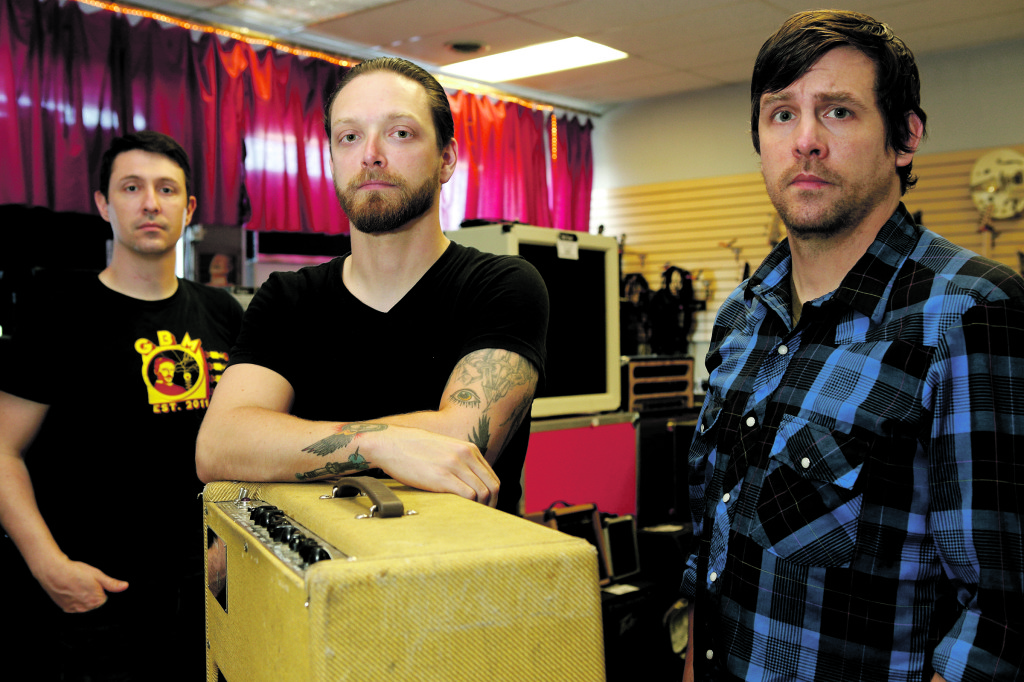 When the Gorhams opened the 1,200-square-foot space as a music store, they also hosted concerts with local acts such as Mandate of Heaven and the Flashing Astonishers, along with gigs from major touring bands Woe and Dysrhythmia. “Normally, music stores will have in-store performances from artists doing acoustic sets,” Ryan Gorham says. “But we’re more from the DIY punk background. We have shows here where we move all the gear into the lesson room and have four bands.”

The brothers hope to add more dates to their concert calendar. “We want to do more with shows,” affirms Brad Gorham. “We’ll probably keep the store equipment style the same, but (the expanded space) gives us more room so we don’t have to move all this stuff every time we do a show. It was becoming a huge hassle.”

The former space, which held 50 to 60 people, “was fun, and it had a great vibe,” Brad says. But it also meant some listeners were hanging out the door. 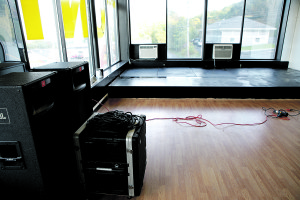 The new 2,300-square-foot space will allow 100 people to attend shows, while also creating a much-needed venue of that size in Syracuse. “That (100-capacity music venue) is the one thing there isn’t around here,” Brad says.

The Gorhams are also mindful of making the situation ideal for the bands. They allow musicians use of gear in the store as well as running the sound system. The brothers even help collect money at the door, but they don’t take a gigantic cut of the proceeds.

“We charge a fair price for what you get: a PA system, the style of venue, parking, all the money to the bands, no extra overhead or paying a sound guy or renting this or that,” says Ryan Gorham. “We’re able to do touring bands nobody’s heard of and give the bands some gas money. The shows happen, instead of them not coming through Syracuse at all. It’s a small mid-size venue that creates that opportunity, instead of having a basement show or something.”

“People can come in and play through it to hear the difference,” Ryan says. “And they can come in and meet somebody to say what they like about one amp and want in theirs. They can combine them and really create something for them, instead of pumping out a line of whatever.”

Ultimately, the fraternal instincts to just be themselves has helped them thrive. “We don’t compare to corporate and we don’t try to,” says Brad Gorham. “We’re different. You can sit here playing guitar for two hours. We don’t care. We’ve got a pedal display out so people can try all of Jeremy’s (Allen, builder of XXX pedals) pedals. It’s a family vibe. People are welcome to hang out. We sit here and drink coffee all day and we actually talk to people about stuff we care about. It’s not just a job, it’s what we do. It’s our lives. We don’t make tons of money, but we love what we do. It’s worth it. It’s fun.” 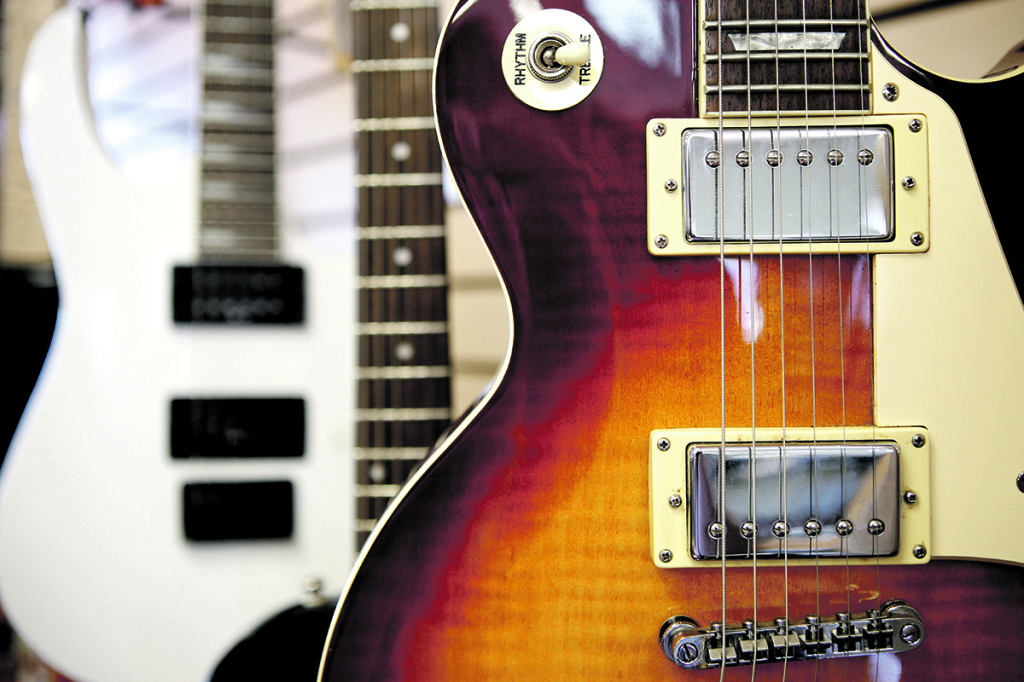 Gorham Bros. Music – It’s not just a job, it’s what we do. It’s our lives.
Michael Davis Photo

It didn’t take long for Gorham Brothers Music to establish a solid reputation. “The support we’ve received is awesome,” says Ryan Gorham. “Mostly, we get feedback directly from people coming in and telling us how much they love the shop. People who travel a lot and have seen different shops really dig this one. It’s really awesome to see and have all that support locally.”

The local love is mutual. The brothers don’t currently carry drums at the store currently, so they often send buyers to the Music Center on James Street, another locally owned and operated music store specializing in drum gear. They also sell local music without charging bands for the service and do on-site lessons and repairs. The brothers even bank local and buy much of the gear they sell locally (much of the store is used gear) to avoid buying bulk inventory from overseas.

“The feel when you walk in here is completely different,” Ryan says. “It’s a different experience.”

Mack to the Future
On The Road
To Top