Put down your electronic devices and play a game

Competition happens. Nothing brings out the best, raw cutthroat competition as a board or card game. A lot of these games are based on strategy and luck-of-the-draw; choosing a card or rolling dice gives you something or nothing to work with. It’s up to personal cunning, team dependency and quick thinking to win.

5Wits: This Destiny-USA-housed facility can be passed over if you blink while you walk by. And, yes, I know this is not a tabletop game. Below, note that I mention my dream for a live-action game of Sorry. In this list of gaming activities to do this winter, this venue has to be mentioned. 5Wits is the place you want to head to when you want to immerse yourself into an actual game.

5 Wits is a small business developed from the mind of Harvard/MIT grad Matt DuPlessie. There are two locations: here and Foxboro, Massachusetts (the original location). In Old English, wits are commonly referred to as senses, of which there are five. Currently in Syracuse, there are three adventures that you can participate in: Espionage, TOMB, and Drago’s Castle (the newest installment).

Each adventure is composed of a series of live and in-the-moment games that present actual challenges/tasks to overcome. SNT tech writer Joe Cunningham (with whip in hand) invited me along on his venture a couple weeks ago to check this venue out. We doubled up and took on TOMB and Espionage together. We could have went head-to-head to see who completes each adventure the fastest, but that is for another time. 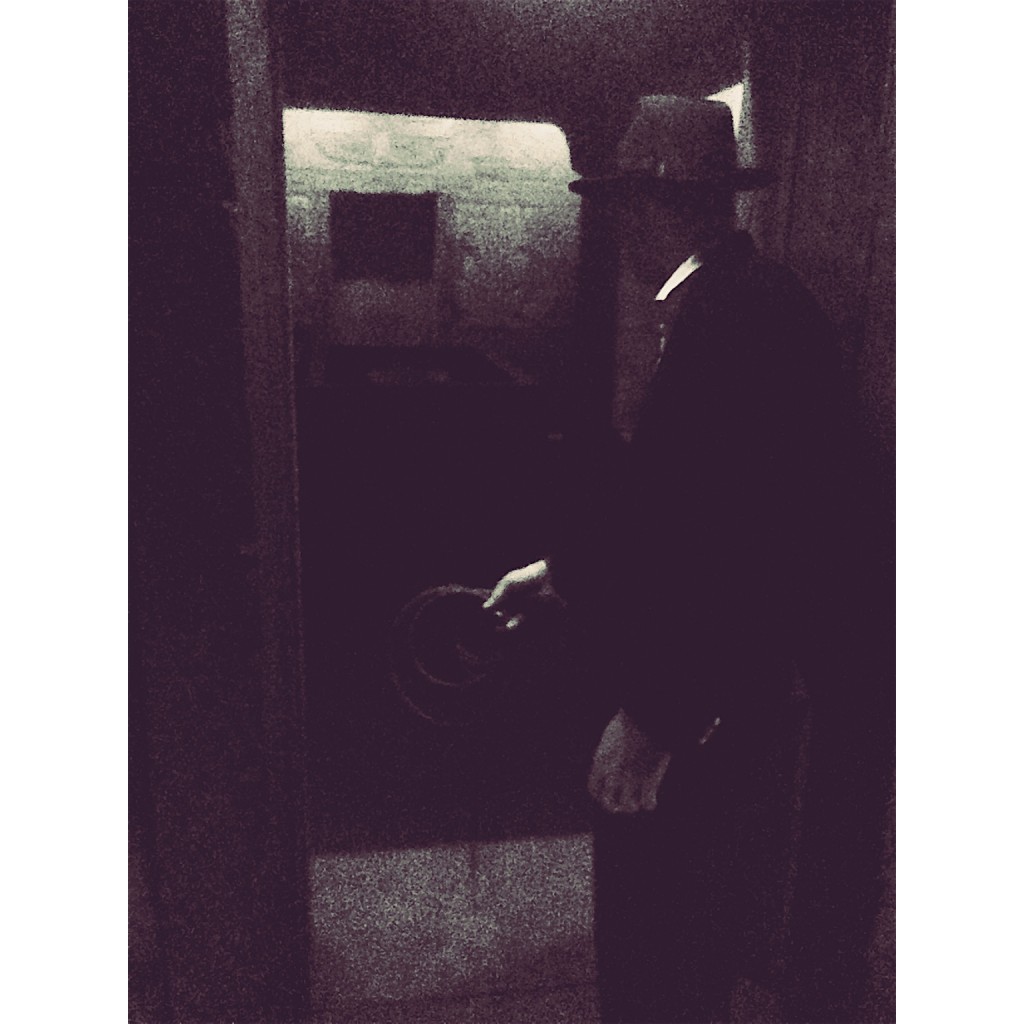 I can’t speak on behalf of Joe, but my childhood friends and I pretended to battle monsters, outlaws or soldiers, and we completed other imaginative adventures that were not limited to an iPad. While we reflect on those days often, Joe and I got to live out these childhood adventures in real time. This is what DuPlessie had in mind: bringing imagination and possibility to life. 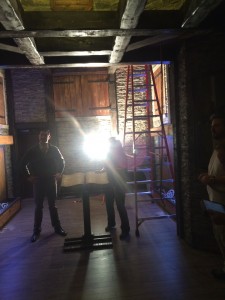 Each room is fully interactive.

Each room is fully interactive. Tasks are timed, and it is important and detrimental to complete all of the challenges in a timely manner. Participants can actually fail each adventure, and there are multiple endings that can be experienced. The sets are all hand-manicured, hand-painted, electronically-designed. After talking with the staff, Joe and I are convinced that this crew has a lot of fun, because they are creating playgrounds from scratch. Each room has sensors, and each sensor triggers a reaction; at one point, we were literally left in the dark.

As we stood in the final phase of the Drago’s Castle set during construction, it was told to us that all of these adventures are designed with adults in mind, but are made incredibly kid-friendly. The smaller humans may feel these are fun adventures that rank up with laser tag. As an adult, I can elaborate by telling you that I cannot wait to go back. Joe and I participated in each adventure, and we put ourselves in a position where we never had found ourselves before. We had to communicate and use teamwork activities to get each mission completed. Each adventure took us just under a half hour to complete.

I can also rank this as a perfect date activity. I feel it is important as adults that we pull the stick out of our asses and let loose a bit. 5Wits adventures encourages communication and partnership building. Embrace your inner children, have fun, let guards down and don’t take life so seriously.

Let the (board) Games Begin

During these winter months of snow and slush-covered streets, it’s fun to spend some time with family, friends, your partner or date in some mental fisticuffs. A little bit of competition is always healthy for a relationship. A beer, red wine, or scotch can be a great accompaniment (catalyst) as well. The importance of human interaction and conversation cannot be stressed enough. Put your electronic devices down. 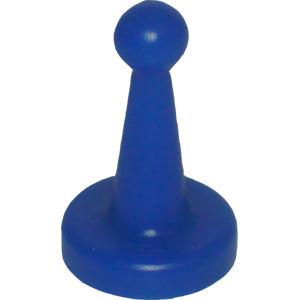 Let’s start out with one of of my favorite games. Sorry was created in 1929, and it has a long standing history of permitting you to be an asshole. The two-to-four player game allows you to bump off and eliminate players by jumping on heads in the style of Mario Brothers, or sliding and kicking out legs beneath other players. (If there were to be a live-action version of this game, I’d participate in it.)

In 1962, this game similar to Sorry was created. There isn’t a safe spot on the board where your marble can’t be bumped off and sent back to the home base with the rest of the idle marbles. Instead of four players, six are able to participate and up the ante. 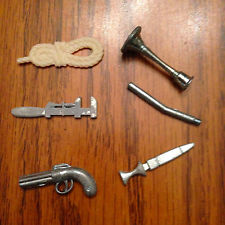 Murder. Mystery. A frustrating guessing game to propel the evening into a continual mind-spin. Clue is a game where you can’t really trust anyone. It’s fun to wander the halls of a mansion to figure out the killer, the weapon, and what room the host was knocked off in.

No one really likes this game, do they?

The best game and form of mental recess. It’s about creating a bigger picture, and it’s fun to compete over placing the last piece. 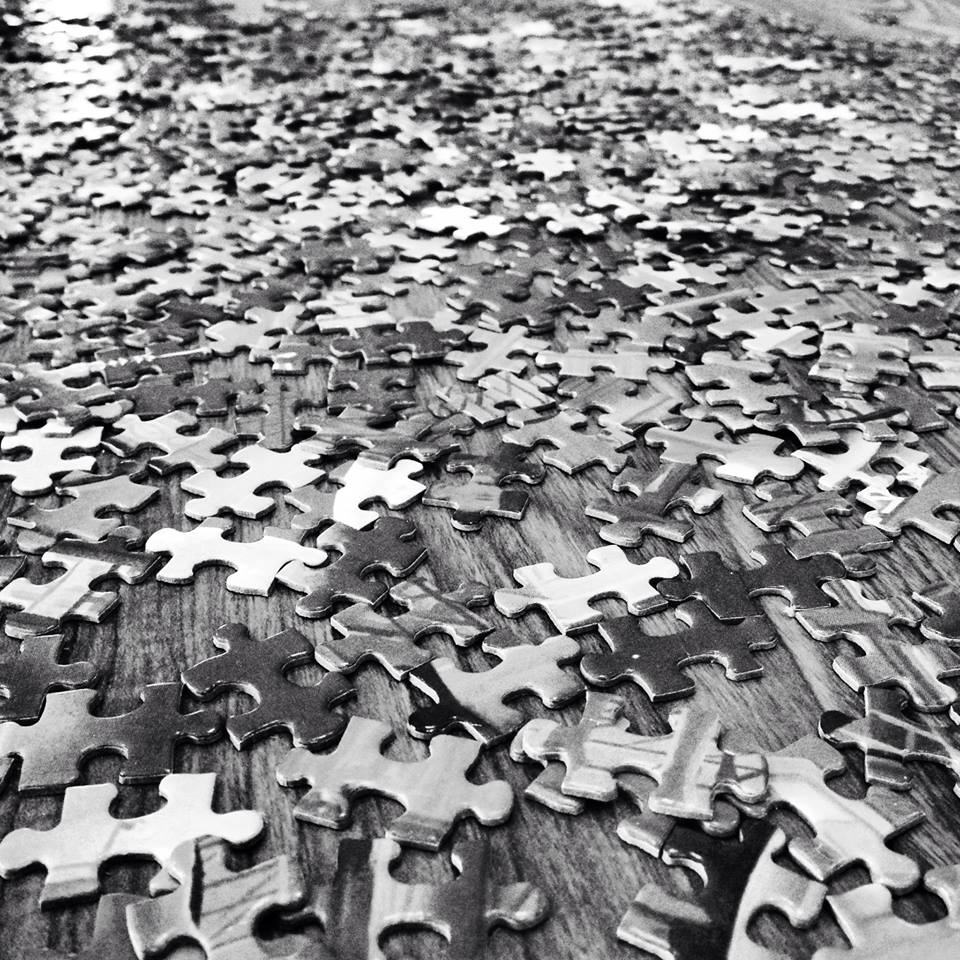 There really is no use in buying this game. Instead, save some money and play Tic-Tac-Toe.

This quasi-offshoot from Family Feud is fun for the whole family. Just hope that the host of the party isn’t as touchy-feely as the hosts of the game show.

Hey, kids! This one is for you. Not only is this a half-hour-long two-dimensional acid trip, but the creators and revisers who designed this game were as indecisive as a munchie-craving high. The game has shifted tone and characters through the years, essentially making it no better than it originally was. Why the change of Gloppy from a molasses monster to a chocolate monster is beyond me. I love molasses, and Gloppy was the most misunderstood character in all of Candy Land.

Whether the pieces are lined up to be knocked over or laid out in competition, the strategy is definitely evident. Patience, thinking and strategy always proves favorable as a mantra for this game (and life). 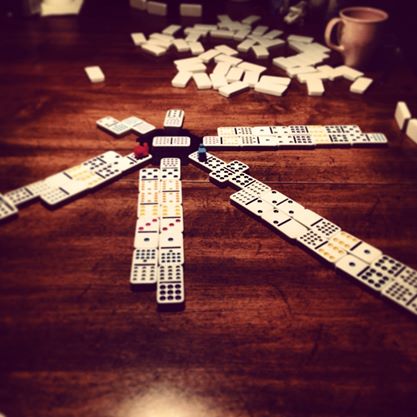 This personal favorite has been ruined by Words With Friends. The latter electronic version encourages stupidity, allowing a player to make words that aren’t legit. With Scrabble, challenging and looking words up in the dictionary (Remember that thick book with lots of pages?) to make sure moves are allowed provided hours of learning experiences. Scrabble also enables you to keep your simple math skills tuned. 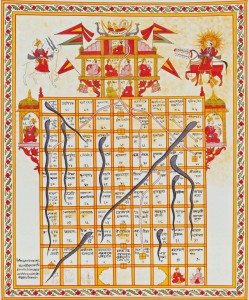 This was originally titled Snakes and Ladders, which was created in Ancient India. According to BoardGameGeek and other websites, the game is based on morality: the ladders represent good deeds and decisions and the snakes represent the opposite. This is perceived to be a children’s game, but there really isn’t an age limit.

This board that is used to contact spirits has been annually deemed the feelgood hit of autumn and seances for countless years. “Ouija” can be translated to:  “how to become possessed.”

Putting this game together is more frustrating than anything else. Reading The Mousetrap by Agatha Christie will take less time, will produce less grey hairs, and will be more mentally stimulating than this game.

These two interactive and fun games prove to be vital and important as relationship/friendship testers. How well can you read your partner or friend? How can you prove your worth?

Notoriously one of the long-standing and difficult games, it tests you on a variety of things you should have learned in school. Should you lose, the only person to blame is yourself.

Cards Against Humanity & Apples To Apples 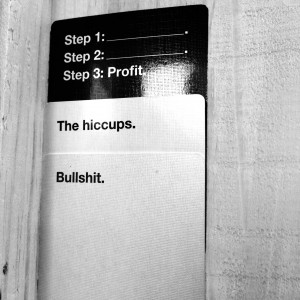 During Thanksgiving this year, there were 13 family members (friends are included in this, because friends are family) laughing about “two midgets shitting into a bucket” among other atrocious and offensive options for this adult version of Apples to Apples. Both games are equally as fun, but there is something about Cards Against Humanity that brings family, friends, and strangers closer together.

#takeatour Gives Thanks
The Healing Power of Sound
To Top