Cyrille Aimee’s voice has been compared to whiskey, one fine and smooth, smoky and rich. Her style matches: mature, but youthfully adventurous. And her attitude completes the combo: one unafraid, and beyond that, yearning to be the new kid on the block and learn from the best.

The Cyrille Aimee Sextet will take the stage Friday, March 28, for a 7 p.m. concert at Onondaga Community College’s Storer Auditorium. It will be the season finale for the Legends of Jazz Series, part of the college’s Arts Across Campus initiative.

Aimee’s journey to jazz began in her hometown of Samois-sur-Seine, France, where the legendary gypsy guitarist Django Reinhardt once resided. Exposed to gypsy music at an early age, Aimee naturally gravitated to their music and way of life, much against her parents’ wishes.

“The gypsies have a really bad reputation,” Aimee explains. “People are scared of what they don’t know. At first the townspeople would tell my parents, ‘We saw your daughter hanging out with them. Be careful.’ My parents would ground me, but at night I would sneak out to the campsite and they’d play until morning. When my parents saw no use in stopping me, that I was completely crazy about the music and saw a real passion, they accepted it. Now the gypsies are family.”

Aimee’s talent was obvious and plentiful enough to win her a spot on the TV show Star Academy, the French equivalent of American Idol. She made it to the semifinals with 15 others who were chosen to spend a year on the series competing for the top spot. But Aimee chose not to take the chance. 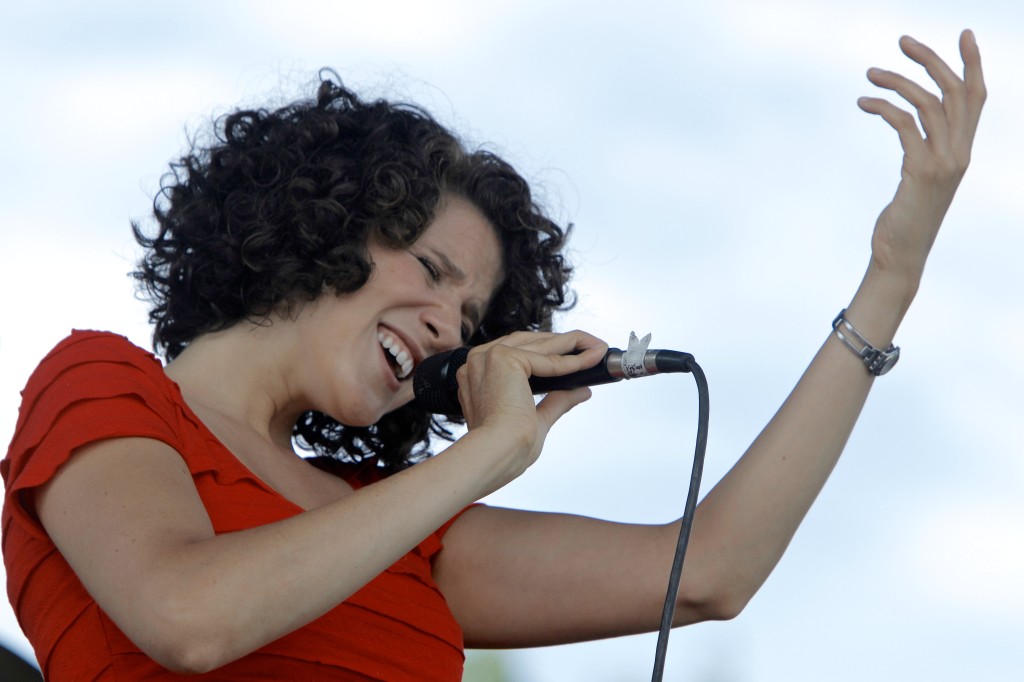 Cyrille Aimee at the 2012 Syracuse Jazz Fest: “I love when people come to the show and leave with a smile on their face.” Michael Davis Photo.

“I realized I wasn’t ready for fame,” she says. “I still had so much to learn in music. I wanted to get deeper into jazz and they don’t do jazz in these kinds of things. I didn’t want to get wrapped up in that. At the last minute I said, ‘No, thank you.’”

But fame had already found her after being part of the selection process and Aimee left France to escape the shadow it had cast. Her mother is originally from the Dominican Republic, so Aimee decided to live there. She went to work with a piano player and became essentially the only jazz singer on the island. It was great for gigs, as Aimee was cranking a solid eight shows a week, “But it was too easy,” she reflects. “There was no competition. There was no one to learn from.” 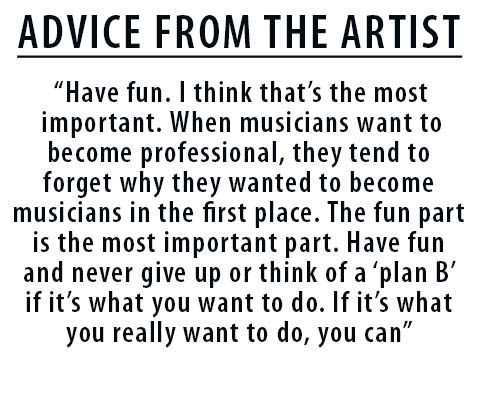 Her next move was to New York City to attend Purchase College for music; she graduated in 2009. “It was really incredible,” she says of moving to the Big Apple. “It was all I wanted. It was the reason I came here: so much music, so much talent. Every day you discover a new musician. I still haven’t been to every jazz club.”

Aimee’s ear for learning has paid off. She has won the Thelonious Monk Jazz Competition, the Montreux Jazz Festival competition in Switzerland and the Sarah Vaughn Jazz Vocal Competition. She continues to live in Manhattan, but also logs time on the road performing with various groups. In 2012 she performed at the Syracuse M&T Jazz Festival with Brazilian guitarist Diego Figueiredo. For her return to Central New York on Friday, Aimee will be accompanied by a full band. 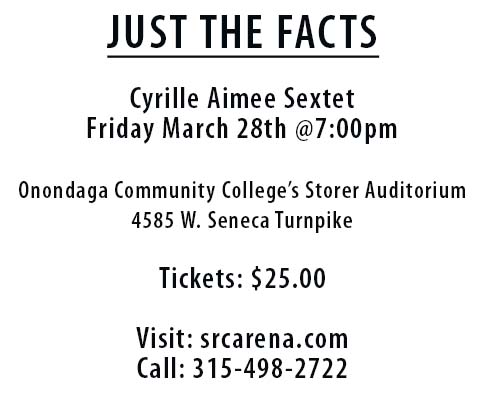 Although her heart lies with jazz, Aimee emphasizes that she listens to everything, keeping her mind open to all genres including salsa, Indian, African, pop, folk, blues, country, rhythm’n’blues and rap. “There are so many singers I love,” she says, putting Ella Fitzgerald and Bobby McFerrin at the top of her list.

She notes that the best part of music is also the part that started her in the first place. “I love when people come to the show and leave with a smile on their face, feeling good,” Aimee says. “When I {first} sang in front of the whole family and all the guitars, they all had smiles on their faces. I knew it was what I wanted to do forever.” 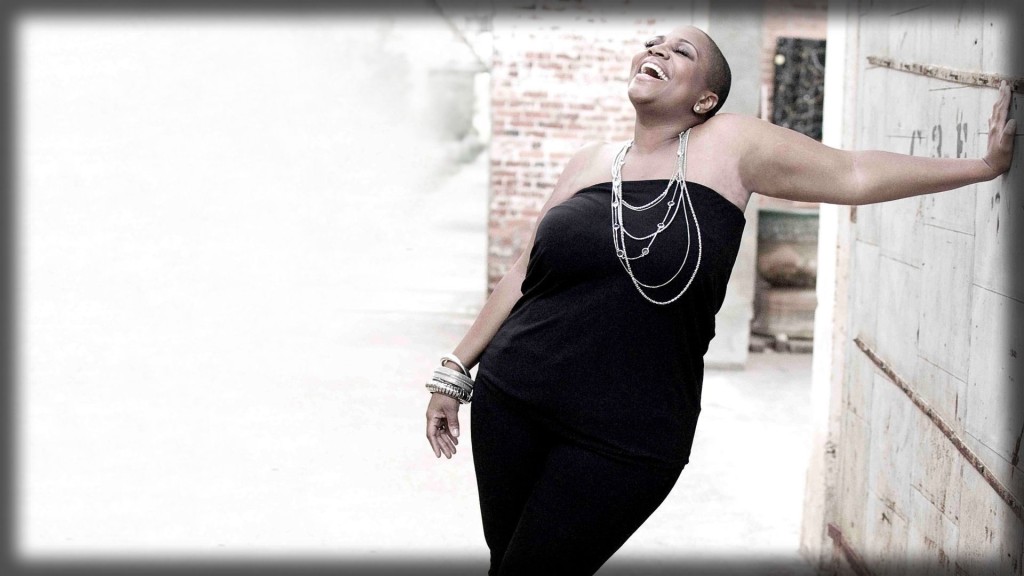 The Avery Sunshine Duo will make their Syracuse debut during a free concert on Saturday, March 29, 7 p.m., at Onondaga Community College’s Storer Auditorium. The pair will perform as part of a Women’s History Month celebration for this last-minute addition to the Legends of Jazz Series.

Singer, songwriter and pianist Sunshine has a powerful, gospel-soaked voice that infuses her music with honesty. Her explosive pipes and stage presence have landed her gigs including as choral director on the theatrical production of Dreamgirls and big rotation time on the VH1 and Music Choice channels. She has also shared stages with Kem, Musiq, Soulchild, Rachelle Ferrell and the legendary B.B. King. Her performance at OCC marks a rare visit to this part of the country. Frank Malfitano, director and producer of the Legends of Jazz Series, adds, “She is amazing.”

Points of Reference: March 21
10 Outrageous Music Collectibles You Can Find on eBay
To Top