Lucy Kaplansky and Richard Shindell made themselves independent careers that have resulted in extensive discographies and recognition around the world. But put together, the two equal a sum much greater than the parts.

After singing together for 25 years, the two finally collaborated officially as the Pine Hill Project and recorded Tomorrow You’re Going over the past year. They’ll visit Syracuse with a Folkus Project-sponsored show on Friday, March 6, at May Memorial Unitarian Universalist Society.

The album features covers of songs that were put down live in the studio with the help of producer Larry Campbell (Bob Dylan, Levon Helm, B.B. King, Sheryl Crow) and a batch of A-list musicians. It was funded by a Kickstarter campaign that surpassed its $40,000 goal in the first 24 hours, ultimately raising more than $85,000.

“Kickstarter was so much work because it was so successful,” says Shindell, 54. “You promise things to people for donations, so you have to follow through. You have to be careful what you promise.”

Kaplansky, 55, adds, “We’re still fulfilling. We promised coffees with people. We have a bunch of those to do.” 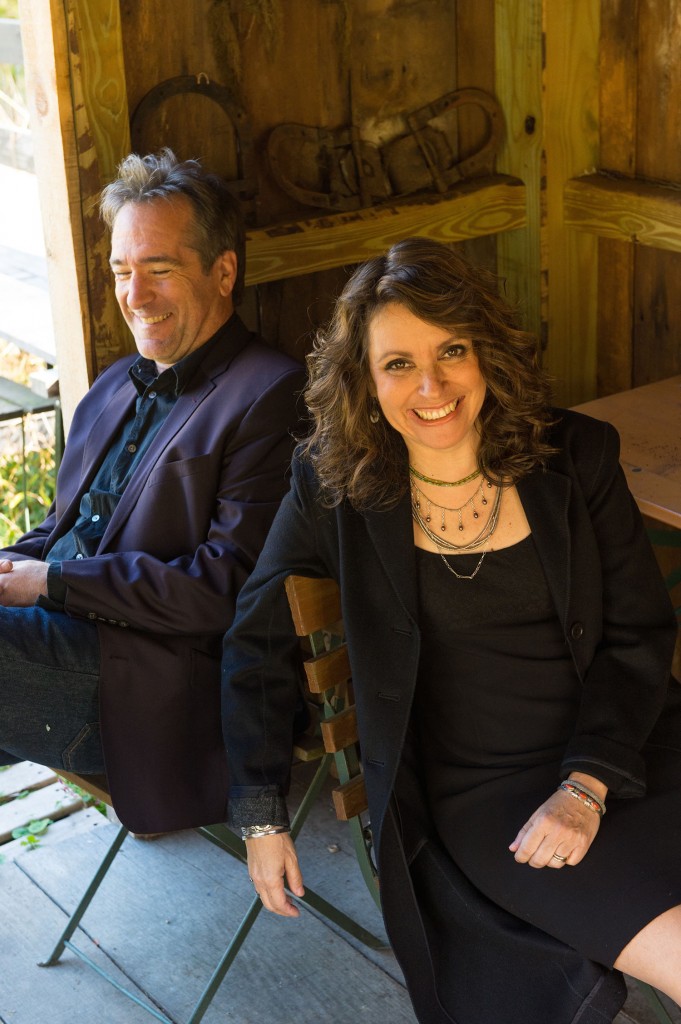 The pair of musicmakers felt an instant connection when they first met. They were each working as successful musicians with their own respective projects when Shindell’s producer recommended Kaplansky’s voice for his 1992 album Sparrow’s Point. Once they heard each other in the studio, they found a powerful mutual respect.

They occasionally sang together over the years, but it was only two years ago that they decided to make an album. “We did a few shows together and they were so fun and we sounded so good together,” Kaplansky says. “I remember saying to him, ‘We really have a thing.’ In my mind, I was thinking, ‘We should do this.’”

So they raised money through the Kickstarter campaign and worked with Campbell at Applehead Recording in Woodstock. They brought in their own engineer, but musicians came naturally, some even by surprise. “The studio is like a clubhouse,” Shindell explains. “You go in with your buddies and mess around and have a great time and play some songs. It always ends too quickly.”

Kaplansky adds, “We recorded a whole lot of it live and it was so, so fun, about as fun as it gets. It comes out a little differently. You have a different energy when you do it live.”

The live atmosphere was a welcome change for Shindell, who had just finished the 2011 solo record 13 Songs You May or May Not Have Heard Before. “It was very obsessive in a detailed way,” he says. “It took two years. Coming into this record and doing it in a few weeks was such a pleasure. It’s not as perfect: It’s human. There is a lot of give and take, a lot of swing. A lot of things we didn’t correct. They’re not mistakes, but human imperfections. It breathes.”

Both Kaplansky and Shindell came to the table with ideas of covers, but many didn’t coalesce as they expected. “The idea was to record a bunch of songs we thought were great songs,” Kaplansky says. “There was no theme. But when we tried playing them, they weren’t killing us and they got put in the discard pile. At the last minute, Richard pulled out two or three ideas for new songs and then a theme came out. It was about people leaving, the end of something.”

They came up with the title Tomorrow You’re Going from the Dolly Parton track, “Making Plans,” and the songs finally came together as they had imagined. “It was an unconscious thing,” Kaplansky says. “The power of the unconscious! We didn’t even know.”

When the duo visits Syracuse, accompanied by Marc Schulman, they’ll perform many of those covers from the new album, due later this year, but will also tap into their large catalog of original material. “We’re both songwriters,” Shindell says. “People want to hear that. They want to hear new stuff, but stuff we’ve written, too.”

Kaplansky concludes, “When Richard and I first sang together, and ever since then, the way we sound together is a very unique thing. I’ve never heard anything like it in any other duo. It gives me so much happiness. It’s so gratifying. It is very special.”

“You have to really love the song form from an early, early age. All of the most interesting examples of how a song gets put together should be something that fascinates you from the get-go. You have to be conversant and intimately acquainted with the ways people have written songs. Know that stuff, know where it came from.”
–Richard Shindell

“There’s the elusive or very intangible thing called ‘talent’. One thing I say to people is that if you are talented, something will happen. People will talk about you. You will get gigs. You can try for 20 years, but if nothing has happened, maybe it’s not gonna happen. Maybe that’s a dark thing to say.”
–Lucy Kaplansky

Fresh Music Friday: Banoffee
Appice Brothers: They Got the Beat
To Top