Hailing from the Catskill Mountain region, and the band blossomed in New York City

A small tremor was  felt around the Syracuse the evening of Friday, April 17. Sister Sparrow & The Dirty Birds took to the Westcott Theater stage. I was able to steal a minute of the Kincheloe siblings’ time after the show, checking in to see how their tour is going?

Why come back to Syracuse?

AK: “We actually grew up in the Catskills. It’s not quite like home, but it’s kind of like home. We love Upstate New York. Of course, we’ll come back to Syracuse”

After missing them the first time they came to Syracuse, it was difficult to pass up seeing them on this tour as they’re promoting their upcoming May release The Weather Below. The rock, funk, blues, soul quadruple threat is only the beginning when describing the musical fury that this band produces. The intensity of the brass section is as poignant as Chicago or any 1970’s funk band — and it’s important to mention that Brian Graham and Phil Rodriguez are only two guys creating the airy blasts.

The band has a hearty tour, and their next stop is in New Orleans, a place where they should be seen. It’s apparent that they’ve gained their notoriety from playing on the road, obtaining and maintaining their fan base doing it “the old way.” And taking that classic approach to gaining street credit proves the audience: an older age group. Yes, there were Gen X and Millennials in the crowd, but there was a significant population of our parents’ ages.

Whats the best feeling before a show?

JK: “It’s great feeling when we see people there, waiting for the show to begin.”

The roots of the Sister Sparrow & The Dirty Birds sprung to life, hailing from the Catskill Mountain region, and the band blossomed in New York City. The band produces the swirling background for singer Arliegh Kincheloe’s distinct vocal work. The smokiness that caresses the lyrics coming out of her mouth cannot be compared to the melodic coarseness of Janis Joplin, but the attribution is strictly her own.

Kincheloe’s brother, Jackson, plowed through the songs equipped with harmonicas with swinging wails; the bursts of consecutive notes, at times, were running faster than a woodpecker’s anxious beak. As Dan Boyden beat behind the kit, Sasha Brown and John Myers roamed around stage with guitar and bass in-hand. The bass drum punches kept steps in-time as the quick riffs injected caffeine into the concert goers. The smooth bass licks played marionette, controlling head/neck and hip movement. 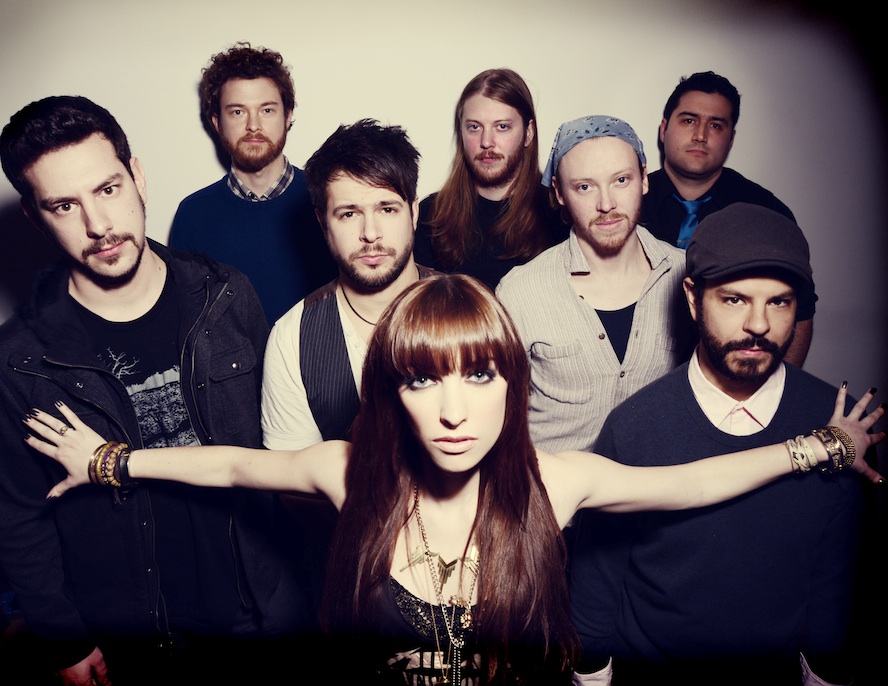 What did you have at Modern Malt? How did you enjoy it?

AK: “I just got an egg sandwich, but it was delicious. I loved it.”

Via social media, the band took a group shot of themselves enjoying their time in Syracuse at our latest eating establishment, Modern Malt.

To report: The musicians had high-energy, so they didn’t overeat. To contradict the show opener, “Under the Weather,” they seemed just fine.

AK: “Probably ‘Mama Knows,’ because it’s the first single off of the new album. People are starting to recognize it. We [referring to her brother] also like that song, because it’s about our mom.”

The first three notes of the upbeat “Make It Rain” shattered the split-second moment we patrons were allowed to catch our breath before the Friday night dance party continued full-force. Rodriguez and Graham kicked the door down with brass blasts to make way for Jackson’s harmonica.

After the perpetually groovy “Lasso,” covers of  Motley Crue’s “Dr. Feelgood” and Tom Petty’s “You Don’t Know How It Feels” were the last pushes before ending with their self-titled album closer: “Road Trip.”

What was your favorite cartoon from when you were a kid?

The band’s new album The Weather Below hits stores May 19.