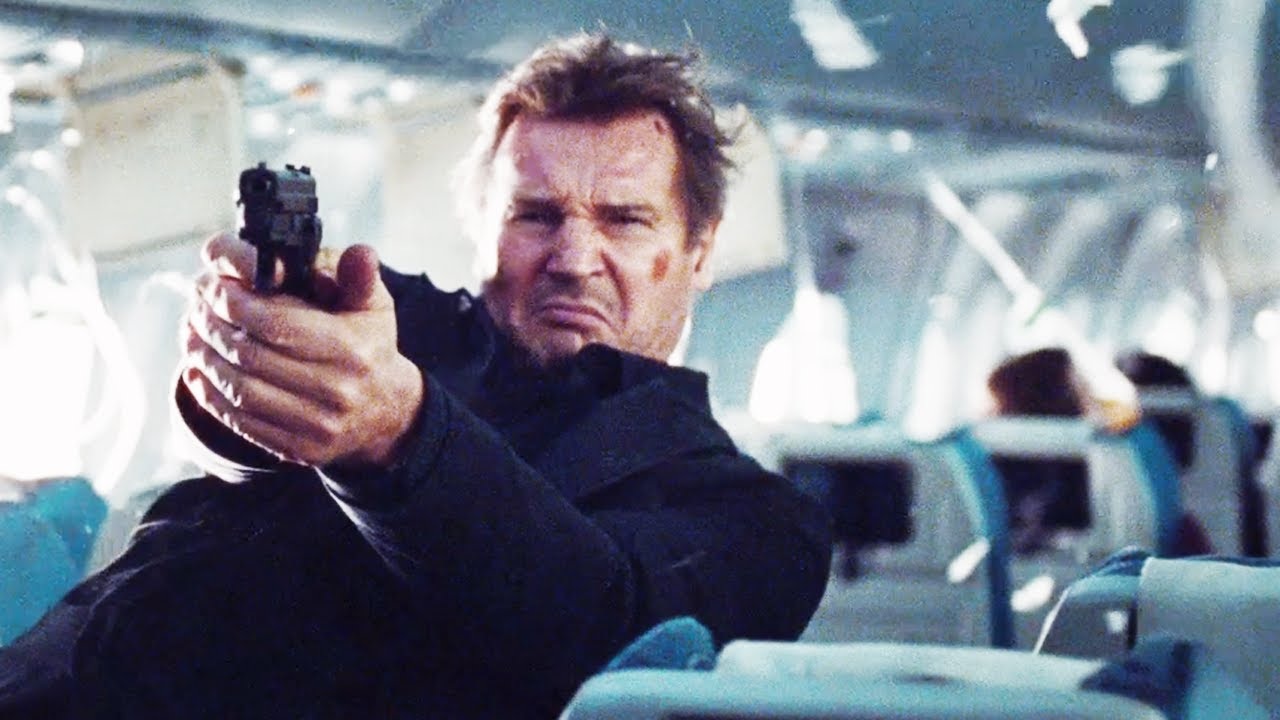 You’d like to think the storyline to “Non-Stop” is far too outlandish for real life.

A U.S. Air Marshall, played as a terminally cranky dude by Liam Neeson, gets thurst into the middle of a Transatlantic plot to extort $150 million.

The thorny situation gets more prickly by the minute. By every 20 minutes, actually, as the anonymous villain, who’s in contact with the Marshal by email only, threatens that somebody will die after that time frame if demands are not met.

Directed by Jaume Collet-Serra and written by John W. Richardson and Christopher Roach, “Non-Stop” is part drama, part action and totally a mystery of the highest order.

The plot twists are many, yet everything is easy to follow, what with all major players except one TSA guy on the phone, sharing air on the jumbo jet.

The criminal, it seems, has thought the crime through from every angle, including the wise move of picking a flight with Neeson’s character Bill Marks as the Marshal. Like his last name predicts, Mr. Marks is easy prey for a sublime frame job. Trouble permeates his past.

Each time another 20 minutes ticks off, bang, a masterminded event makes it look more and more as if Marks is the man behind the hijack. But Marks doth protest, loudly.

Sides are chosen by the passengers on board, and the main players have to think hard about who and what to believe. An unvoiced connection is the knowledge of that 911 flight where the heroic passengers fought with the hijackers to make sure that the plane crashed in a field in Pennsylvania instead of smack in the middle of Washington, D.C.

Passengers, crew and that voice on the ground weigh in with opinions and options. All the characters are well done, particularly Julianna Moore as the passenger seated next to Marks as the plane takes off. Moore is quite wonderful going wide-eyed but sticking true to her convictions as the scene heats up.

Michelle Dockery and Lupita Nyong-O stand out as attendants who stay focuses, and Corey Stoll and Omar Metwally are sturdy as passengers unafraid to get involved.

Passions collide. Passengers collude. Satellite news beamed into the jet throws more fuel onto the fire with its declaration the Marshal Marks is the sad drinker who’s proved who unsafe the skies are for all.

The mystery deepens, everybody on the jet becomes frantic, and the situation is just waiting to explode.

The ending is quite satisfying, and all too believable.

I couldn’t help but walk out of the theater wondering if we’re going to hear about something like this happening in the skies and praying that we won’t.