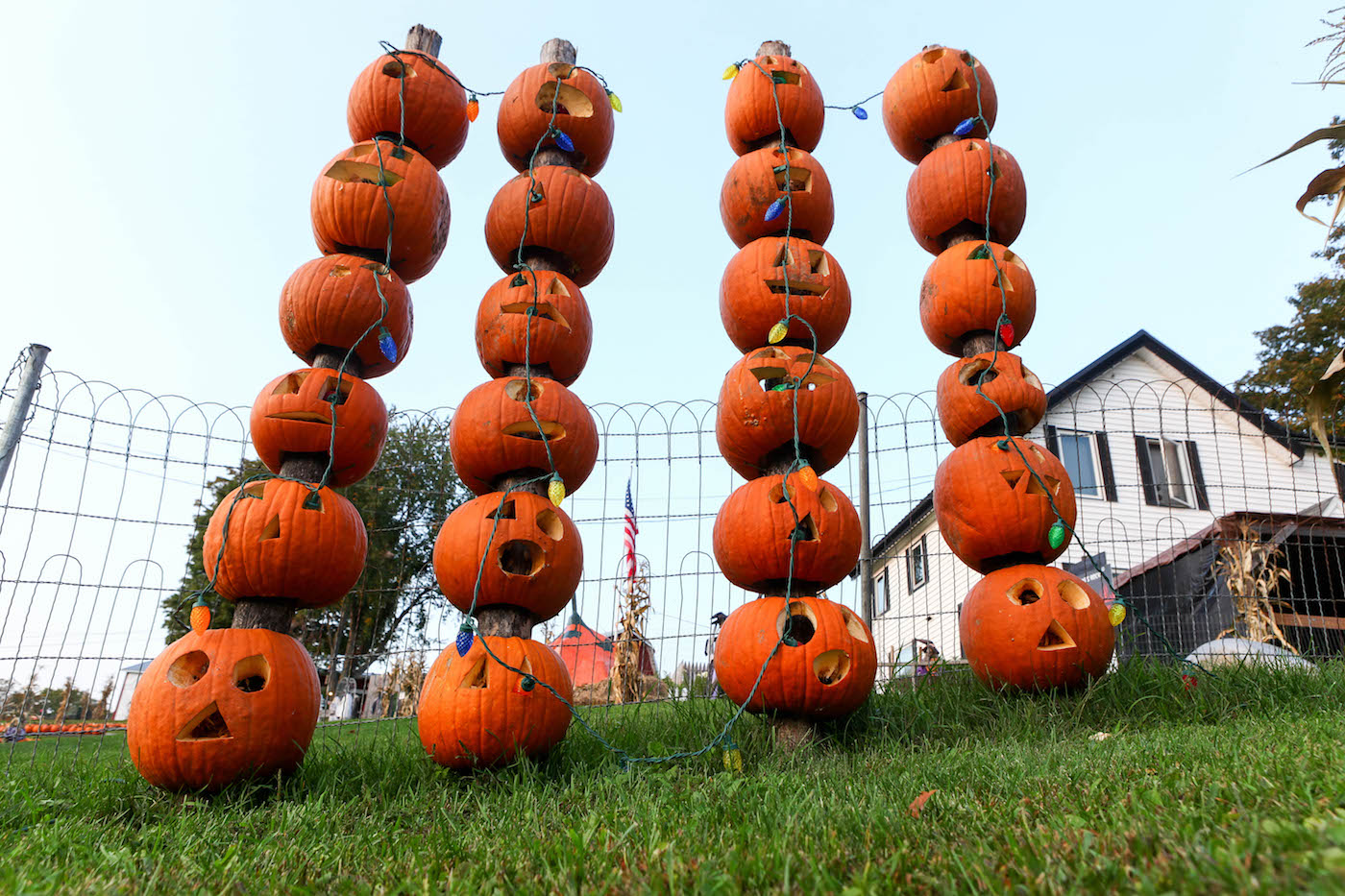 “Happy Halloween” is more than just a greeting at Will’s Cackleberry Castle Pumpkin Farm. It’s the theme, as the owners ensure that guests at their Camden farm enjoy their visit.

“Everybody’s happy when they come here,” said third-generation co-owner Misty Will Portner. “I like to just watch all the people walking around with smiles on their faces.”

The farm had humble beginnings, growing from a simple vegetable stand to become one of Central New York’s premiere autumn family destinations. Will’s Cackleberry Castle Pumpkin Farm has given their guests, and their own family members, multi-generational memories of fall farm fun since the mid-1950s.

Original owners Bob and Verda Will had a produce stand in front of their Hillsboro Road farm back in the early 1950s. In 1955, their children carved 11 jack-o-lanterns that were lighted and displayed near the stand to celebrate the Halloween holiday. When the Wills noticed that passers-by often stopped to take a look, they decided to expand their modest display. The farm soon featured huge totem poles piled high with orange pumpkin faces, hayrides in the field, and the conversational Mrs. Pumpkin, one of the very few talking pumpkins in existence. 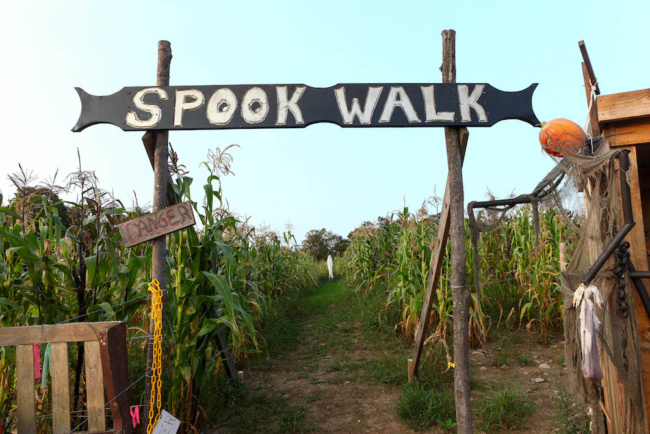 Verda Will was often seen scooting around the site dressed as a witch, albeit a good witch rather than the nasty counterpart. If kids got scared by her appearance, she would show that she wasn’t really all that frightening. She also loved when people recognized her away from the farm, although parents were sometimes taken aback as their children still called her a “witch” when she was out of costume.

When the Wills’ children had grown up and moved out of state by 1996, the parents decided to close down the pumpkin farm after that season. Bob Will died in 2001, while Verda Will today lives in a nursing home.

It was a long, solemn absence for the next 15 years in the fields of Hillsboro Road, until family members brought it back in 2011. Misty Will Portner, the Wills’ granddaughter, and her husband, Chris, re-launched the festivities at the same location, where Misty had spent so much quality time as a child working alongside Grandma and Grandpa. Their return was heralded by thousands of well-wishers that first season, many of whom had their own fond childhood memories of the farm and now wanted to share those with newer generations.

“Misty was always her grandmother’s right-hand man around the farm,” said middle-generation member Alan Will, who is Misty’s father and Verda and Bob’s son. “That’s how she learned everything about running it. It’s great that she has kept the tradition of making this a family-oriented attraction.”

It was Misty’s idea to bring the farm back for the families of the area to enjoy anew, her dad added. “It’s great to be able to work with family, friends, neighbors and our employees,” Misty said. “And we keep growing this bigger every year.”

Misty said their preparations for the season begin with crop planting in the spring, and continues in June with maintenance to their attractions. The farm really kicks into high gear after the Fourth of July to make sure everything is set for their annual September reopening. 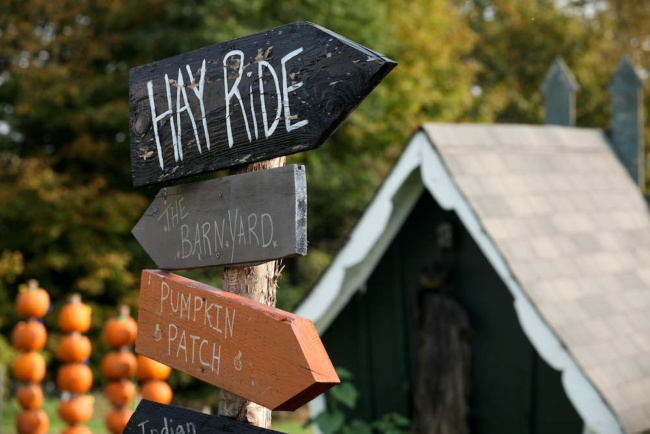 Signs of the many attractions the pumpkin patch has to offer. Michael Davis photo

One of their biggest jobs is carving the faces on all those jack-o-lanterns. “We carve 250 pumpkins a week for the totem poles,” Misty noted.

Open now through Halloween, the farm features a kids’ playground area and a bounce house; the “Spook Walk” corn trail; hayrides; outdoor family-friendly movies as weather permits; a concession stand, fudge house, and popcorn palace; a graveyard, a novelty shop; and plenty of pumpkins, gourds, corn stalks, and cider for sale. Field trips and bus tours are available by appointment on Thursdays and Fridays.

Admission and parking are both free, and so are visits with Mrs. Pumpkin and viewing their attractions. Their visitors are also encouraged to share their own photos of trips to the pumpkin farm with them for inclusion in a running slideshow; details are on their website.

Chris said he came to the farm as a child, and had fond memories there. Misty’s stepmom Rashelle Will said she married into the business, and has only been around for the new generation. But what she sees there is “awesome,” she complimented.

The future looks secure as the next generation is being groomed to continue the Will tradition. Young Max and Amelia Portner, Misty and Chris’ kids, are already doing their own chores there. Max, 9, says he enjoys decorating around the scenes and feeding the animals, including sheep, pigs, chickens, cows, and even mini-horses. Amelia, 7, says she also likes to help out with her own chores as much as possible.

Chris Portner said the family time they spend together on the farm is invaluable. “Working together with my family really makes us closer,” he said. “Sometimes it’s a challenge to keep up with all of it, but I know I have family right here to back me up.”