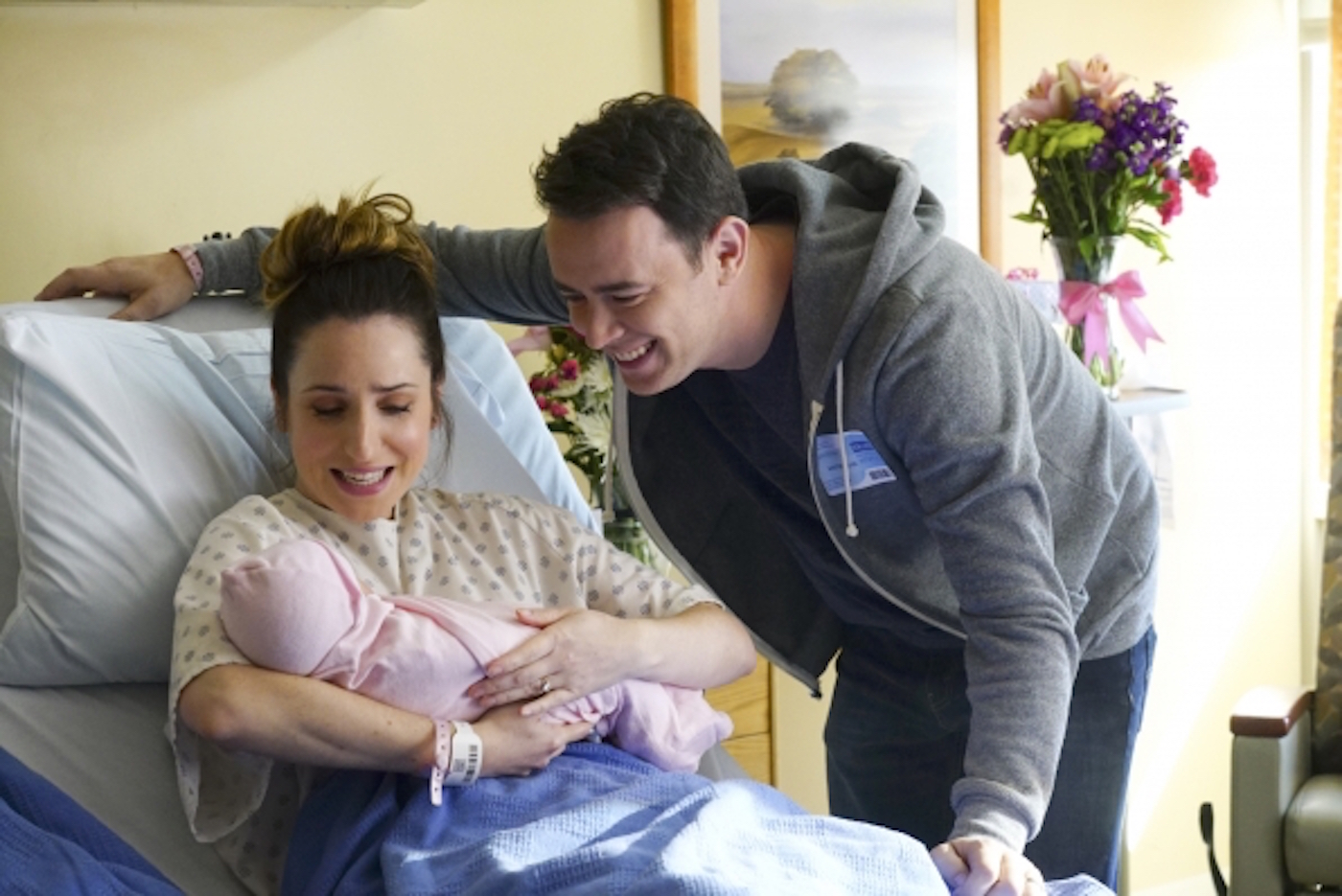 I must admit, I haven’t watched much new TV this summer. I’ve been catching up. I’m up-to-date on The Good Wife and The Americans, and I finished Parks & Recreation. I’m slowly working my way through The Sopranos. I tested the waters of Comedy Central’s Another Period and Netflix’s Sense8 (both awful). I said goodbye to The Daily Show with Jon Stewart and replaced it (for now) with Last Week Tonight with John Oliver. I boycotted CBS’s abhorable “reality experiment” The Briefcase. I’ll be queueing up the critically-acclaimed UnReal (Lifetime) before its second season.

Most of my TV time this summer has been spent bingeing on the recently-ended NBC series Parenthood. After indulging in five seasons of the emotional drug that was Friday Night Lights, I moved on to executive producer Jason Katims next addicting product. As Sarah Larsen said, “The two shows shared a soul, if not an aesthetic.” (Warning if you click: major spoilers.)

Over six seasons, Parenthood followed the adventures of the close-knit, Berkeley-based Braverman clan (an older couple, their four adult children and their families) through romance, breakups, births, graduations, business ventures, failures and the myriad struggles of everyday life. It was simple, heartwarming and fun — the ultimate binge fodder.

At the end of a long day on the 9 to 5 p.m. haul, I now find that I want nothing more than to sit down and spend time with my dear friends the Bravermans. Each character is fundamentally good — there are no Walter Whites or Tony Sopranos in this bunch. They are smart people with nothing but love in their hearts who care about family more than anything else.

Parenthood was what many would call a “white bread” show. It wasn’t particularly challenging. There were few gray morals or difficult decisions being made. When characters did face curveballs, they were thrown with a soft pitch and a stroke of luck, and everyone (including the audience) felt great about what happened in the end. Aw, shucks. Isn’t that nice?

But, as Larsen also noted, even when it verged on sappy and felt a little too all-(white) American, it made you feel “fully human.” In a landscape of anti-heros and zombie chases, it was emotionally refreshing, easy and gratifying to watch.

When Parenthood ended earlier this year, Indiewire’s Ben Travers questioned whether we would ever see another show like it. It premiered six months after the ABC phenomenon Modern Family (up for its sixth Primetime Emmy for Outstanding Comedy Series in a few weeks), hoping to be its dramatic equivalent. But, Travers said, audiences today prefer bite-sized comedy and reality TV to 42-minute dramas like Parenthood. Plus, Americans are far too cynical for that kind of relentless positivity.

This fall, it looks like Travers might be proven wrong, as CBS tries to find the right mix between half-hour antics and emotional depth in Life in Pieces. The ad tagline is, “One big family. Four short stories. Every week.” The Short family’s structure is remarkably similar to the Bravermans’: an older couple, their three adult children and their families. The show’s aesthetic is remarkably similar to Modern Family: a quirky, dysfunctional family just trying to get through normal, everyday life.

The show will differ from your average half-hour comedy, in that each of the four intertwined stories in each episode will happen independent of one another. Whereas with Modern Family, we see small pieces of each story intermixed throughout, all of which are then brought together at the episode’s conclusion. Each story on Life in Pieces, however, will come in its own, short-film-like package. Each of the first three segments will focus on one family unit: the single guy, the couple with the newborn, the family of five, or the parents. The final segment will feature everyone.

Hidden within its high jinks-focused previews are the traces of a show with more depth than one might expect from the network that brought us The Big Bang Theory and 2 Broke Girls.

“Life is about these moments,” said the father, John, played by James Brolin (of Pensacola: Wings of Gold, and real-life husband of Barbara Streisand). “Pieces of time. Slices of life that flash by, but they stay in your heart forever.”

“I don’t know where any one of my family members is on each given day, but when I see them, we pick up right where we left off,” Hanks said in the behind-the-scenes clip. “You can all be busy, you can all have your own lives, but then when you come together, you’re a family.”

Funny, that’s how I feel about the Bravermans. Maybe starting Sept. 21, I’ll have a new favorite family to come home to.