Concerts and surprises aplenty highlight the 12-day run of the New York State Fair, as previewed by Bill DeLapp

You never know who will show up at the annual New York State Fair, running Thursday, Aug. 21, through Labor Day Monday, Sept. 1. Since it’s an election year, it’s a safe bet that Gov. Andrew Cuomo should be hanging out on Governor’s Day, which takes place on opening day. (Fairgoers with long memories will recall the many times that Nelson Rockefeller was a perennial no-show.) Yet even though Hillary Clinton has a new book to promote, and possible presidential aspirations down the road, nobody knows yet whether she’ll be dropping by for a sausage sandwich. 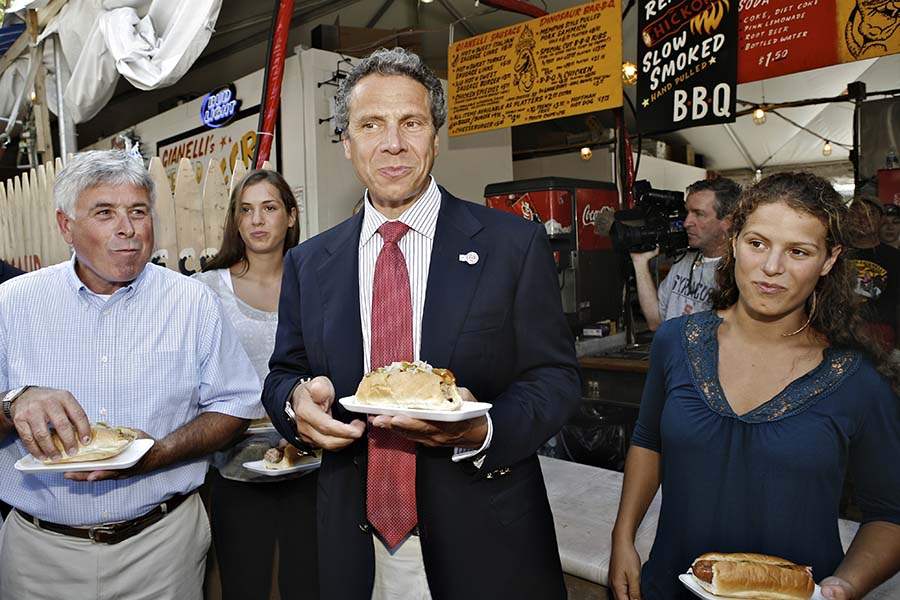 The only sure things will be the concerts and guest appearances that have already been booked, everyone from Pitbull to charter members of The Brady Bunch sitcom, as the State Fair takes full advantage of its several performance venues. On some nights the entertainment menu goes into overdrive: On the evening of Monday, Aug. 25, the decision is between Kid Rock at the Grandstand, Dave Matthews tribute band Big Eyed Fish at the Midway Stage or stepping back in time with Steppenwolf at Chevy Court. Anybody got a three-headed coin?

Big touring acts usually hit the big-ticket Grandstand, which can seat up to 17,000, with country acts often capable of luring the most traffic. Aside from music, the Grandstand also hosts a pair of automotive spectacles: the annual Monster Truck show on Sunday, Aug. 31, 7:30 p.m., and the state Championship Demolition Derby on Monday, Sept. 1, 4:30 p.m. Tickets are $13.25 for each show. 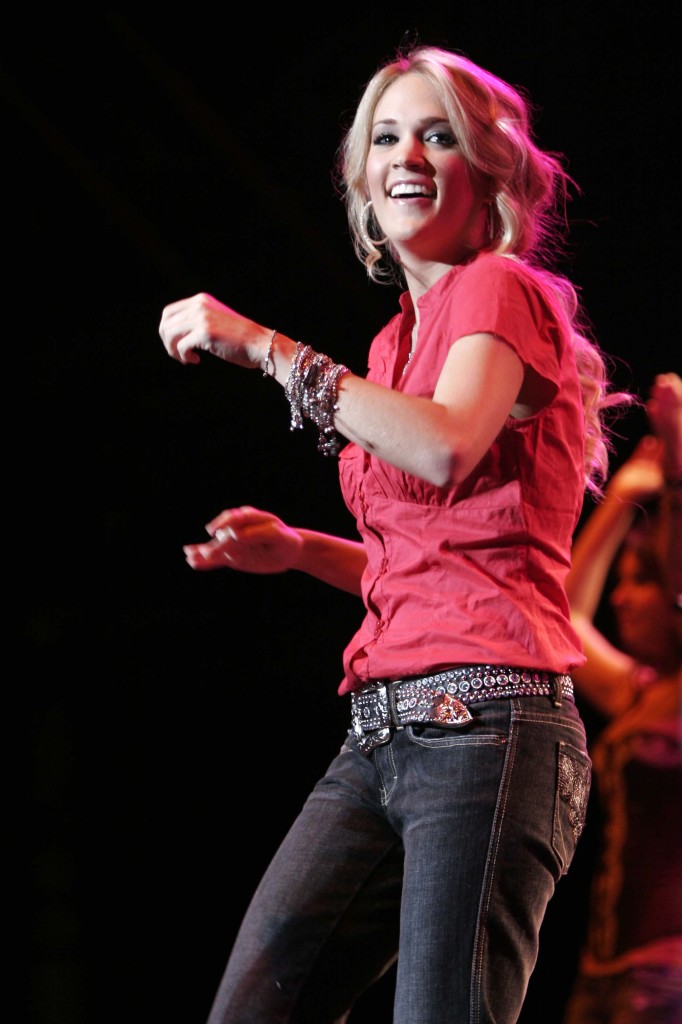 Seating at the free shows of Chevy Court is quite variable depending on a headliner’s popularity; many patrons stand on the sidelines for an earful during concerts, which can attract more than 15,000. Fans have learned to stake their Chevy Court stomping grounds way early in the day, around the time that WSYR-Channel 9’s 10 a.m. infotainment show Bridge Street takes the stage, and long before the court’s evening show starts at 8 p.m.

Meanwhile, the Midway Stage, located at the opposite end of the fairgrounds near the kiddie midway, has seen steady growth with its booking of statewide and national acts. This year’s admission-free shows, all at 7:30 p.m., include a warbling trio of former contestants from the NBC talent show The Voice (Thursday, Aug. 21), country crooner John Anderson (Friday, Aug. 22) and TV-made stars from Big Brother and The Amazing Race (Sunday, Aug. 31).

The air-conditioned Empire Theater, located within the Art and Home Center, also gets into the act this summer with two boob-tube events. On Saturday, Aug. 23, 7:30 p.m., fans of the soon-to-be-canceled gabfest Chelsea Lately can meet comics Fortune Feimster, Heather McDonald and Brad Wollock. And on Sunday, Aug. 24, 7:30 p.m., Brady Bunch alums Barry Williams, Susan Olsen and Christopher Knight will chat about their deathless sitcom. Tickets are $20 for either show, although the venue has limited seating capacity.

Uproar Festival. Friday, Aug. 22, 2 p.m. Grandstand backstagers will have a dickens of a time tearing down the Paisley setup and then working to install two separate stages to get this hard rock fest going for an afternoon start. Longtime rockers Godsmack climax the daylong blowout, which also includes music from Skillet, Pop Evil, Escape the Fate, Suicide Girls, Redlight King, Three Years Hollow, Sons of Revelry and more. Tickets are $40, $50 and $60.

Pitbull. Saturday, Aug. 23, 7:30 p.m. The Miami rapper specializes in hot-and-heavy dance grooves that will get lots of backfields in motion amid the rumpshakers. Tickets are $37, $47 and $57.

Carrie Underwood. Wednesday, Aug. 27, 7:30 p.m. The second salvo of country music at this year’s Grandstand features the State Fair return of Underwood, perhaps the best-known alum from the American Idol series. Tickets are $50, $60 and $70.

Journey and Cheap Trick. Thursday, Aug. 28, 7:30 p.m. This double-barreled blast of rock from the 1970s and 1980s features the endearing pop hits of Journey (with lead singer Arnel Pineda now hitting the long-ago high notes of Steve Perry) and the forever crunchy power punk personified by Trick veterans Rick Nielsen and Robin Zander. Tickets are $45, $55 and $65.

Jason Aldean. Saturday, Aug. 30, 7:30 p.m. The white-hatted country hitmaker wraps the musical entertainment at the Grandstand, with Florida Georgia Line getting the party started. Tickets are $57, $67 and $77. 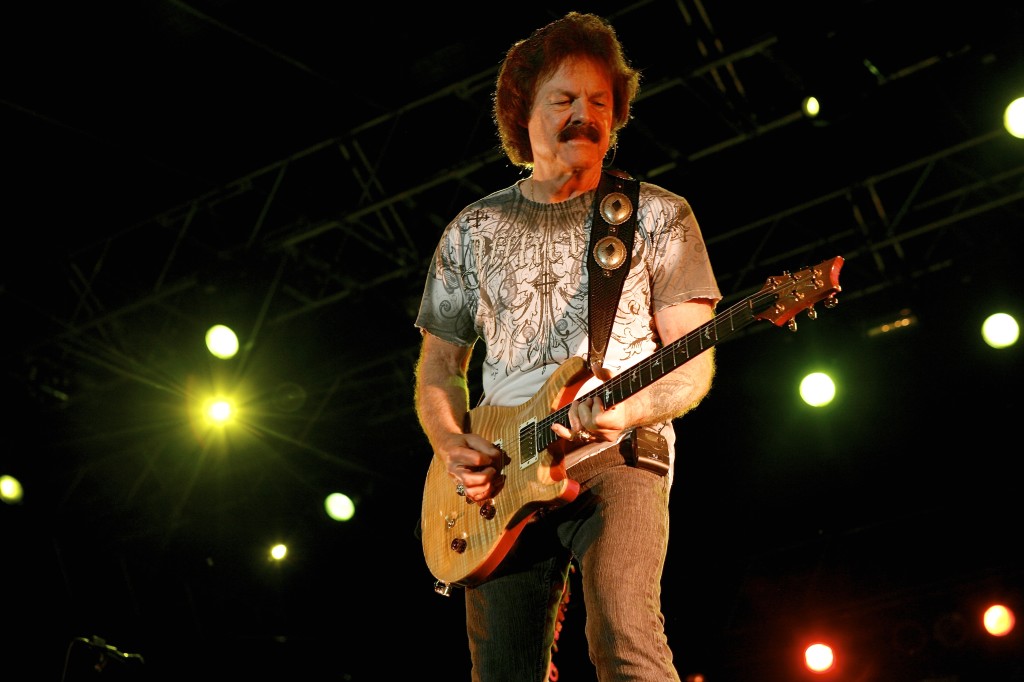 Barenaked Ladies. Thursday, Aug. 21, 8 p.m. The Canadian alt-rockers will probably receive royalties for years thanks to their contribution of the musical theme for the sitcom smash The Big Bang Theory.

Smash Mouth. Friday, Aug. 22, 2 p.m. The pop rockers garnered a new fan base when their cover of the Monkees’ hit “I’m a Believer” turned up in the Shrek flicks.

Jason Derulo. Friday, Aug. 22, 8 p.m. The urban rapper behind the catchy “Talk Dirty” and “Wiggle” should attract a huge posse to Chevy Court.

The Bacon Brothers. Saturday, Aug. 23, 8 p.m. During actor Kevin Bacon’s downtime from starring in the Fox procedural The Following, he teams with his composer brother Michael and hits the road for some music dates.

Young the Giant. Sun. 8 p.m. Not to be confused with Andre the Giant, this Southern California quintet will appeal to the indie-rock demographic.

Herman’s Hermits. Monday, Aug. 25, 2 p.m. Peter Noone brings back the innocence of the British Invasion with his substantial catalog of 1960s chart smashes.

John Kay and Steppenwolf. Monday, Aug. 26, 8 p.m. Vocalist Kay will always be identified for his classic-rock contributions to “Born to be Wild” and “Magic Carpet Ride.”

Southside Johnny and the Asbury Jukes. Friday, Aug. 29, 8 p.m. The purveyors of authentic Jersey Shore rock’n’roll return after getting rained out at Chevy Court a few years ago.

The Doobie Brothers. Monday, Sept. 1, 6 p.m. Chevy Court closes with a bang with this early-evening concert by the rock veterans, followed by a fireworks display.