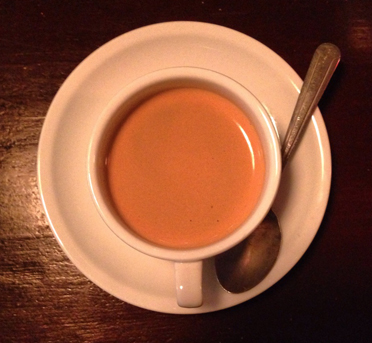 And sometimes we sit at the corner of the street with a cigarette hanging out of our mouth (if that’s your kind of thing) as we flick and cast pebbles across the street. And of course all of this is a metaphor for the down-and-out perception that clogs our minds. The thing is there is no cigarette, there is no melodramatic sitting on the curb, either, in your nice clothes and pitifully looking across the street to shadow ghosts wallowing in the lamplight. You ultimately ask yourself what the hell are you even doing here, in this spot.

“That’s the punchline, that’s the way it should be.”

– The Walkmen, “That’s the Punchline“

The art of the aside isn’t as easy as it’s distinguished. It’s a moment that has to be recognized by all parties in the room: the people involved (especially), the people surrounding the one (especially) or (possibly) two or (maybe, and this is being overly generous) three (and no more)’, and the audience (which can be made up of a variety of beings for lack of a better word).  The aside comes with convenient timing, when everyone else is busy having theirs, being wrapped up in a conversation that is highlighted over the mumbling of the environment and accented by the spotlight.

An aside is revealing. Anything can be said, or done without notice of the other people in the room, but the audience gets a view of what is going on. The character or characters could set the place afire and no one would give a care until someone spoke up and said, “Oh, shit. This place is is burning. We should probably leave.”

It’s a moment where there is often a reveal. The main character could showcase and vocalize their thoughts, a tidbit of information about others (characterization) that no one may know, and an interaction that is essential and crucial to the denouement.  You could witness a murder/assault, an affair, a rescuing, a connection (perhaps two pairs of eyes meeting across a room), an interaction with a pet, a child about to put something into a sink, a clogging of a toilet, an anvil falling from the sky … anything the imagination can lead you to.

The aside is a part that you probably should be paying attention to, especially if it happens numerous times over. Why? Well, the action or information usually is revisited in the future in some form or another. A couple of the characters that would be affected could be sitting somewhere, lying down if it’s the case, talking and basking in lamplight and comforted by shadows, taking a stroll, eating out … wherever.

Usually the future case, the revisiting, involves a reveal. Someone ends up kicking themselves.

“You say something’s wrong,
this kind of lifestyle does not work.
I’m trying something else
for a change, for a change.
That’s OK, OK, OK.”

– The Walkmen, “Revenge Wears No Wristwatch“

Then it’s time for that monumental soliloquy. The shift in persona. The change. The possibility for success or digging oneself deeper into the mess that they are in. But there is no necessity to debate whether the best way to tell a story, to play out your life, whether the meaning of life is best captured and told through drama or comedy, because it (the “great debate”) has already been done.

And, no, Wallace Shawn does not say, “Inconceivable!”

There is action to be taken. But a lot has to be thought through before the next pawn, the next decision, is played. But, perhaps, is it best to let the situation lie, let it be it is what it is?

Look down the road. There is more road.

“He spoke. And drank rapidly a glass of water.”