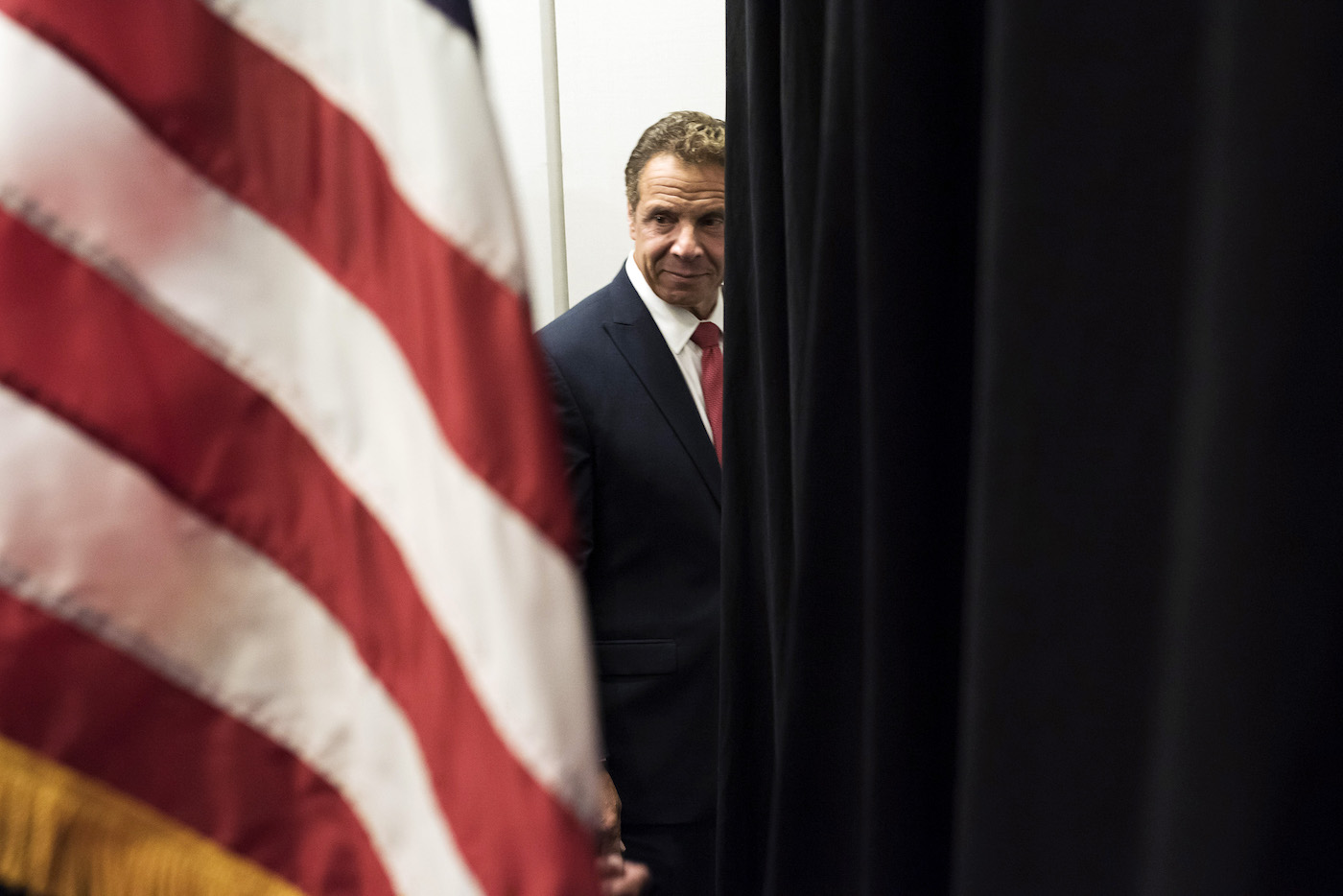 New York Gov. Andrew Cuomo is good at raising money. He is also a master at backroom deal making and pushing progressive legislation through a conservative-controlled chamber of the state Legislature. But it appears that as a comedian, the governor leaves much to be desired.

We were able to affirm that this week after Cuomo made comments about awarding more money to some of the state’s cities to fund revitalization efforts of their downtowns — comments that his office announced the next day were a joke.

Cuomo was in Hudson on Aug. 1, a Columbia County city that will receive $10 million after being selected as the Capital Region Regional Economic Development Council’s winner of the Downtown Revitalization Initiative, a statewide competition that awards $10 million grants to 10 municipalities — one in each of the state’s 10 regional economic development councils.

But while speaking, Cuomo indicated his intention to sweeten the pot a little for cities that applied but weren’t included in the top 10 winners.

Now, maybe the backend of that statement can help the argument that Cuomo was joking, but there were many, including The Associated Press in their initial report, that took the governor for his word that there would be runner-up prizes. In actuality, of the 104 communities that entered the competition, 94 will come away with no new funding.

Incredibly enough, this is not the first time Cuomo has made this “joke,” which may be why he thought people would presume it as one. Last year, when he was in Oswego to announce that the city had won the $10 million grant in the central New York council area, he said almost the same thing.

According to The Auburn Citizen, the Cayuga County city briefly thought it still had a chance of receiving money even though Oswego had won the ultimate prize. Much to their disappointment, no doubt.

Even when clarified as a joke, it is still unclear just what Cuomo finds humorous about not handing out money that many towns and cities across upstate New York could use for their aging downtowns.

Case and point: There’s a great recent article in The New York Times about Oneonta, a city that won the $10 million grant in that region during last year’s contest and how officials there see revitalizing downtown as a way to keep young people from leaving for bigger cities to live in and work, among other reasons.

Oneonta, like Hudson, was lucky it won the grant. But there are many communities, both in those areas and across the state, that are suffering from the same problems and have the same objectives and would gladly welcome any kind of state money to fulfill those objectives as much as can be done. Regenerating a downtown can help stimulate a city. Stimulating a city can help improve an entire region.

These contests were of the governor’s own making. He was well aware when he created them how valuable these grants would be to municipalities, so it is bewildering why he would treat them as if he’s teasing a bunch of dogs with different sizes of meat when only one will get meat at all.

If Cuomo is seriously considering a bid for the presidency in 2020, it would be in his best interest to wise up on what he finds amusing. It’s unlikely that many people in economically struggling small cities, particularly in upstate New York, would find an opportunity to breathe some life and blood back into their downtowns as something to joke about.

The only other thing New Yorkers should be seriously asking is this: Why does the governor seem to think all of these cities are in dire need of stellar steak knives?

OK, that was a joke.

UFOs, Aliens and Abductions Survey
Trump’s Advice To His Voters: Get Out Of Upstate New York
To Top