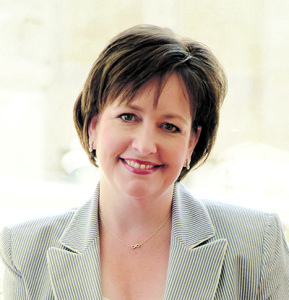 When people learn that I not only work downtown but live in downtown Syracuse they have two questions: Where do you park? and Where do you grocery shop?   Today, I’m getting onto my Downtown Parking Soapbox …  When did we become such a lazy society? Perhaps we can blame it on Henry Ford, when he made the automobile accessible to the average American. It prompted our love of the car and driving, which led to urban sprawl, which led to us thinking that if you can’t park right in front of your destination, then it’s not worth the stop. Hmmm, maybe that’s also why we’ve become an overweight society.   But back to parking. Did you know that downtown Syracuse has a combined total of 36 parking lots and garages equating to 10,953 parking spaces? That doesn’t include street parking (which I admit in the winter can be challenging when the snow is piled up).

The question I like to ask people is, why is it OK to park at DestiNY and walk a half mile to get to your shopping or entertainment destination, yet complain about walking three to five blocks to a downtown shopping or entertainment destination? If you strolled through all three levels of DestiNY, you could traverse more than three miles. If I walk from my office on Harrison Street to Kitty Hoynes, I will traverse 0.57 miles and can complete three or four other errands along the way while enjoying the fine architecture of the downtown streetscape.  I know, you’re thinking, yes, there may be parking, but I have to pay for it,  or you’ll rant that the last time you came downtown, you got a parking ticket.

My response: It’s all part of the personality of a city.

A few tips: Street parking is free after 5 p.m. (technically, 6 p.m.,  but the meter readers are off the clock at 5) and on weekends. The Washington Street garage (1,250 parking spaces) offers free parking on nights and weekends.  Isn’t paying $5 to $8 to park worth the experience of meeting friends for cocktails and then moving on to dinner and an off-broadway show? Isn’t it worth coming to Walton on Wednesday on a warm summer night for alfresco dining and live music? Isn’t it worth bringing the kids to the MOST and seeing an IMAX movie and then going for ice cream?

Nicole T. Samolis is president of The Events Company.  She and her husband, Kevin, moved downtown in March 2011. Last year, they bought the Wells & Coverly building, on South Salina Street, and they are redeveloping it. 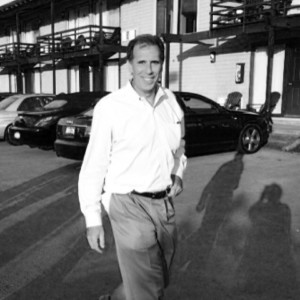 The events that led to Dr. Cynthia Morrow’s departure as the Onondaga County health commissioner are shortsighted, tragic and will harm our community.

As a former county legislator, I worked with the Health Department, the Social Services Department and the County Executive’s office. Morrow was the best. Her department achieved great progress in saving lives. The health of the women and children in our community improved under Morrow’s leadership.

Before Morrow was appointed as health commissioner, babies and young children in Onondaga County died at one of the highest rates in the nation. This mortality rate was a national shame.

Morrow battled infant mortality, saved lives and strengthened our community health care system for all mothers and children. Under her supervision, the Health Department became a model of good government. It set community goals. It employed talented nurses and professionals to care for pregnant women at their homes, to treat children in schools, to provide newborn baby check-ups and to teach healthy eating practices.

Independent experts have called the county’s recent shift of mother and child health services from the Health Department to the Social Services Department “breathtakingly stupid” and “nonsensical.” Why? Because the county Social Services office focuses on managing programs instead of improving health and solving problems.

Here is how the newly structured “Children and Family Services” office describes itself: “We provides [sic] public benefit programs along with casework programs for citizens of our county.”

During my terms in the legislature, I and other legislators tried to push the Social Services office to work in the community, just like the Health Department, by providing services where needed. We encouraged the department to work near the people it served. We encouraged the department to set goals to reduce poverty and hunger and to engage our entire community as partners to achieve these goals. Our efforts were stubbornly refused. Social Services remains a program-delivery operation, measured in terms of cases open, cases closed and dollars saved, instead of lives saved, poverty reduced or hunger eliminated.

Managing the health of our women and children through Social Services is not just “breathtakingly stupid,” it endangers the health of every woman and child in our community. It reduces their health to a program to be managed rather than lives to be saved and improved. To me, this change tells us that statistics take priority over problem-solving to save and improve lives.

Given the breathtakingly arrogant and petty manner in which Morrow was “escorted” from her office, there’s no way to get her back in county government. This is a shame. It is a horrendous mistake. It is a huge loss for the women and children of Onondaga County. It is a huge loss for all of us.
Tom Buckel is managing attorney for Legal Services of Central New York, which provides legal aid for people in need, and was a partner at Hancock & Estabrook LLP. He was an Onondaga County legislator from 2008 to 2011 and was a Democratic candidate for the House of Representatives in 1984. 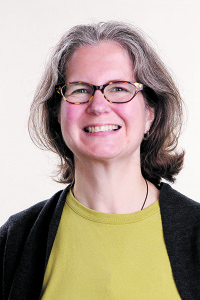 Want to help children avoid predatory adults? Tell them they don’t have to hug or kiss anyone out of respect or social convention, or for any other reason.

Children need to know they are in charge of their bodies. If you tell a child, “Go give Grandma a kiss hello,” when he doesn’t want to, you’re teaching him something. You’re teaching him he should ignore his own feelings of discomfort. Why? Because Grandma’s feelings are more important than his.

Children are used to being told what to do. It’s one of the worst things about being a kid; they’re ordered around at home, at school, on the bus, on the playing field. Hey, I have kids, and I spend a lot of time telling them where to go (To your room! In the car!) and what to do (Hang up your coat! Brush your teeth!). It’s frustrating all around.

But when it comes to telling them how and when to touch someone, I let my sons decide. Even if it hurts a relative’s feelings.

A blogger for the Syracuse New Times not long ago made fun of a British sex educator for suggesting a high-five as an alternative to kissing or hugging a grandparent. Yvonne Conte, a grandmother herself, wrote: “There is nothing that compares to a grandparent’s love. You want to take that away from (children) to teach them about acceptable touching?”

Yes, I do. And so do the people at the McMahon/Ryan Child Advocacy Center. You may remember the center; its director helped teach Syracuse University basketball head coach Jim Boeheim that calling Bernie Fine’s accusers liars might discourage others from reporting abuse.

Think about how long Penn State assistant football coach Jerry Sandusky got away with preying on the disadvantaged children from his nonprofit Second Mile — because they didn’t know that what he was doing was wrong, or didn’t think anyone would believe them, or didn’t think they had a right to tell him to stop.

In Malcolm Gladwell’s 2012 New Yorker article about Sandusky and the methods of child molesters, he wrote: “The child molester’s key strategy is one of escalation, desensitizing the target with an ever-expanding touch.” A pseudonymous child molester quoted in the article described how “the younger kids have not developed a ‘personal space’ yet, and when talking with me, will move in very close. … Goodbyes would progress from waves, to brief hugs, to kisses on the cheek, to kisses on the mouth in very short order.”

Now think about these words from the McMahon/Ryan center’s website, in a section on boundaries: “As hard as it might be, don’t pressure your kids into hugging or kissing family members (and this should include you) if it makes them feel uncomfortable. If a child says, ‘Stop tickling me,’ then stop, and let them know that you are stopping because they asked you to do so.”

So, really, it’s not about Grandma. Grandma can handle a little rejection. What it’s about is teaching a child that he does not have to touch Grandma — or anyone else – if he doesn’t want to.

Reid Sullivan is editor of Family Times, a sister publication of the Syracuse New Times.