Tickets are on sale for the eighth annual Downtown Living Tour, scheduled noon to 6 p.m. Saturday, May 17. 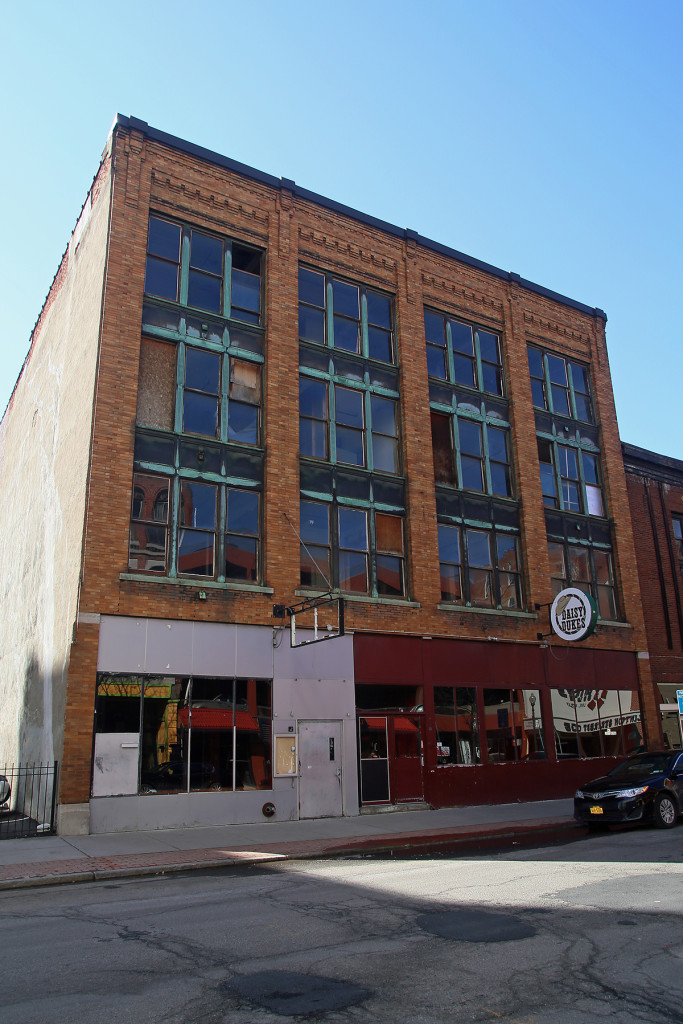 The former Onondaga Music Building, once home to Daisy Duke’s, is a stop on the Downtown Living Tour May 17.
Photo: Gloria Wright | Syracuse New Times

“It’s exciting that some stops are in areas the tour has never been to before,” said Lisa Romeo, director of the tour, which is organized by the Downtown Committee of Syracuse. “It shows how much residential development is spreading.”

Tour headquarters again this year will be the Pike Block. VIP Structures Inc. is turning four underused historic buildings — the Witherill, Chamberlin, Wilson and Bond buildings — into a 130,000-square-foot mixed-use facility. The four buildings include 67 apartments, ranging in size from 650 to 1,300 square feet. 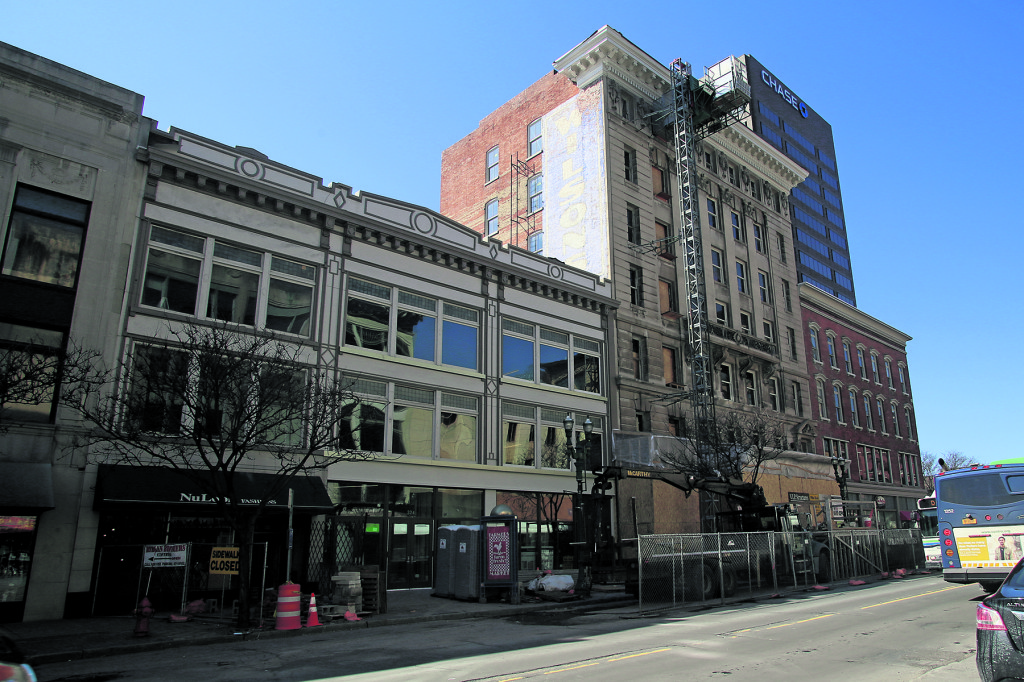 Also returning to the tour this year are Dey’s Plaza and Merchants Commons. 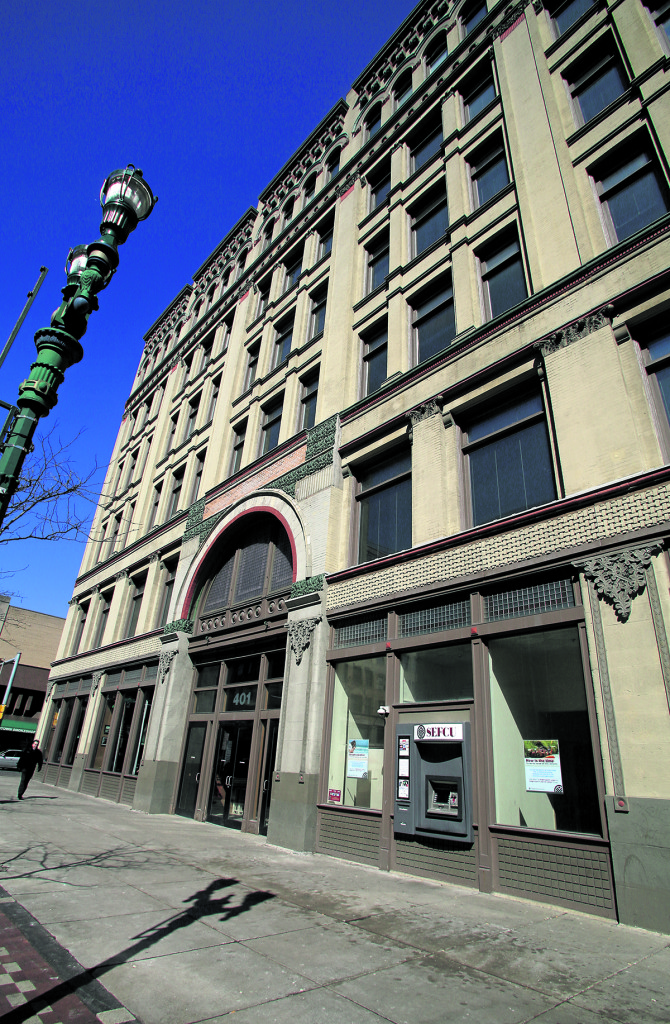 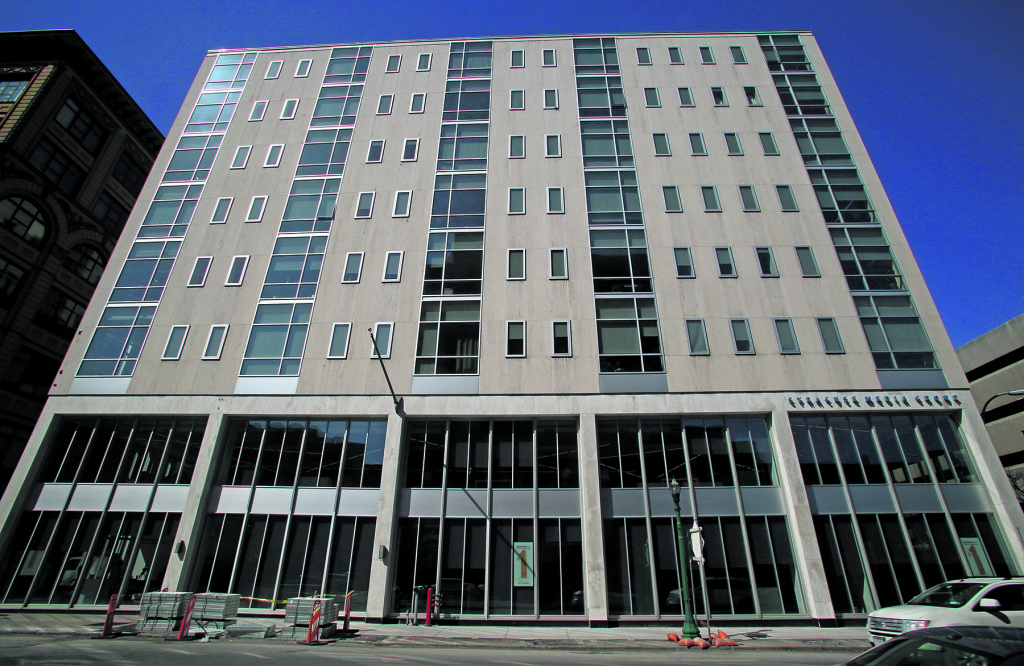 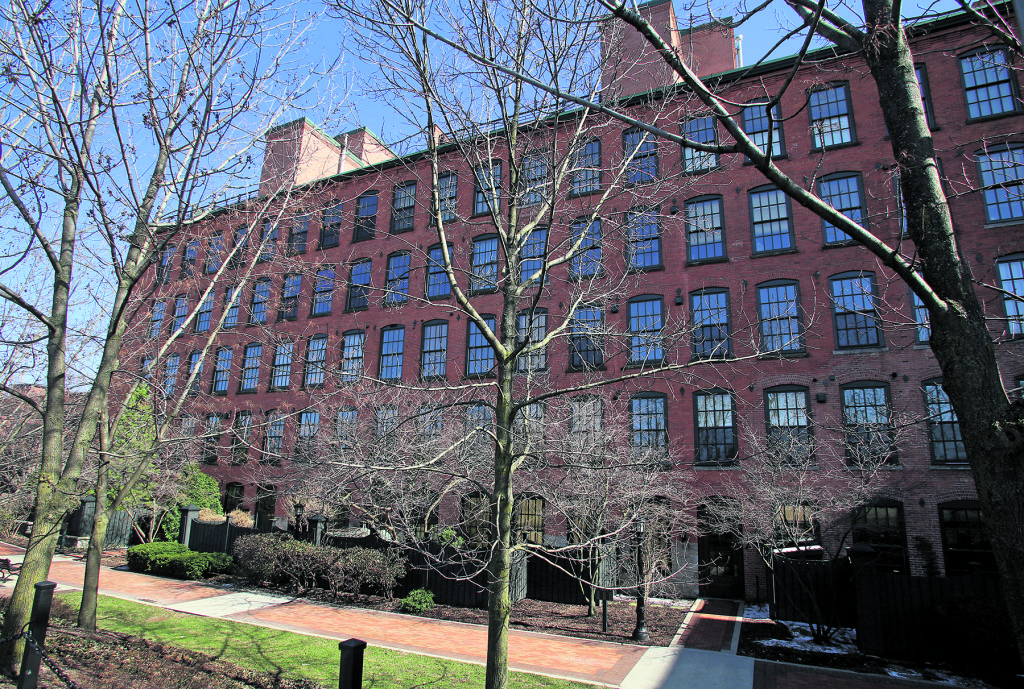 Mission Landing has also been a stop on past tours.

Last year, both Merchants Commons and the Pike Block were under construction, so tour-goers this year can see the finished projects, Romeo said.

Some of the new stops, including 443 S. Warren St., are under construction, Romeo said. 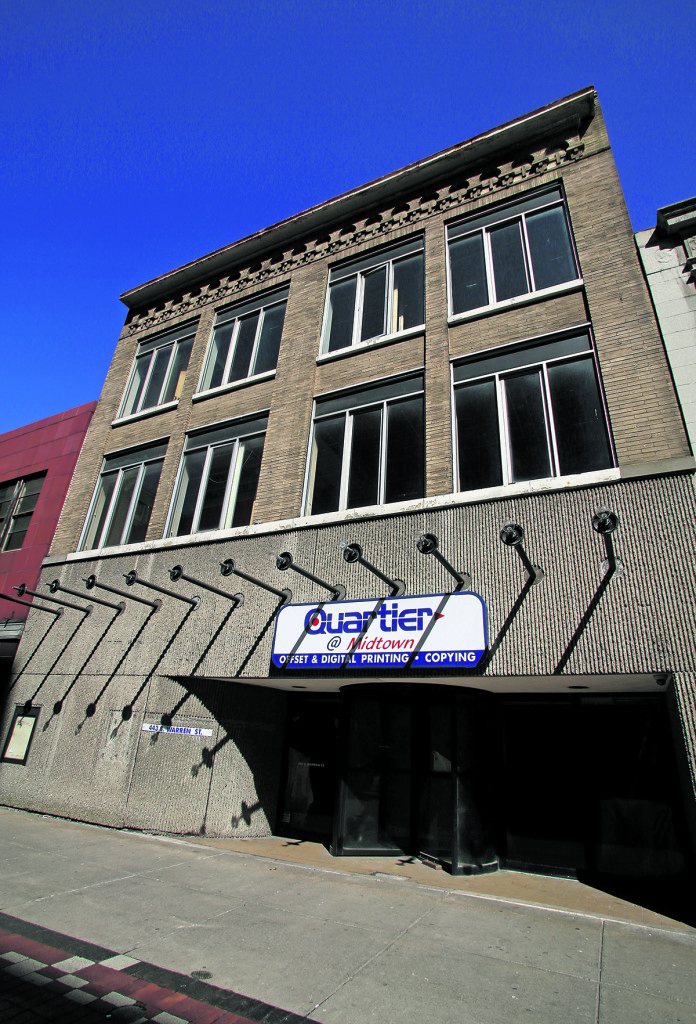 The former Quartier Printing building was built in 1920, and the space is being renovated into a multi-unit building, with two condominiums on the second and third floors.  The first floor will include a private fitness room, a recreational room with pool table, and an in-house theater.

Construction on 325 E. Water St., is just starting, she said, but the developers will be on hand with renderings showing what the completed project will look like.
Once completed, the building will have commercial space on the first floor and loft-style apartments upstairs. 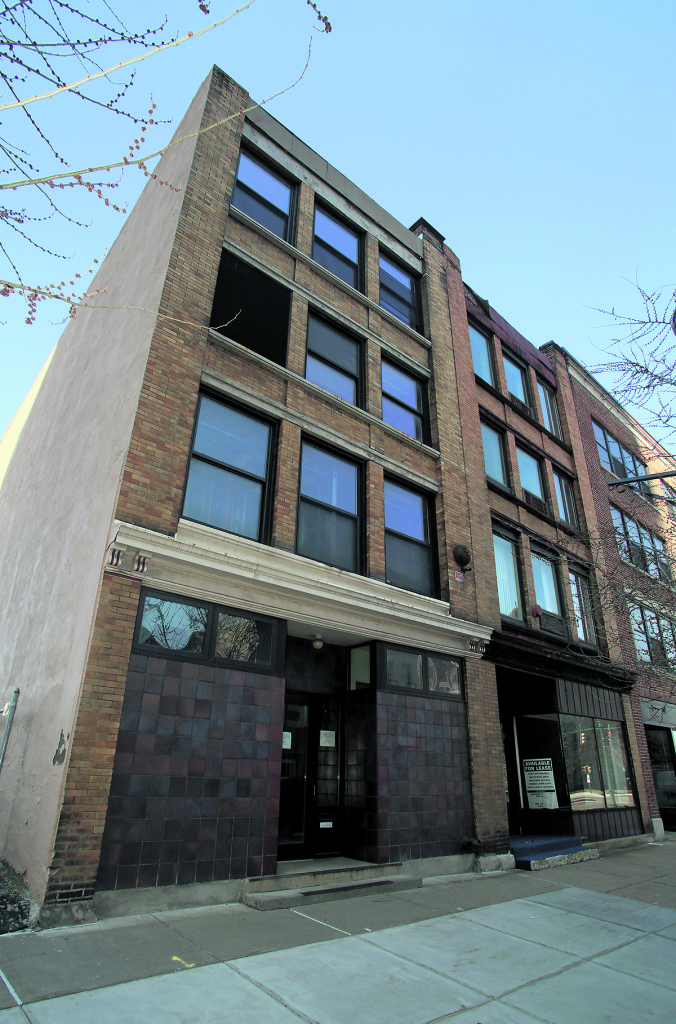 The Courier Building, built in 1844, is listed on the National Register of Historic Places. A balcony on the Montgomery Street side where Daniel Webster gave his famous “Syracuse Speech” on May 26, 1851, is intact.  Webster warned local abolitionists that aiding and abetting fugitive slaves would be considered treasonous. The ground floor will house an Ameriprise Financial office and a bistro with interior and street side seating. The upper three floors will house nine apartments ranging in size from 850 square feet to 1,350 square feet.

Another new project on this year’s tour is Creekwalk Commons, 324 W. Water St., which will house up to 146 students from area colleges in 75 apartments as well as 12,000 square feet of retail space. 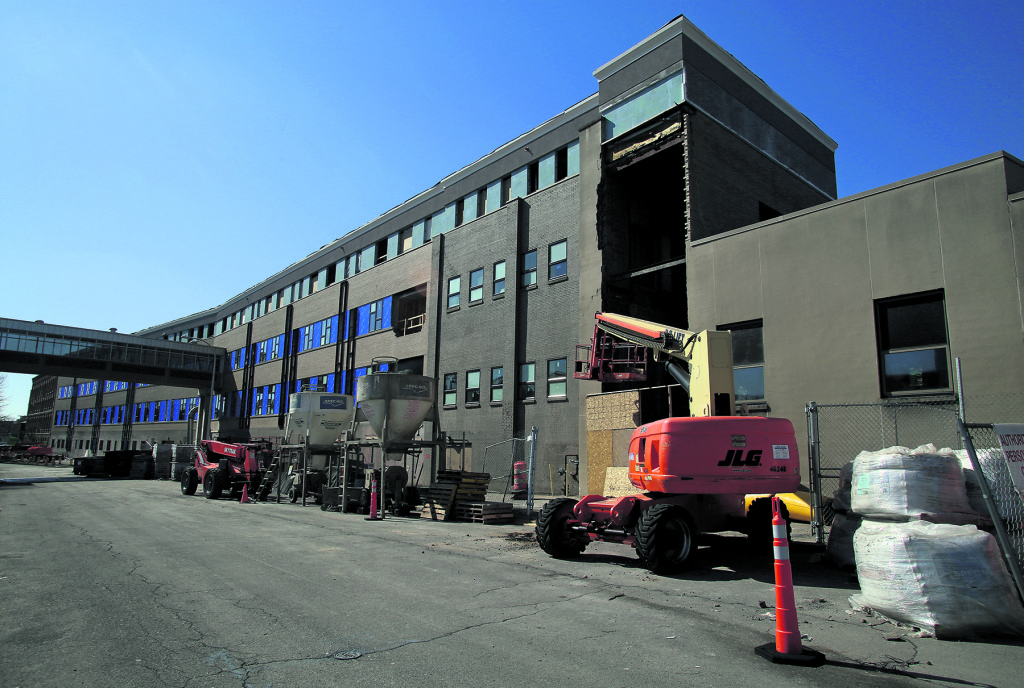 About 3,000 people live downtown, Romeo said, in about 1,000 market-rate units. The downtown occupancy rate is 99 percent.

Pre-sale tickets are $12 and will be available through May 15 on the Downtown Committee’s website, downtownsyracuse.com.

Tickets can also be purchased on the day of the tour for $15 at Pike Block.
Children ages 10 and under are free.

No tickets are mailed. All tickets must be picked up at Pike Block the day of the tour.