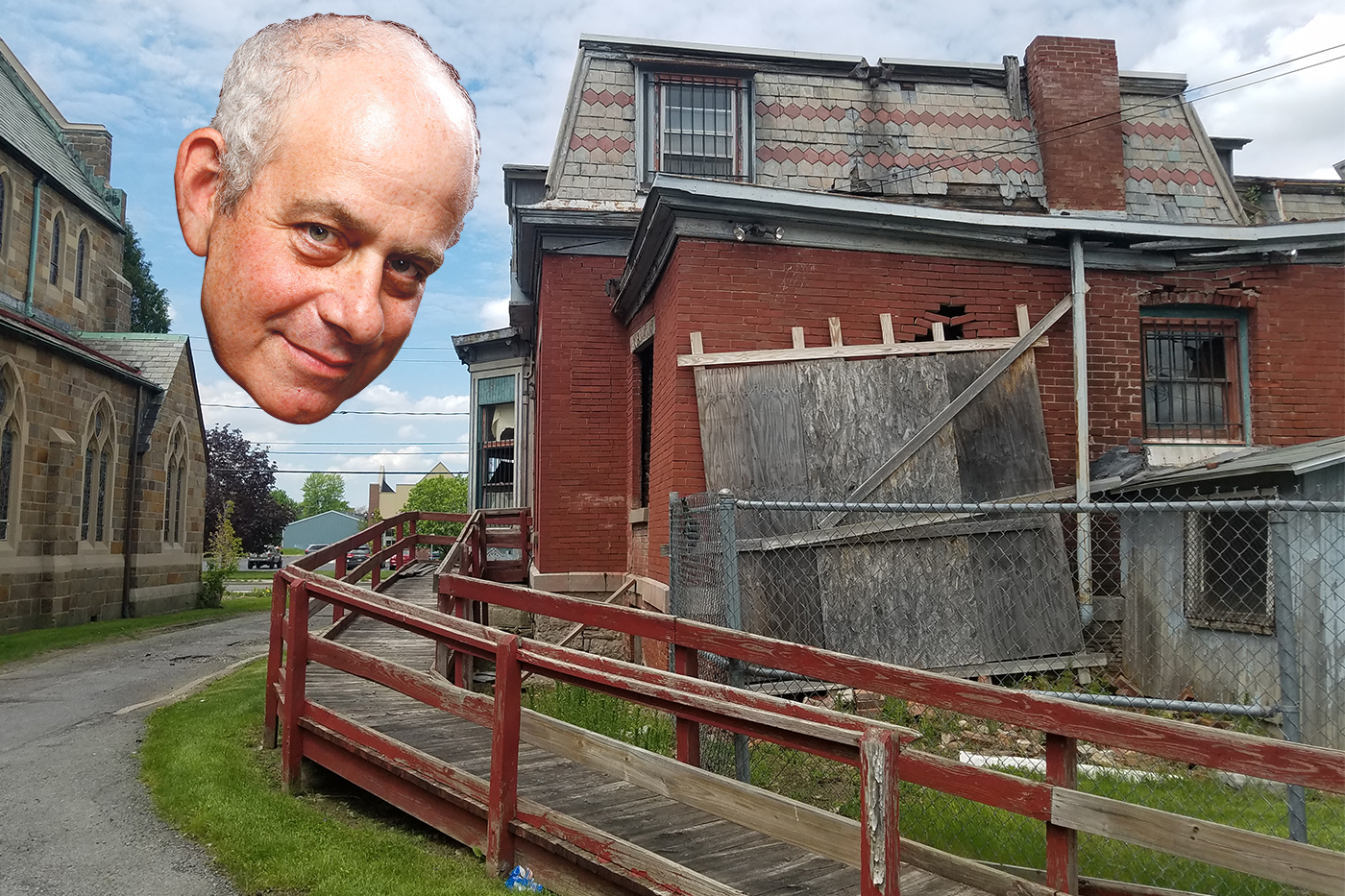 I have just been informed that President Trump  is displeased by a few things I have written about him. Perhaps you’ve seen his recent tweet on the subject:

“No-talent Kramer better hope I don’t have ‘tapes’ of him doing something disgusting with the dwarf goats at the Kathie Lee Gifford Zoo in Syracuse!!”

Nice try, Donald. All my visits to the zoo have been romance-free. Probably. Come to think of it, there’s no way to know for sure. Some of these new craft beers are really strong. Either way, if you seriously believe I can be intimidated by your Third World bully tactics, the answer is: Damn right I can.

That’s why, after taking the matter under advisement with the high-powered Syracuse law firm of Cellino & Barnes & Noble, I’m agreeing to the deal the Justice Department is offering. In exchange for writing a column informing readers about the many great things President Trump is doing to fix the economy of Central New York, any compromising video of me — in the event such video exists — will be kept secret, and I will not be deported.

Not that I have any reservations about highlighting all that President Trump is doing to improve the local economy. As he said during the campaign, everyone up here loves him. It’s easy to see why: 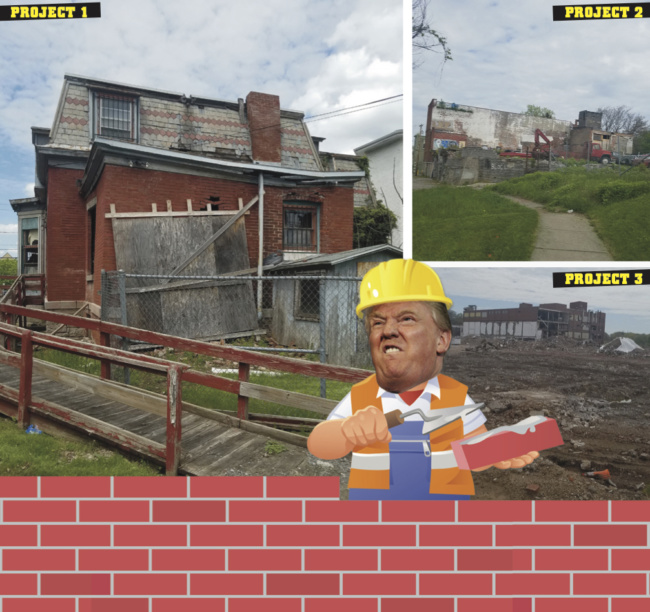 What only recently was the crumbling ruin of the former Syracuse Ice Cream Factory at 400 Erie Blvd. W. has been converted into the gleaming Donald Trump Folding Maps factory, which now employs 2,000 semiskilled workers. Average take-home pay is $75 per hour with full benefits.

“Under Obama, I was virtually homeless and I had no direction in my life,” partition alignment specialist James Comey told me. “I spent most of my time a few doors down at the Middle Ages Brewery tasting room getting blotto on Wailing Wench and then feeling mildly nauseous.”

“Now I make maps that fold up into perfect rectangles. You can fit a map of the entire United States — including Alaska and Hawaii — into your glove compartment. It’s amazing technology. I have my self-respect back.”

The company promises a finishing flourish to the award-winning landscape in the form of Spicer bushes to hide faulty wiring.

The former Zett’s Brewery building was a rodent-infested eyesore on Syracuse’s North Side for decades — until Donald Trump got elected. Last month it reopened as Trump-It-Up Inc., North America’s leading manufacturer of dial-up modems.

Plant manager Michael Flynn, who oversees a dedicated workforce of 1,100, praises Trump for being first to understand that slow-speed internet connections make life harder for hackers. “Plus, we found that people really missed the sound of a modem connecting to the internet via a landline. There’s something about hearing that beep-beep-boop-beep-beep-boop-booop. Yeeeeuuuuuu. We’re Making America Wait Again.”

The company would not confirm or deny rumors that it will launch a new line of coal-powered pay phones in September.

As a thank-you to Oswego County voters who backed him in large numbers, President Trump made repurposing the shuttered Nestle chocolate factory in Fulton a top priority. Even when informed that the plant was in the process of being demolished, Trump didn’t blink, and Trump Chocolate Tower rose from the rubble.

There’s even a production line for a new flavored milk powder inspired by the famous one that used to be made here. Said one worker assigned to the unit: “Even the President loves Impeachim Quik.”

One big difference between the new plant and the old one: “We proudly only use white chocolate,” plant spokesman Steve Bannon said.