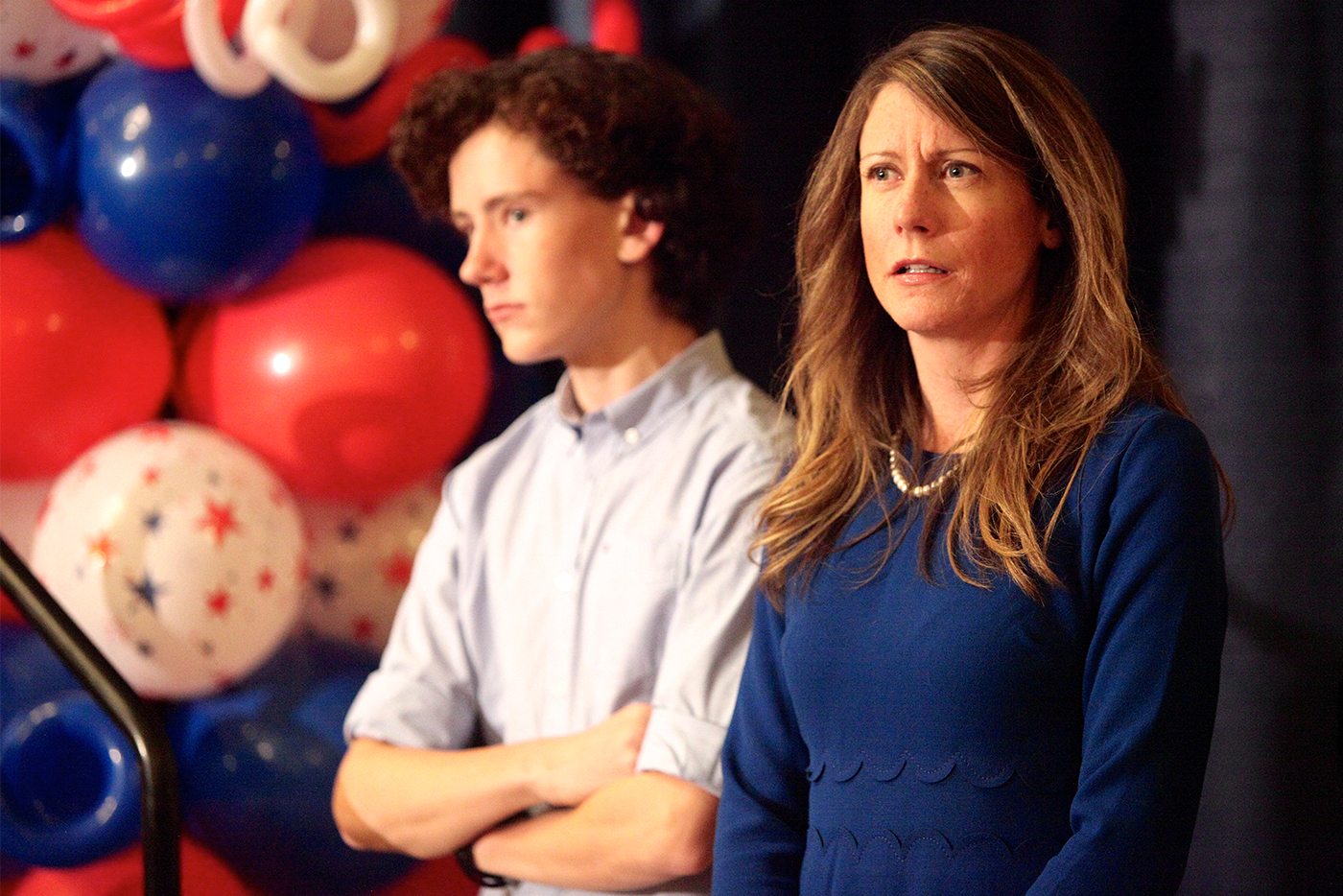 Democrats Witness History In The Unmaking

6 a.m., Election Day. The shiny paint walls and imposing electronic scoreboard in the St. Lucy’s gym exemplify the effort of the Near West Side to rejuvenate itself. A dozen poll watchers sit silently as their coordinator hurries in to dispense bright yellow file folders and call out, “40 seconds,” and then, “Polls are open.”

A half-dozen early arrivals identify themselves to the watchers, are given paper ballots and directed to sit in collapsible booths guaranteeing the privacy of the voting process.

Asked what determines voter turnout, one of the watchers, reflecting on the dark urban chill, says, “It will get warmer.” Then, upon further reflection, “It’s gonna rain tonight.”

Voters are instructed that the real deal of this experience is to completely fill the circle next to each desired candidate’s name with ink from the provided pen. This year incumbents often have four party designations on the ballot while challengers have two. 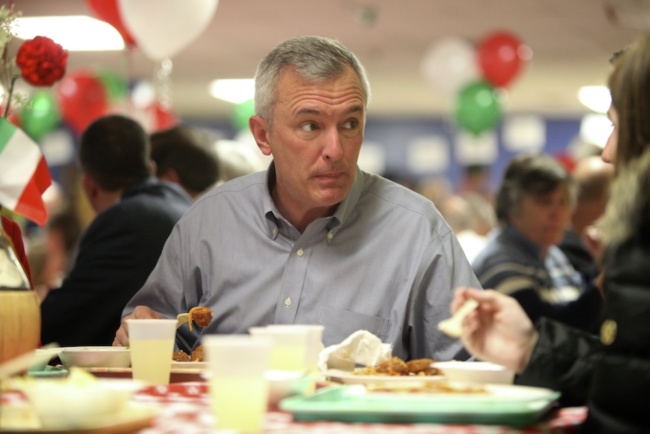 Noon, Election Day. The 67th annual Election Day lunch at the Our Lady of Pompei parish hall has drawn between 2,000 and 2,400 people, according to event coordinator Lucy Paris, who has supervised every element, especially making meatballs, for 26 years. Despite the almost mandatory attendance of every politician in the county, talk of politics seems to be verboten. “Today we all love each other,” she observes. “We pride ourselves as one family, una familia.”

2 p.m., Election Day. YMCA members working out downtown have clustered in the lounge to watch projections of the final counts. For most of those gathered, those counts are already assured. For Stanley Dean, former Republican city party chair, an African-American, there is no way Hillary Clinton can lose the presidential race. “This is politics as we have never known it,” he characterizes the campaign.” This was not an election, it was a marketing survey on attitude.”

Two days later, he will stand stoically by the pool table, answering questions before they are asked. “America spoke,” he will say. “I didn’t know there was that much hate out there. But Hillary wasn’t the candidate, even doing the woman thing. But (New York state Gov. Andrew) Cuomo is foaming at the mouth. Four years from now he’s gonna do it.”

Beyond measuring hate, the pollsters did not take note of the number of people who have been living with resentment from having a black president, nor did they make a real effort to answer the question: How could women vote for someone who talked about them so badly? They took no notice that a majority of American homes, especially of the white working class, were guided with male supremacy, with women voting the same as their husbands to keep the peace.

8 p.m., Election Day. The Hotel Syracuse, as it has been known historically in local political circles (it was renamed the Marriott Syracuse Downtown last summer), is hosting the Democrats’ anticipated victory party. Those who renovated the 10th-floor Grand Ballroom facility put the grand back in the ballroom, bringing memories of the big shrimp spreads at receptions for former Mayor Lee Alexander and former state Sen. Nancy Larraine Hoffmann. The disc jockey is soon drowning out the big-screen reports of the latest voting projections. 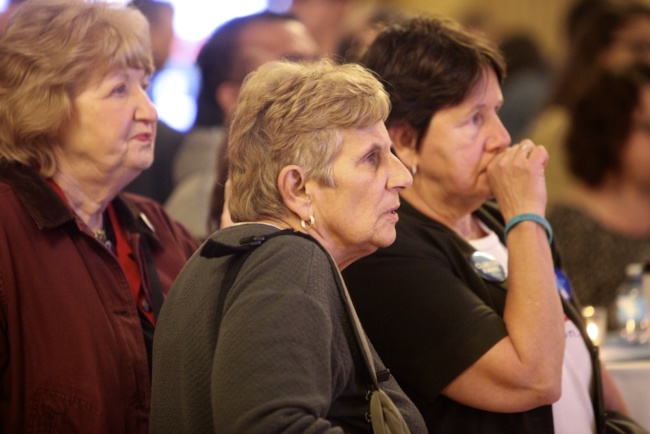 As the room fills, it is clear: They have come for affirmation, they have come to celebrate, they have come to party, and while this will not evolve into a night to boogie, prominent Democrats Christine Fixx and Bruce Conner show some steps to Al Green’s “Tired of Being Alone.” Democratic School Board member Minister Mark Muhammad circles the room shaking hands. “This is history in the making,” he declares.

Democratic county party chair Mark English has a less celebratory perspective. “Things really aren’t that bad,” he notes. “Chicago’s in trouble, but nationally crime is down, unemployment is down and job creation is up. We’ll have to learn from this to establish a dialogue. We’re all in the same country, after all.”

As big-screen vote counts show there is indeed a way for Hillary Clinton to lose the presidential race, the party spirit withers and most of the Democrats begin to filter out. But many stay in their folding chairs, talking, paying little attention to the candidates, including victors Joe Nicoletti and Dave Valesky, who approach the stage microphone for speeches.

Unsuccessful congressional candidate Colleen Deacon tells those still assembled, “I was told on this campaign trail that I didn’t look like a typical congressman. Well, I hope not. We must continue fighting every day to change the face of Washington, for paid family leave, an increased minimum wage and a real investment in infrastructure that will put people to work.”

The next morning, television viewers learn that using the media for stretching the truth may not have ended with the closing of the campaign. ESPN’s Mike & Mike in the Morning reports nationally No. 1-ranked college football coach Nick Saban saying, “To be honest with you, I didn’t even know it was Election Day.”