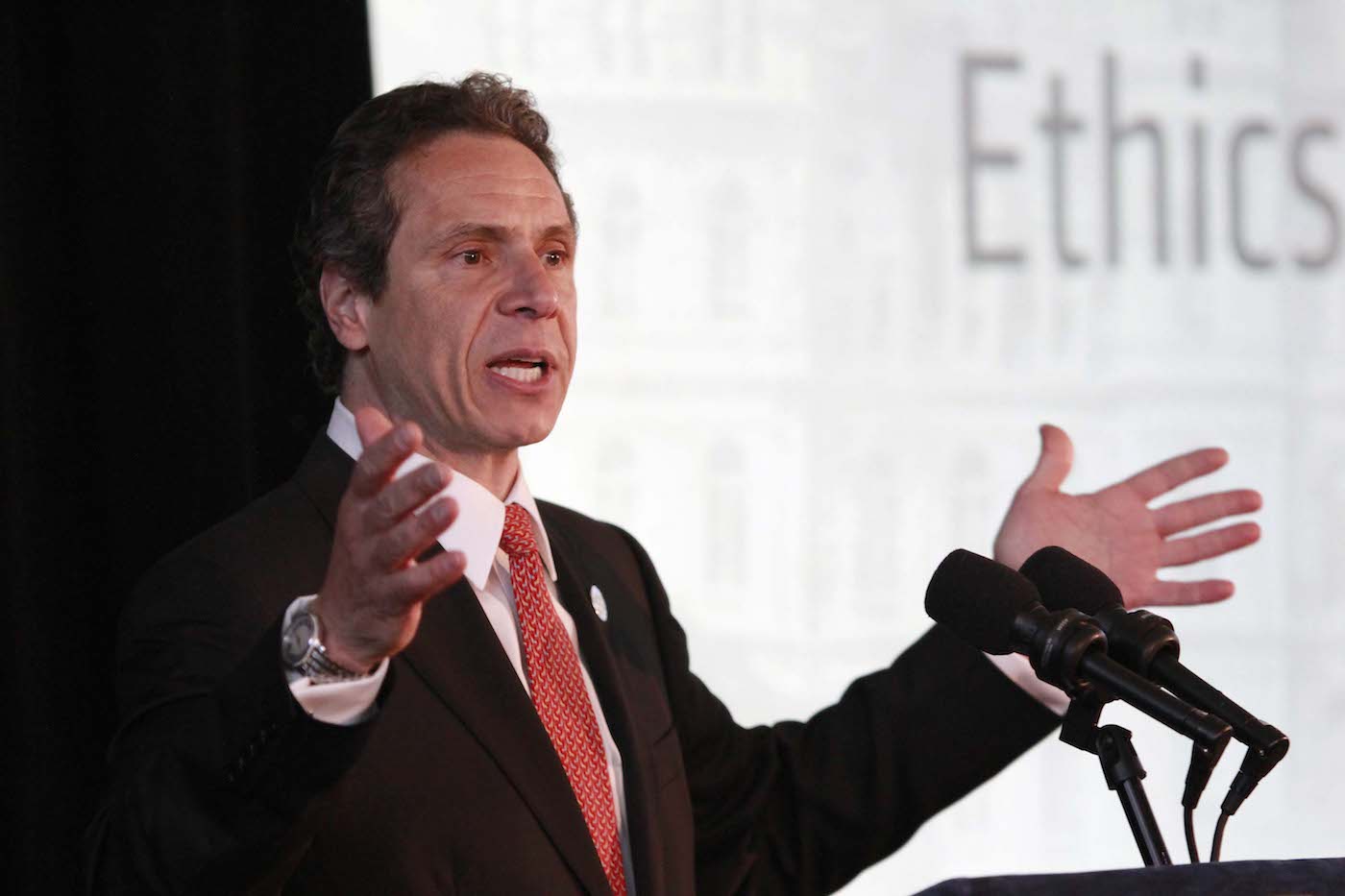 Gov. Andrew Cuomo’s critics like to call him “King Cuomo” for his perceived tendency to overreach in state policy. Take that as you will. But when it comes to the throne of concrete ethics reform, this king has abdicated.

Just five months ago, Cuomo was keen to push ethics reform. In laying out an ethics package in January, he said, “We have been doing historic work at the state level — the government is doing more than ever before — but imagine what we could do if we had the complete confidence of the people. If we had that confidence, there is nothing we couldn’t do, and I am not going to stop until I get there.”

So why is he stopping? We see this charade every single year. The governor makes a lot of noise about the need for ethics reform, then when budget time comes around, he shrugs his shoulders afterward with the “I’ve done all I can do” look and shakes his finger at the state Legislature.

Never mind that 40 state officials have been accused or convicted of corruption since 2000. Never mind that the two leaders of the Legislature, Assembly Speaker Sheldon Silver and Senate Majority Leader Dean Skelos, were both sentenced last year on corruption charges. Never mind that nine of Cuomo’s own aides are preparing for trial on charges of bribery and bid-rigging in connection with the governor’s economic development projects. And never mind that a November poll found 97 percent of New Yorkers considered combating public corruption a top priority.

Sorry, everyone, Cuomo has apparently moved on. That’s disappointing for a governor who claimed he’d be the champion to clean up Albany in his first campaign in 2010.

But it’s not surprising, either, because he keeps going about it the wrong way. Cuomo can’t seem to understand that in order for a cleaner government in this state to exist, he must lead the charge. To do so, he needs to know when it’s best to be involved and when it’s best to step back. Incredibly, he has been successful at neither.

Cuomo gives us the impression that his proposals can’t get through the Legislature. Yet we know he can actually flex his political muscles and get them to follow along if he wants something badly enough.

He was able to push through the controversial SAFE (Secure Ammunition and Firearms Enforcement) Act, using a late-night “message of necessity” with no hearings, no testimony and no time for opponents to make a case against it. Many people thought Cuomo’s plan for a $15 minimum wage could never get past Senate Republicans or that no one could agree on a paid family leave program.

This year he got his prized free tuition plan through, the go-ahead for Uber upstate and approval to raise the age of those who can be tried in adult court from 16 to 18, just as he asked. And despite an outcry from the Legislature about Cuomo’s budget giving the executive too much power, they still approved a lot of it, including giving Cuomo more authority on the state budgeting process itself.

Yes, it’s the Legislature that must pass ethics reform in the end, but that hardly means Cuomo is a benchwarmer until then. And it’s not that Cuomo shouldn’t be given credit for trying. His proposals provide sound remedies, like putting restrictions on outside income for lawmakers, initiating term limits and closing the LLC (limited liability company) loophole.

But each year he makes clear where his priorities lie. After saying ethics will be his main concern, it instead becomes Uber or the Raise the Age initiative and ethics gets kicked down the road once again.

If Cuomo really wanted reform, he would actually make it a priority. If he really wanted it as badly as he says, he’d make use of his leverage over the Legislature to make it happen. This never seems to be the case.

Where the governor is involved in cleaning up Albany is just as troubling and ineffective. He created the “independent” Joint Commission on Public Ethics in 2011 to oversee government. Yet all of its members are decided by leaders in the Legislature and the governor himself. The current executive director, Seth H. Agata, is the third person to hold that position, and the third person in that position who was previously a top aide to — guess who — Gov. Cuomo.

Then there’s the infamous Moreland Commission, another “independent” group created by Cuomo in 2013 that would investigate possible corruption in Albany. That commission existed for only a few months because Cuomo had it shut down when his office discovered the commission was investigating him.

“It’s my commission. My subpoena power, my Moreland Commission,” he told Crain’s New York Business. “I can appoint it, I can disband it. I appoint you, I can un-appoint you tomorrow. So, interference? It’s my commission. I can’t ‘interfere’ with it, because it is mine. It is controlled by me.”

Now Cuomo opposes legislation that would let the state comptroller examine state contracts before his administration can approve them. But Cuomo wants to use his proposal, which creates new inspectors general and special prosecutors. Guess who would appoint those prosecutors? Cuomo.

For whatever reason, Cuomo cannot comprehend the meaning of “independence” or that actual independent committees or individuals would fare better at fighting corruption.

If Cuomo re-strategized how he approached the ethics reform roadblock, using a heavy hand but also knowing when to keep his hands off, he might actually get needed legislation passed and be the champion to clean up Albany he keeps promising he will be.

But he “doesn’t see that happening.” He’s essentially given up, which means that he is satisfied with the watered-down proposals that have already been passed that will do little, while it’s only a matter of time before another state official’s arrest makes headlines.

Well, we’re not satisfied. So neither should he be.