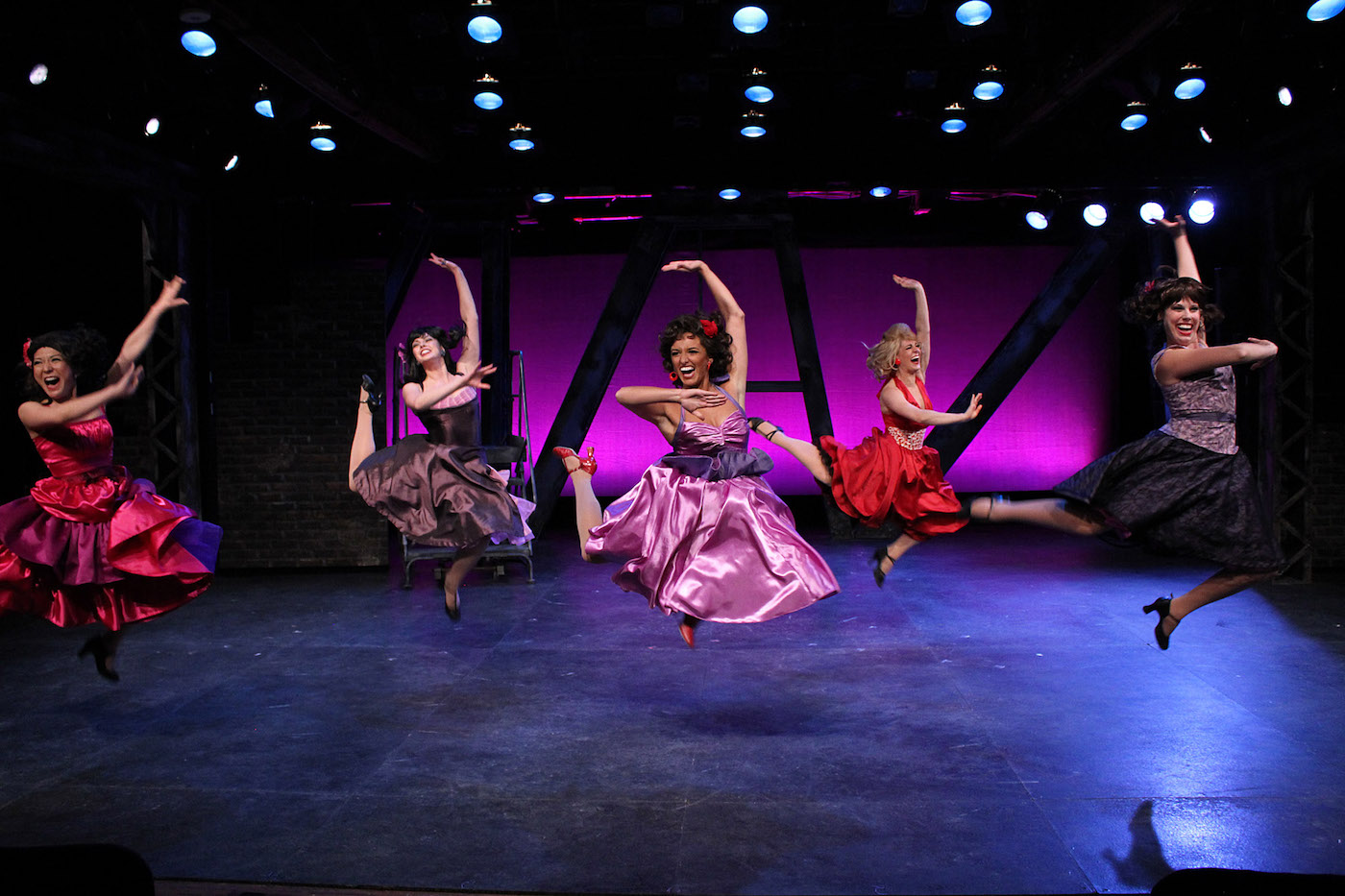 Fan favorite “West Side Story” gives theater-goers what they want.

Last year Cortland Repertory Theatre polled audiences to find out what shows they would like the company to produce. One of the two winners was West Side Story (running through July 9), hardly a surprise as it is often ranked America’s most-loved musical. The co-winner, A Chorus Line, will be coming along in mid-July.

In its 41-year history, we can be sure that people running Cortland Repertory, including current artistic director Kerby Thompson, had thoughts of staging West Side Story but voted against it. This version delivers everything the crowd wants.

First, Thompson needed the right team in charge. Nathaniel Shaw is hardly a stranger with the company but is not a regular, either. Shaw, the associate choreographer for Once on Broadway, directed Miracle on South Division Street at Cortland Repertory last August.

Yet Shaw’s appointment underscores that although we think of it as Leonard Bernstein’s West Side Story, the notion originated with choreographer Jerome Robbins, and it is a dance show before anything else. Further supporting this emphasis is choreographer Barbara Hale Hartwig, brought up from the South, who staged the memorable Cats in 2012 at Cortland.

Then there’s the issue of space. Cortland Repertory’s facility is, in fact, a Teddy Roosevelt-era pavilion next to Little York Lake in Preble. This intimate space is usually an advantage, as jokes told less than six feet in front of the audience have proven to be funnier than in a larger hall, but there is sometimes an absence of elbow room.

This production delivers nine musicians led by W. Brent Sawyer for Bernstein’s matchless score. Selections from West Side Story, with complex and ravishing harmonies, are commonly performed by symphony orchestras. The power and lyricism of this musical is the first assurance that Shaw, Hartwig and Thompson are pinning the reputation of their company on the excellence of this production.

West Side Story is just short of being an opera, with widely known vocal demands. And it’s supposed to be about callow street kids. When the show is taken by opera companies, the roles of Tony and Maria are commonly given to singers twice the characters’ ages, and everybody is just as happy.

Cortland Repertory’s production hews closer to Arthur Laurents’ book and to Shakespeare. Justin Luciano as Tony looks barely old enough to buy a drink, and he’s a lover, not a fighter. He’s not an alpha dog like Jacob Major’s Riff, leader of the Jets. Luciano’s two big solos, “Something’s Coming” and “Maria,” are drenched with expressive emotionalism. And his half of the love duet, “One Hand, One Heart,” makes you understand why this is still so often sung at weddings.

Musically, Brittany Santos takes on a somewhat more demanding role as Maria. She’s at the top of her form as the clearest and most articulate voice in the quintet “Tonight,” dominating the four other themes brought in by the rest of the company. Then she must abruptly switch tones for the sparkling, operetta-like “I Feel Pretty.” Tall and thin, Santos also delivers a sense of Maria’s vulnerable fragility, especially when seen next to the bombast of Melissa Rapelje’s Anita. Verbal repartee, however, is not actress Santos’ forte.

As Anita, Melissa Rapelje benefits from one of the greatest soubrette/scene-stealing roles ever written. Tall and sexy, Rapelje’s formidable presence dominates the scene as soon as Anita enters, even when standing next to her lover, Bernardo (Pasqualino Beltempo), who looks more like a Florentine prince than a street tough. Her “America” number, a fandango of outrageous and insulting political incorrectness, gets your blood thumping and, indeed, brings down the house. Then, in a reversal of sexual energies, her near-rape scene at Doc’s sweet shop is truly scary.

Shelley Barish’s mobile scenic design allows for Doc’s shop to pop up in an instant, just as other key scenes have to move in. Maria’s balcony is on casters, while the wire schoolyard fence where the first act’s rumble takes place is a panel. Not one of these shortcuts diminishes the impact of Bernstein’s music, Laurents’ book or Stephen Sondheim’s lyrics.

West Side Story calls for 44 dancing feet, between the Jets, the Sharks and their girlfriends. Discounting high school productions, this is among the youngest male and female chorus ever seen on local floorboards, and one of the most athletic, with men who can do high-kicks to the altitudes of the women. The supposedly asexual Anybody’s (played by Lizzie Markson) takes a bigger role in the dances than in other productions.

Many performers appear to be stars of college programs, such as Ezekiel Edmonds (Snowboy), featured in several Syracuse University Drama Department shows. Edmonds also doubles as the Dream Tony in “Somewhere.” Giovanni Da Silva as the thug Chino has also been featured in SU Drama productions. And on the Shark side as Pepe, we have Anthony Wright, a top performer in community theater and Redhouse Arts Center productions, notably Hairspray.

The adult roles tend to be unrewarding here, but Greg Bostwick gives us a more forthright, less vacillating Doc than seen elsewhere. Rob Lecarbeau’s authoritarian Lieutenant Shrenk looks as though he really would bust kids for minor infractions.

David A. Sexton’s design does more to imply the danger of the schoolyard than does the rolling steel, and costumer Jimmy Johansmeyer brings back Eisenhower-era couture with more chic than we might expect in the slums. The Cortland Repertory audience was right to demand this superior production.

Review: ESPN’s ‘O.J.: Made in America’
Idle Chatter
To Top