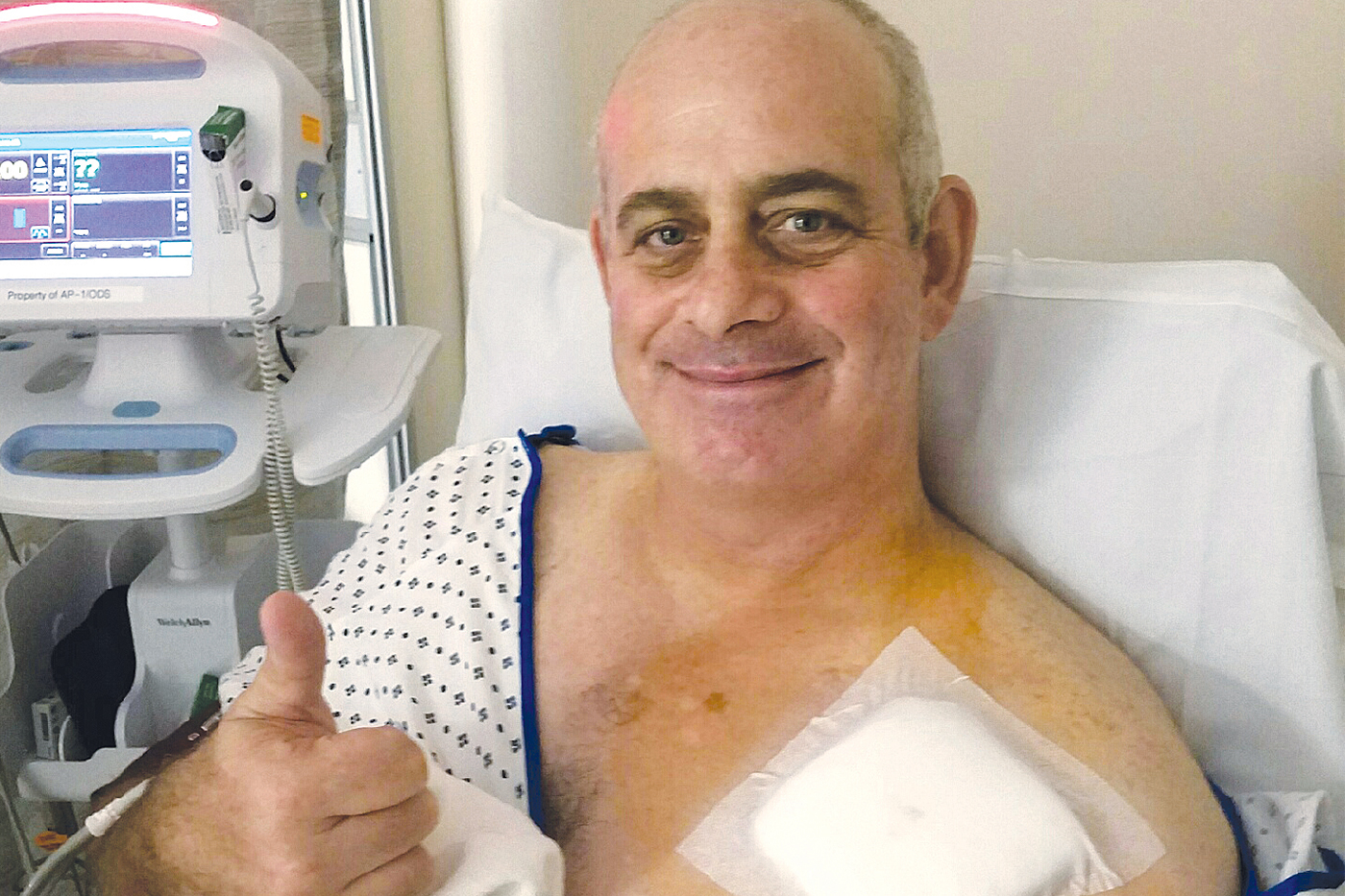 Columnist’s achy breaky heart on the mend after successful surgery.

Let’s get right to the heart of the matter: I’m fine. I know some of you were concerned about my recent pacemaker implantation, and a few of you even prayed for me, but everything seems to be working just great, so no worries.

I have been touched by the outpouring. I wish to thank everyone who contacted me personally or, even better, on social media so everyone could see how important I am, from the bottom of my dual-chamber, MRI-compatible Surescan® Heart Device by Medtronic.

This experience already is making me a better person, albeit in a somewhat programmed, mechanical way. At various times, I can sense my rewired heart shifting into human emotion syncopation mode. A few nanoseconds ago my sinoatrial node experienced compassion response retrograde p-waves for former Miss Universe Alicia Machado. That impulse is now being replaced by a-v sequential pacing spikes of hope and joy. Gosh, it feels great to be … be … be … beeeeeeeeeeep … alive.

Btw, I am now a free Wi-Fi hotspot.

Rehab-wise, there isn’t much to do except watch sports on television. I just need to make sure I don’t reach above my shoulder or lift anything more than 10 pounds with my left hand for the next six weeks. Sometimes I wear a sling on my left arm, per doctor’s orders. The concern is that I might tear out the pacemaker leads, necessitating another $20 co-payment and more pacemaker columns.

Because I am a left-handed person with impulse control issues, I am at a slightly higher risk for accidental lead extraction. I have been making sudden, jerky movements with my left hand for decades. It’s hard to go cold chicken. But while using my right hand poses a stiff challenge, I’m up for it.

As for the procedure, it was done at Upstate University Hospital by a team of friendly folks wearing silly blue shower caps. They made me wear one, too. The surgery took about two hours. I was awake the whole time, depending on your definition of awake.

I would have been comfortable getting a pacemaker at any of the fine hospitals we have in Syracuse, including Stack Veterinary Hospital, which has the advantage of not charging for parking. But I like the idea of supporting a teaching hospital. I felt proud and socially useful during the procedure when I heard one of the doctors explain to a young medical student, “No, Nathaniel, that’s not his heart, that’s a fingerling potato.”

Or maybe that didn’t happen. It’s hard to tell what is going on when you are under “twilight anesthesia.” However, I do have a distinct memory of my cardiologist, who for some reason didn’t want his name used here, rooting around inside my upper chest as if he were rummaging through his sofa for a missing clicker. In fact, the cardiologist was forming the pocket in the muscles where they place the pacemaker, which is about the size of a 50-cent piece.

At one point there was some kind of a technical disagreement among the team involving the size of wires or whatever. It never got nasty, but I had a dreamy, pleasant, floating-on-a-cloud sensation that things were not going well. Just stay out of it, Jeff, I calmly told myself. This has nothing to do with you.

Then one of the shower cap people smiled and told me everything was done and that I did great, and then I was back in my room eating a turkey sandwich. My wife, Leigh, arrived. When she saw me sitting up, texting, making inappropriate comments and acting like the same old Jeff Kramer, she seemed stunned, happy, relieved and slightly annoyed that the upgrade hadn’t been more, well, comprehensive.

Our reunion reminded me of when you run into someone you haven’t seen for a long time in the produce department at Wegmans, and you catch up on everything and it’s kind of fun. And then you run into them again 20 minutes later in the Asian Foods section, and it’s “Oh, hey, it’s you again” and suddenly you’re both fleeing to opposite ends of the store.

Amazingly, I was home before my teenage daughters got home from school. To them, it was almost as if nothing had happened. The Medtronic parental bonding algorithm launched right on cue. I allowed both girls to give me a hug after I instructed them to avoid the incision area and I confirmed that neither girl was operating a soldering gun or industrial magnet.

Once it became clear that the pacemaker lacked a touchscreen and was of no interest to the Snapchat or Instagram communities the girls moved on and everything got back to normal. To paraphrase the Roman philosopher Pliny the Elder, home is where the cathode attached to the myocardium is.

My pacemaker might require a few tweaks. In the evenings it sometimes feels like there’s a creepy clown in my chest operating a teeny-tiny jackhammer, but otherwise I feel stronger every day. I am lucky that this amazing technology exists. My social consciousness program is now advising you to get your heart checked if you have even the slightest concern.

Life is precious, and I want all of you to take good care of yourselves. OK, maybe not the Tangerine Nightmare. Even a pacemaker has its limits.