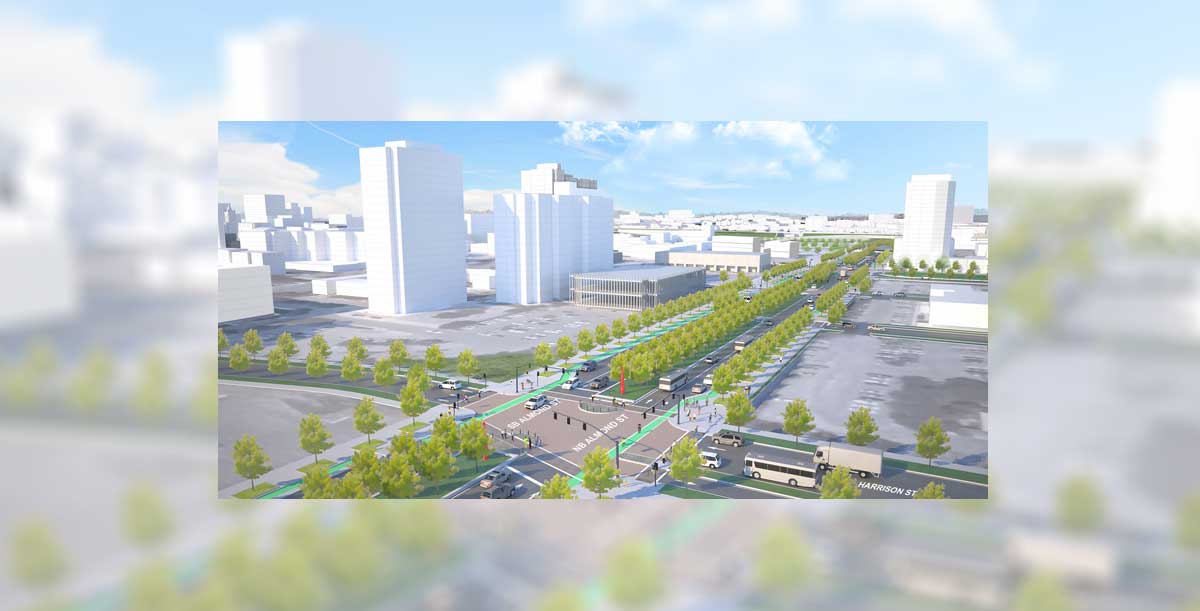 State Sen. John A. DeFrancisco pens a satiric speculation on what Central New Yorkers could expect if the I-81 viaduct is replaced with a community grid.

A satiric speculation on what Central New Yorkers could expect with a community grid
By State Sen. John A. DeFrancisco, 50th District

During a news conference held today, John Jones, manager of the Community Grid Apartments, constructed five years ago near the intersection of Adams and Almond streets, called on public officials to provide a solution to a critical problem. Jones alerted the public that “30 percent of our tenants have respiratory diseases and that the number is going up each month.”

Joe Smith, a tenant at the complex, acknowledged that he has contracted a respiratory disease. He stated, “I’m a resident physician at Upstate, and I walk daily to and from the hospital. I am convinced that the increase in emissions has been a substantial contributing cause to my disease. Before I knew I had respiratory problems, I only used to complain about how long it took me to cross the four lanes of Almond Street to get to the hospital. Although that was annoying, it is nowhere near as serious as my deteriorating health.”

St. Joseph’s Hospital pulmonologist Dr. E. Dolittle stated that respiratory illnesses in Central New York have increased by more than 20 percent over the last five years. “I believe this is partly due to the increase in emissions from cars idling in the city on the community grid,” he said. “I am part of the daily community gridlock trying to get to and from work, so I am part of the problem.”

The regional director of the Department of Transportation acknowledged that there was increased traffic, but that it was “not all that bad.” He stated that the DOT was working on moving traffic more quickly along Almond Street, which became a four-lane highway when the Interstate-81 viaducts were removed. “We never anticipated it would be this much of a problem when we designed the 14 traffic lights on Almond Street, and the Salina-Almond street intersection,” he said.

He conceded that an independent study released at the time of the DOT design predicted that the design would result in more than triple the wait time for drivers at that intersection. He also conceded that the DOT woefully underestimated the amount of north-south traffic on Almond Street, not believing the independent study that also predicted that the DOT design of this stretch of Almond Street would be insufficient to accommodate 800,000 vehicles per day.

In other news, Mayor James Ben Walsh, son of former Mayor Ben Walsh, grandson of former Congressman Jim Walsh, and great-grandson of Mayor William Walsh, announced that he was pressing the state Legislature for more CHIPS (Consolidated Local Street and Highway Improvement Program) funding to help the city pay for its pothole-infested roads. He stated, “Maintenance costs of these streets have gone up 275 percent since the viaducts were demolished.” Walsh went on to say that “the state has saved millions of dollars by not having to maintain the viaducts, which previously moved traffic over and around the city. The state must bear this burden, especially since we have a $35 million deficit in our city budget.”

In related news, four more people are in intensive care due to the delays in tending to their serious heart ailments. St. Joseph’s Hospital CEO Maxwell Smart, son of the former hospital board of directors president, emphatically defended the actions of the emergency room personnel and pointed to the inordinate delays in transporting the patients by ambulance to the hospital. Smart also admitted, “This isn’t the first such problems we’ve experienced. Ever since the viaduct went down, traffic has been horrendous.”

Smart was reminded that members of the board of directors argued in 2018 in favor of the community grid option, specifically stating that the board did not fear traffic delays if the viaducts went down, since ambulances rarely used the viaducts. Smart responded, “Maybe they should have anticipated the increased traffic on city streets with the destruction of the viaducts, but you can’t think of everything.”

In economic development news, Central New York recently lost four more manufacturers and two product-distributing firms. When the CEOs were asked why they were leaving the area, three of them would not comment, citing that they didn’t want to deal with the media. However, the three others said they simply couldn’t move product because of the disastrous transportation system in Central New York.

In other economic news, five hotels on Seventh North Street in Salina were sold to the nationwide Bates Hotel chain, which buys distressed hotels and attempts to rehabilitate them. When contacted, Jim Emmi, one of the selling CEOs, said, “My uncles warned state and local officials that this would happen, if customers traveling north and south on Route 81 had access to Seventh North Street interrupted, but the officials didn’t listen. Where was CenterState, which was supposed to be looking out for Central New York businesses, when my uncles made these pleas? How could CenterState have supported the community grid?”

Norman Bates IV, CEO of Bates Hotels, said with a sly smile, “We will do the best we can to get these hotels up and running again, but I’m not too concerned because I personally like managing hotels with few customers.”

In other news, the Finger Lakes region has reported a decline in tourism by 50 percent. When asked to explain the decline, the CEO of the Regional Tourism Office angrily said, “It’s that damn truck traffic that’s been diverted through the Finger Lakes that’s caused this disaster. Prior to the decision to construct the community grid, my predecessor warned the powers-that-be that truckers would take the quickest route, rather than fight the community gridlock in the city. They knew this would happen if the viaducts were taken down and there was no direct route from I-81 to the state Thruway. But they didn’t listen.”

When asked about all these problems, Gov. Susan Cuomo, granddaughter of former Gov. Mario Cuomo, daughter of former Gov. Andrew Cuomo and the granddaughter of former U.S. Attorney General Robert Kennedy, stated, “My father decided to construct the community grid in order to remove the viaducts that then created an artificial barrier in the city of Syracuse. He wanted to bring the community together so people could act and speak with one voice. He accomplished this: The residents of Central New York are all in total agreement as to the ‘wisdom’ of the 2019 decision on the replacement of Route 81.”

Obviously, this article is a satire. But do you want your children and grandchildren reading such news items in 2040? It’s not too late to make the right decision now on their behalf.

Column | Catholic church in crisis mode after sexual abuse claims
Blog | Why do extraterrestrial visitors come to our small planet?
To Top