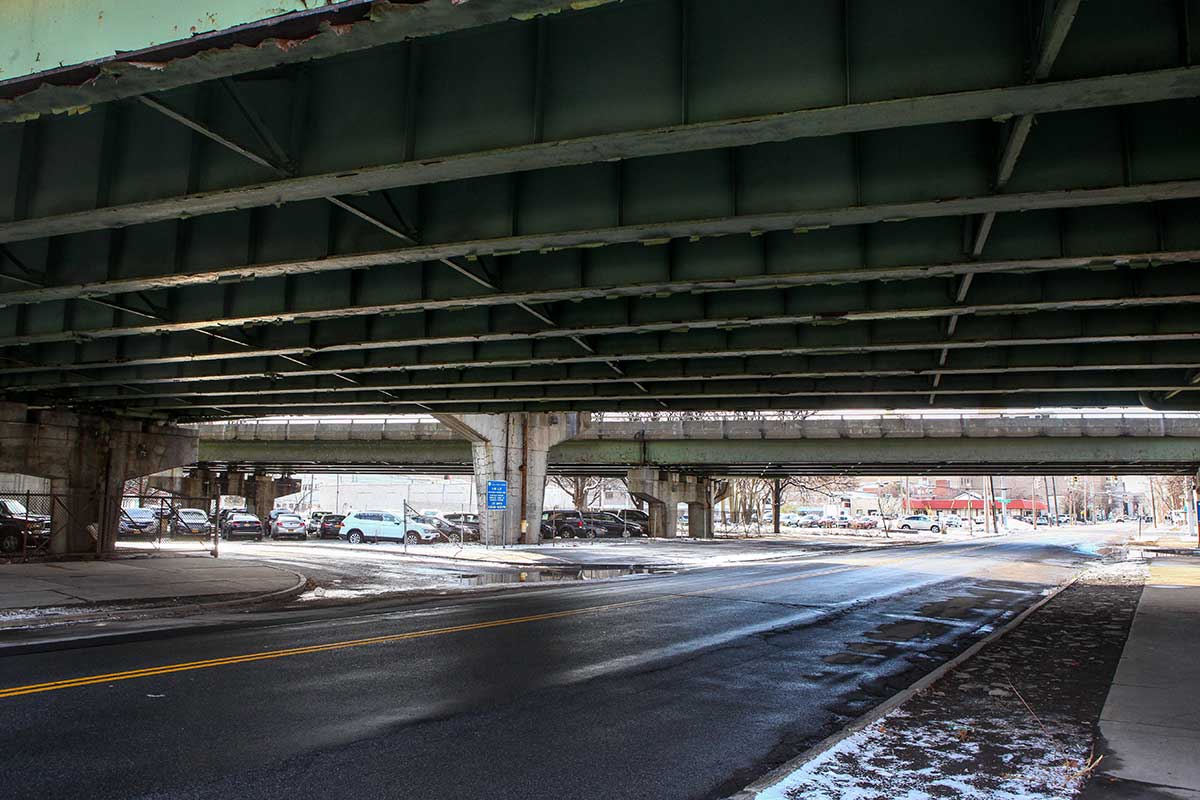 The New York state Department of Transportation has released its long-awaited draft environmental impact statement that named the community grid as its preferred option to replace a stretch of Interstate 81 through downtown Syracuse. It gives us hope that we’ve finally been able to turn the page on a story of debate and politics that Central New Yorkers first started hearing about back in 2007 and 2008.

The community grid would transform the 1.4-mile elevated viaduct of I-81 in downtown Syracuse into a network of city streets and divert traffic to Interstate 481, which would be widened to accommodate more traffic and renamed I-81. The project would cost an estimated $1.9 billion and take five years to construct.

It will undoubtedly be the largest and most consequential infrastructure project the city and Central New York region have seen since the highway was constructed more than a half-century ago.

It’s almost hard to believe we’ve finally reached this point. But it’s also hard to believe the debate will come to a complete halt just yet. And that’s what should worry us.

Over the last decade, fierce opposition to the community grid plan has come from advocates of two other options: building an underground I-81 tunnel or simply rebuilding the viaduct. Those alternatives have kept the debate hotly politicized and has routinely delayed a decision, let alone construction, of any of the three options.

Momentum has been gaining in favor of the community grid in the last year, yet the plan itself is in no way set in stone. There is still a lot of evaluation to go through, along with months of public input to iron out concerns from residents and businesses. A final environmental impact statement from the state is expected by the end of 2020.

Nevertheless, all signs point to the community grid as the chosen option for I-81’s future. It’s also time to end the divisions created by this debate, because if the resistance and delays continue, there will be substantial consequences down the road.

Let’s take a look at another momentous infrastructure project in this state that was stoked with political malice for years, took decades to overcome and even put public safety at risk.

Last fall, the Governor Mario M. Cuomo Bridge opened over the Hudson River between Westchester and Rockland counties to replace the crumbling Tappan Zee Bridge. Built in 1955, talks about extensive changes to the 3.1-mile Tappan Zee Bridge due to traffic congestion began as early as 1980.

But like the I-81 project, planning and proposals went on for years without any real decision from any government agency. Meanwhile, the bridge, which was designed only for a 50-year lifespan, wasn’t properly maintained and it became evident that its complete replacement would be necessary.

Former New York Gov. George Pataki said in 1999 that “we are looking at the possibility of completely replacing the Tappan Zee Bridge.” But rather than working hard to make a decision on plans for the aging bridge, developers and state leaders instead spent years studying alternatives, even as the Tappan Zee continued to deteriorate.

Related: Satire | News from the year 2040 on Syracuse’s community grid

By the time a final plan to rebuild the bridge was made in 2012, there had been more than 400 public forums held and more than $100 million spent on studies. Years of indecision and inaction had made the bridge’s condition critical, however, as continued repairs became extremely expensive. At one point, the state Thruway Authority said the cost of maintenance doubled every decade.

Then in 2013, 5-foot-wide holes started opening up along the bridge’s span. The state was forced to spend a whopping $300 million to replace the bridge’s deck — just four years before they tore the whole thing down.

I-81 is nothing like the Tappan Zee fiasco — not yet anyway. DOT officials maintain that the viaduct is safe and that frequent inspections of the roadway will continue.

But the lessons learned from the downstate bridge certainly apply. Like the Tappan Zee, the I-81 viaduct wasn’t designed to last this long or to carry the amount of heavy traffic it does every day. Should resistance to the community grid or a push for even more studies further delay the project, the highway will only get older and may soon require expensive maintenance to keep its operation adequate.

We would essentially be spending millions of dollars to keep applying Band-Aids to a piece of roadway that will most likely be dismantled soon after. That’s why it’s imperative that we put our efforts into making the best possible version of the community grid.

When I-81 came into Syracuse, it divided the city. In replacing it, we should try not to do that again.