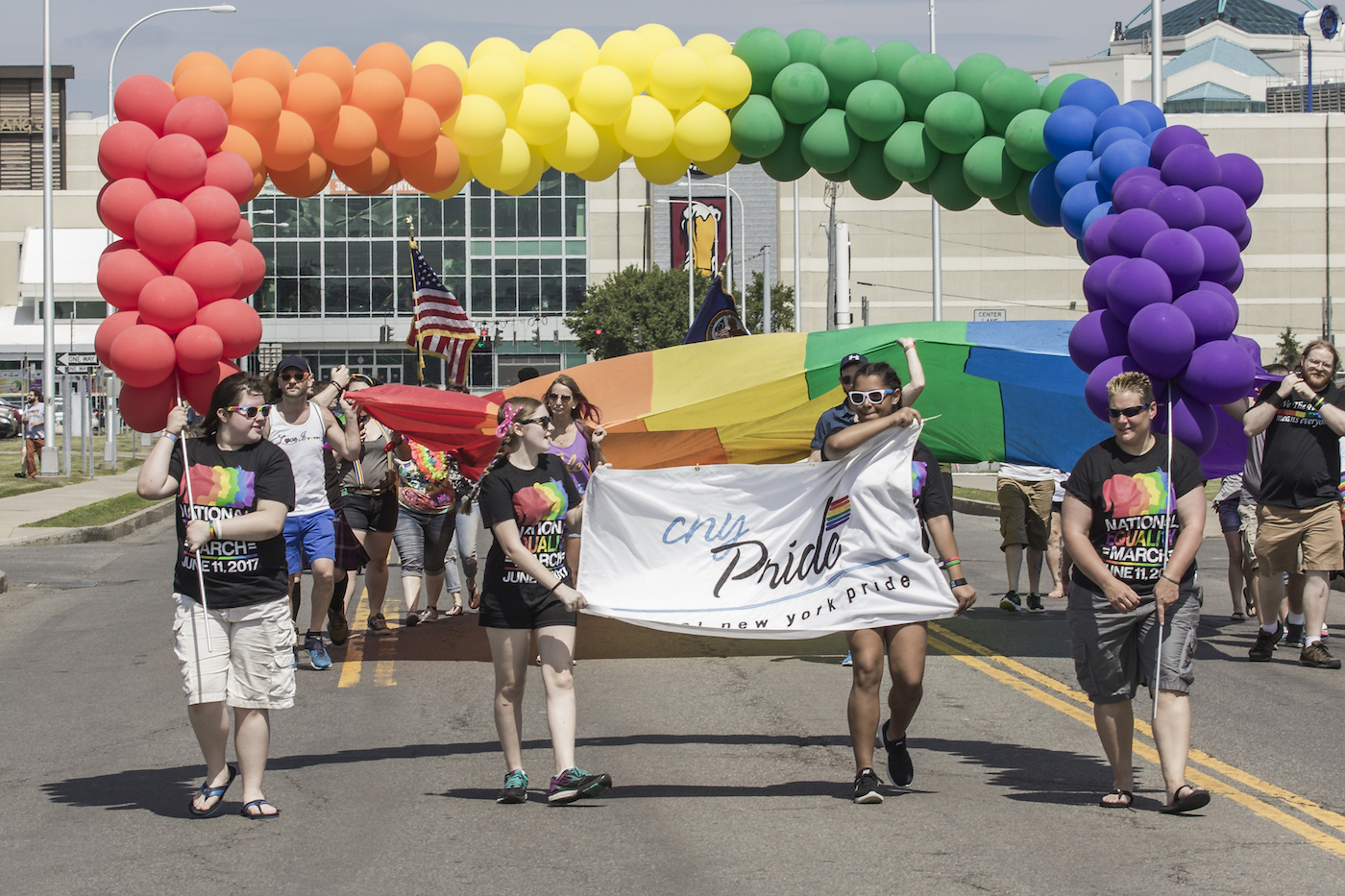 Jennifer Collazo and her mother, Schenley Hernandez, found some shade under a tree at Syracuse’s Inner Harbor. As hundreds celebrated at the Central New York Pride Festival Saturday, June 16, Collazo took a selfie with her family, which included her 1-year-old daughter, Jaylianis, and 5-year-old nephew, Caleb. It took a few tries to get both kids to look at the camera.

“I’m here to support my mom,” Collazo said as she held her daughter. “I worry about her. People seem to be a little more outspoken about their hate these days.”

Jennifer was 12 when her mother told her she was a lesbian. Hernandez said she is “a little scared of him (President Trump) taking away gay marriage.” Her grandson “has been asking, ‘When am I going to have another grandma?’”

Jaylianis wore a shirt with a rainbow heart and rainbow-striped shorts — a happy accident, Collazo said upon realizing the toddler was dressed in pride symbols. “I want them to know it’s OK to love whoever they want to love,” Collazo said. “I will accept them no matter what. It’s much more accepted than when my mom came out.” 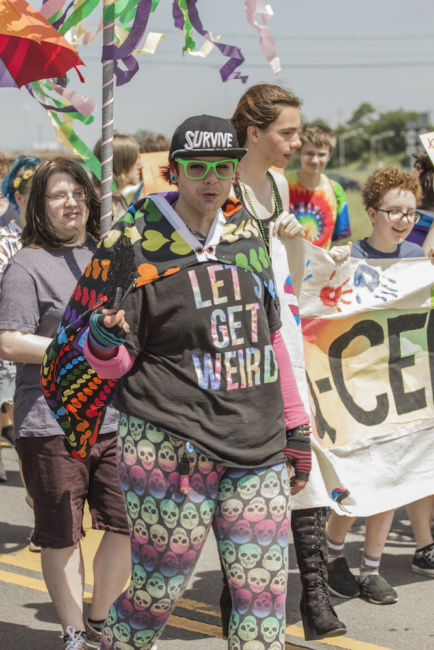 Her mother agreed, but said, “There are still a lot of haters.”

The parade preceding the festival was peaceful, organizers said. Troy Waffner, acting director for the New York State Fair, served as parade grand marshal, wearing a rainbow tie for the occasion. Under Waffner’s watch, since 2015 the first Friday of the fair has been officially designated Pride Day.

A handful of protesters greeted marchers; some yelled “sinners.” One held a sign reading “Homosexuality is a sin, Christ can set you free.” About 1:30 p.m., a few festival-goers engaged the protesters in conversation, looking more amused than angry.

Starting last year, the Syracuse police assigned additional officers to the event, which followed the June 12, 2016, massacre at the Pulse nightclub in Orlando, Fla. The attacker shot and killed 49 people, most of them Latino, at the gay nightclub. Moms Demand Action for Gun Sense in America carried signs with photos of the Pulse victims.

Jack Fitch and Ron Terry bought black T-shirts that read “Orlando Strong” specifically to wear to the Pride Festival. The couple, who live in Cazenovia, married in April. They had been together two years, but after the presidential election, decided to get married “sooner rather than later.”

“We’re three weeks into Pride Month and he (Trump) has yet to recognize it,” Fitch said. Still, the festival was upbeat. “It’s nice to be among people who are nonjudgmental and excited to be here.”

Joe Adamo, a CNY Pride board member, described this year’s festival as much more upbeat than the somber and fearful atmosphere following the Pulse massacre. While Adamo and others said the increased police presence at the festival was reassuring, he noted an increase in hate speech targeting gays, lesbians and transgender people. “The hate groups are gaining confidence,” he said. “We had made some real progress with previous administrations. We’re taking so many steps backward.”

The Pride board has discussed the potential of increased harassment or violence toward the local LGBT community. “We do have a plan in place should there be a harmful event specifically targeting the gay community,” Adamo said.

Kevin Mullaney stood near a tent as Letizia and the Z-Band performed “Dancing Queen.” He attended the festival to “to get a panoramic view of the gay community in Syracuse.”

When he lived in New York City, it was easier to meet gay men. “You could meet a guy on the train,” he said. “Here you have to be a little careful you don’t talk to the wrong person.”

At the festival, “It feels like I’m in my own skin,” he said. “I feel a lot of love.” He worries about hateful rhetoric about gays, adding, “We’re not going away.”