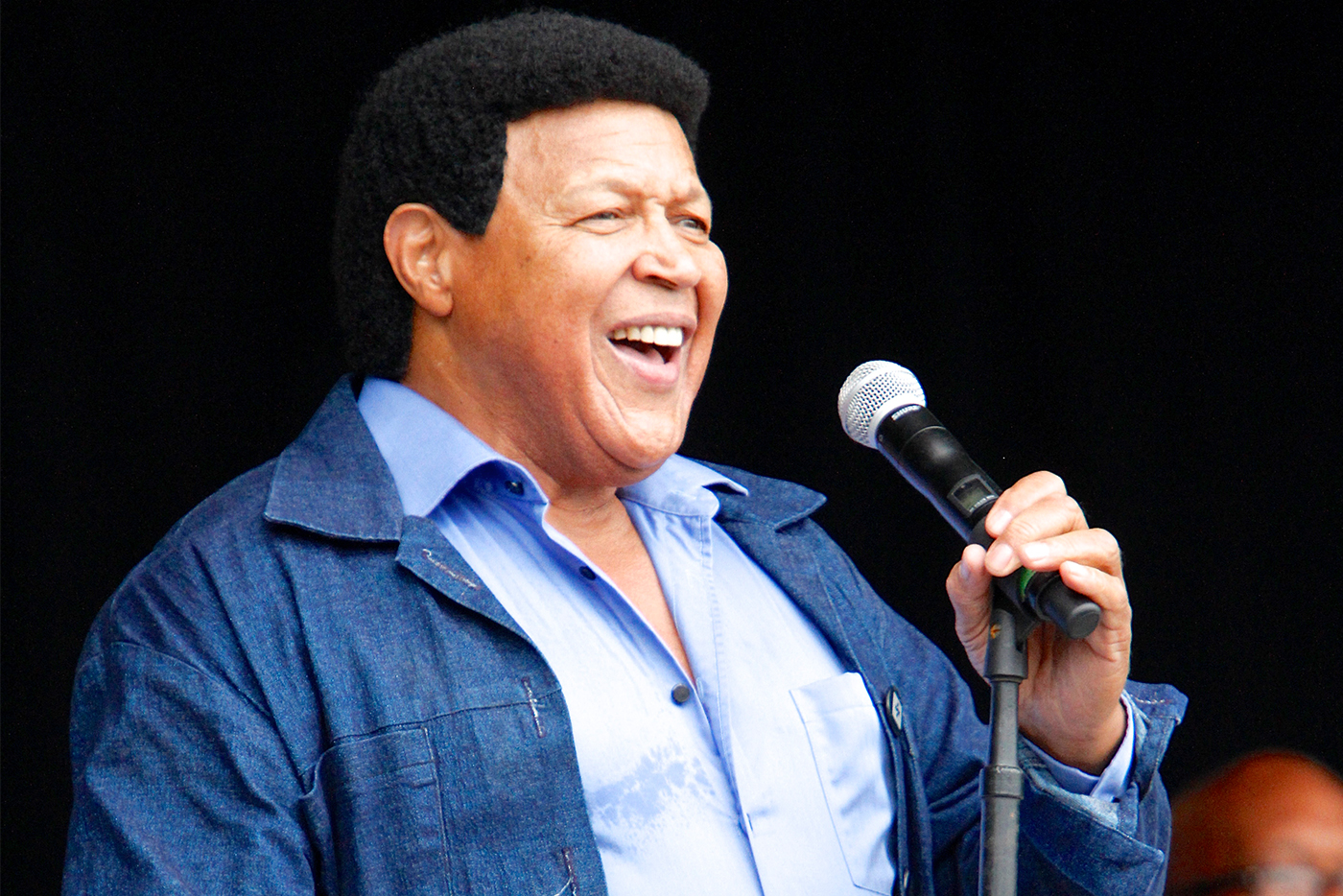 Chubby Checker twists his way through the Turning Stone Resort and Casino Showroom.

The secret to a long life just might have something to do with swiveling one’s hips to “The Twist,” the forever catchy rock number that created a gyrating dance craze that swept the nation in the early 1960s. Chubby Checker’s 1960 version not only catapulted him to stardom, he also became a dance king who started other happy-feet floor-fillers such as the Fly, the Pony and the Hucklebuck.

Checker, 74, brings his show to the Turning Stone Resort and Casino Showroom, Thruway Exit 33, Verona, on Friday, June 24, 8 p.m. (Tickets are $17. Call (800) 771-7711 or visit turningstone.com for details.) Accompanying the singer will be his backup outfit The Wildcats because “you can’t kick butt with a pickup band.” Checker also makes this fervent promise: “When I come to Syracuse, we’re gonna burn the place down and then go home.”

What was it like to achieve sudden stardom with “The Twist”?

You can’t imagine that you’re changing the world. It wasn’t like another singer came along and had a hit record. With “The Twist,” in two minutes and 42 seconds the dance floor was transformed. The very moment that this style of dancing was seen on television, that was what we brought here, and it’s still here. It was like when Alexander Graham Bell said, “Watson, is that you?” or someone said, “Mr. Edison, the lights are on.” The world changed, only people didn’t know it did. But it changed.

And all of a sudden it happened. Very few people get what they want in life, so I was very contented. I wasn’t overwhelmed, I was like someone who was running in the Olympics and had a chance to win. That was my attitude toward it all, but I didn’t think it was going to happen like that!

When you were growing up, was it all about the music or was it to meet girls?

It was always about girls, there’s no way around that. And to be singing and have girls making a fuss over me, it was like, “Whoa! Isn’t that cool?” And it was in the era of cool, 1959, when rock’n’roll was in its infancy, and the British Invasion wasn’t here. It was totally American cool, and the whole world still copies that.

And “The Twist” was something else. (At one show) we’re looking at this girl dressed up her tight long dress that went just below her knees, she had bobby socks on, her black shoes off, a very tight sweater filled up with good stuff, a nice ponytail, lipsticked with her mouth puckered up, and she’s doing “The Twist” and you’re looking at her and she’s looking at you, and she’s exploiting her sexuality while being fully dressed, and I’m like, “Are you kidding me?”

In fact, exercise music did not begin until Chubby Checker and “The Twist.” When I go anywhere to perform, people are standing and dancing the whole time. And we’re very current. You know that term, “Throw your hands in the air like you just don’t care,” it’s after the dance we made called “The Fly.” And the term hip-hop, well that’s what a pony does, and the only pony I know is Chubby Checker’s pony (from his 1961 No. 1 chart hit “Pony Time”). We’re just ingrained into the society of dance.

What kind of diet do you maintain to stay in shape?

Exercise and don’t eat, that’s what you do. If you’re gettin’ fat, you’re eatin’ too much, that’s all. Life’s very simple, you just have to follow the rules, and that’s the hard part.

Did you ever think about pursuing a movie career?

It’s too much work; you sit around and read all the time. I have friends who are actors and they go to parties, but they have to go in the bathroom to read scripts. I know how much work goes into being an actor; you never see the outside world because you’re always in the walls (of soundstages). That’s why those guys change wives so much, because they’re not outside in the freedom of the air.

Being an entertainer is so perfect because you go and do your show, then you rehearse with the band a little bit, you write some songs, you can ride in your car like Bruce Springsteen rides across the country in his little pickup by himself. People ask me, “Chubby, when will you retire?” And I say, “I’ve been retired all my life.”

I just played in California with the Beach Boys (on June 18 at the Thunder Valley Casino in Lincoln) and now I’m retired for a few days, then I play at the Turning Stone, then I go to Texas (for a San Antonio concert on Saturday, June 25), then I have more days of retirement. It’s the best! (Starts singing the Irving Berlin number, “There’s No Business Like Show Business.”)

Plus we’ve just finished a book on my life; the authors have been working on it for five years, and it’s about 800 pages. There is a group of people who want to make a play out of a portion of the book because of the importance of dance. Because Chubby’s the dance man.

And I have the first No. 1 song of all time. But (radio stations) aren’t playing it. I’m coming to Syracuse and I listen to the stations and I don’t hear Chubby Checker — but I do hear The Beatles‘ “Twist and Shout,” and that’s very upsetting to me. It’s been going on for 40 years. If you get your music played, like the Beach Boys, you’re going to draw big crowds. And if you don’t get your music played, the audiences get smaller and smaller. And that’s painful for me.

But I’m still living my dream. I wanted to be an entertainer and that’s what I am. And I’m sitting at my nice house in Chester County, Pa., where I’ve been since 1965, and my chair is overlooking my pool and my trees and my 14 acres, so I’m doing something right. I complain a lot but I got a lot, and I’m going to keep working and fighting and hoping and praying.

Concerning the Syracuse connection, what was it like working with SU graduate Dick Clark?

(Laughs) He was very establishment, that’s all I can say. (Rock promoter) Alan Freed was not establishment; he went out and did his thing, he didn’t care. But Dick’s wife put Checker after (my nickname) Chubby, and Dick got the record company to give me “The Twist” to sing, and I was the right man for the job. Dick was already a big star hosting American Bandstand, but after two minutes and 42 seconds of Chubby Checker and “The Twist” he became a superstar because it happened on his show. But he was a wonderful guy and I enjoyed him.

Who is the better twister: men or women?

The world goes around because of women, whether they’re young or old. There’s not one ugly woman in this world, they’re all so beautiful, and so important and so necessary. Women always do things better than men, and without them, men aren’t too hot.