Vanya and Sonia and Masha and Spike at Syracuse Stage

There’s nothing like a recent Tony Award winner to get the Syracuse Stage season off to a rousing start, and there’s nothing quite like Vanya and Sonia and Masha and Spike. Christopher Durang’s epic dysfunctional-family comedy wears its heart on its sleeve, even as its droll humor tickles the brain waves.

Don’t worry about any daunting aspects implied by all those Russian names: They’re just tip-offs to the author’s frequent tips of his hat to the works of Anton Chekhov. Indeed, playwright Durang explains it all for you early on during dialogue exchanges between owlish 57-year-old brother Vanya (Larry Paulsen) and his adopted 52-year-old sister Sonia (flame-tressed Dori Legg) as they sip morning tea outside the family farmhouse located in Pennsylvania’s affluent Bucks County. 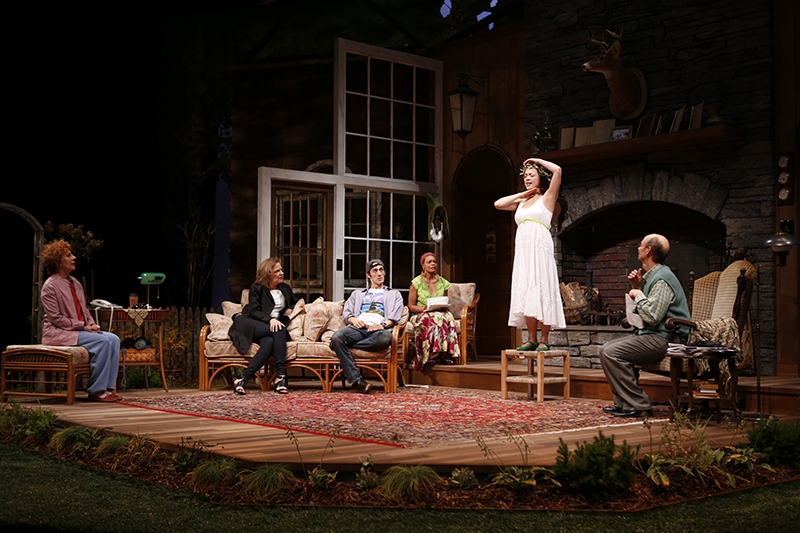 Vanya and Sonia and Masha and Spike at Syracuse Stage.
Michael Davis Photo

Their now-dead professorial parents shared passions for community theater as well as Chekhov, hence the kids being named after characters from Uncle Vanya and The Three Sisters, not to mention that the farmhouse also has a cherry orchard on the premises. Vanya, a closeted gay, bickers with near-spinster Sonia about their lonely lots in life, especially after years of being constant caregivers for their infirm parents.

The morose morning suddenly gets lively with the arrival of sister Masha (Nance Williamson), a successful movie actress who barges into the homestead Hollywood-style, wearing sunglasses indoors and accompanied by much-younger boy toy Spike (Ben Chase). Masha’s repartee is not always elegant (“You look the same,” she says to Vanya. “Older and fatter, but still the same.”), and she brings some news regarding the house, for which she has been subsidizing for years, that inevitably upsets her siblings.

Two initially peripheral characters figure more prominently as the play progresses. Nina (Midori Iwama), young niece of the next-door neighbor, is impressed by Masha’s celebrityhood. And sassy housekeeper Cassandra (Lisa Renee Pitts) doles out premonitions that nobody believes, much like the character from Greek mythology whose warning about the Trojan Horse fell on deaf ears. Durang’s Cassandra cautions about the interloper Spike, “Someone is with your sister. And he carries Trojans in his back pocket.” 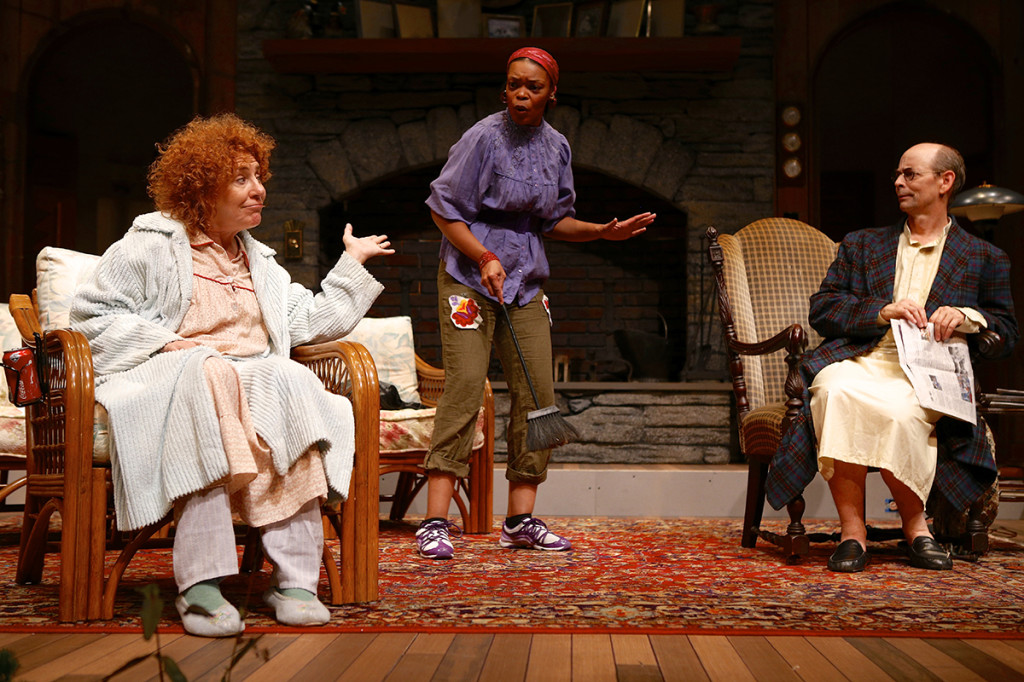 Vanya and Sonia and Masha and Spike at Syracuse Stage.
Michael Davis Photo

Chunks of Chekhov punctuate the proceedings, yet Durang doesn’t get all Cliff’s Notes-ey on the playgoer, who is free to take away whatever the show delivers. And Durang’s work goes off on wickedly inspired tangents, such as the family members taking part at a nearby costume party, which dovetails into an unexpected Neil Simon riff that ultimately redefines the Sonia character. Durang’s character flourishes can also be fleetingly precise. The quick mentions that young Nina is a fan of The Beatles songbook and art-house director Ingmar Bergman mark her as a kindred old soul worth having around.

Director Marcela Lorca (Caroline, or Change) maintains a breezy pace yet manages to impart a sense of realism even as some characters get bent into surreal situations. As Spike, for instance, actor Ben Chase ably satirizes modern-day Hollywood beefcakes with their washboard abs and empty cerebellums. Chase has two successive LOL sequences, with Spike’s bawdy reverse strip tease followed by his wanna-be actor’s hopeless monologue that easily explains why he wasn’t cast in HBO’s Entourage 2.

Nance Williamson delights as Masha, who long ago dreamed of incarnating Chekhov roles but ended up as a Joan Crawford-esque diva making her millions as the star of a slasher-movie franchise. Williamson’s Masha can switch from Tinseltown terror (watch the way she flutters her arms about her head “to change my aura”) to jealously suspicious lover in a heartbeat, and her slow transformation to become a better sister at the fadeout registers as utterly believable.

Durang’s play skillfully builds to the second act’s pivotal pair of monologues, which turn out to be generous doses of catnip for two actors at the top of their game. Dori Legg makes the utmost of Sonia’s telephone chat with a gentleman caller, a sweet scene that ends with emotional triumph to demonstrate that Sonia has finally come out of her shell. And Larry Paulsen’s Vanya delivers a poignant ramble that begins with “We licked postage stamps back then,” a deeply felt discourse on the good old days before multitasking and Twitter.

The flawless performances for Vanya and Sonya and Masha and Spike take place within the lush outdoor-like trappings of the farmhouse property created by scenic designer John Arnone, which even features landscaped live foliage. The show’s attention to detail even extends to a Wawa gas-station shopping bag that someone must have slipped across the Pennsylvania border to retrieve.