(Part 1 of 2) Khalid Hussein El-Hakim is a Hip-Hop scholar, author, educator and collector.

Khalid Hussein El-Hakim is a Hip-Hop scholar, author, educator and collector.  He authored the book “The Center of the Movement: Collecting Hip-Hop Memorabilia” and founded the Black History 101 Mobile Museum, an innovative traveling table top exhibit depicting Black memorabilia spanning slavery to Hip Hop. His love for Hip-Hop music and culture can be traced back to the late 70s. He has strong ties to the Detroit 8 Mile rap scene and a short career in the music industry managing the late rapper Proof (Eminem’s childhood friend and member of the platinum rap group D12). He has been featured in magazines, served on college panels and have traveled all over the country to display the Black History 101 Mobile Museum. He is currently pursuing his doctorate degree at the University of Illinois where his research is heavily focused on Hip-Hop history. In this interview we discussed how he got started, the Hip-Hop movement, and a surprising response to Dr. Dre’s legendary The Chronic album.

This is a 2 part interview series:

Emad Rahim (ER): How did you get involved in Hip-Hop music?

Khalid Hussein El-Hakim (KHE): I grew up in Detroit during the golden era of Hip-Hop. We are talking about the late 70s when “Rapper’s Delight” came out from Sugar-Hill Gang. Although rap had been going on in New York City since 73, it didn’t really go nationwide until “Rapper’s Delight” came out so that was my introduction. Afterwards “The Message” by Grandmaster Flash and the Furious Five dropped. That album really hit me and sparked my interest in the music. It was the lyrics in “The Message” that made me realize this music can be political and socially conscious.

ER: What about the culture?

KHE: Afterwards I remember listening to LL Cool J, Run DMC, and Whodini and their music pretty much shaped how we spoke, walked and dressed in Detroit. Eventually KRS One dropped his first album Criminal Minded in ’87 and Public Enemy hit in ’88 with It Takes a Nation of Millions to Hold Us Back and this had a personal effect on me consciously. I was a junior in high school going into my senior year and I found myself challenging the teachers on what we were learning in class. I was studying the names and places that were mentioned by Public Enemy and KRS One in their raps. I found myself studying and researching the lyrics from Hip-Hop artists and analyzing what they were putting on in the back of their albums. It was the clothing, music, attitude, speech and message that drew me to the culture. All of does elements helped shaped who I was as a black male growing up in America. 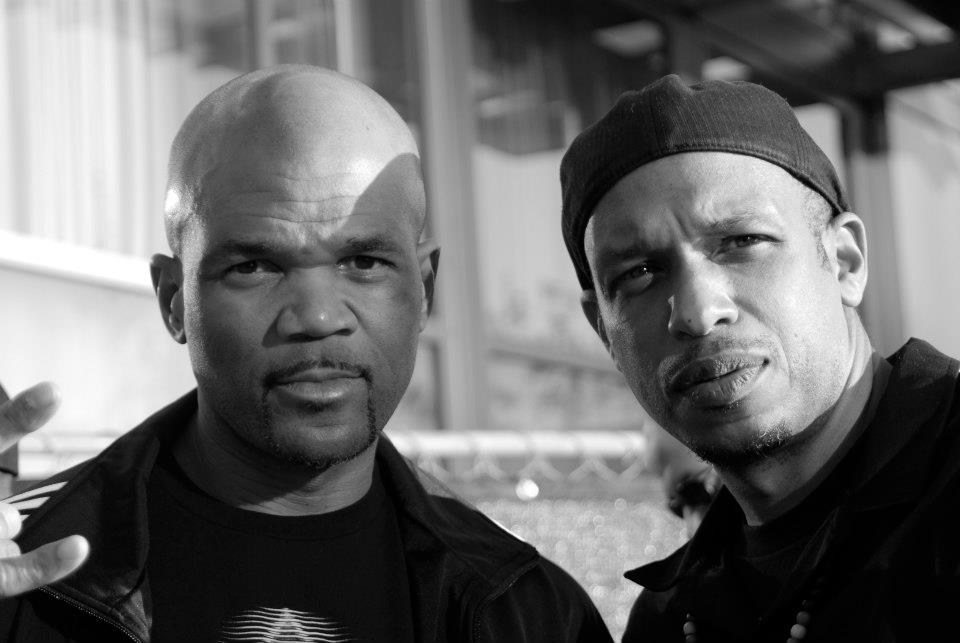 ER: I forgot what it was like to wait in anticipation for your favorite rapper to drop their album. Not just because you want to listen to the music, but you also wanted to read what was in the album, what their cover was going to look like, that smell and sound you get from opening up that cassette tape.

KHE: It was a whole different experience. One of the biggest differences between now and then is that you had these concept albums like It Takes a Nation of Millions to Hold Us Back where you were part of a movement. Every song spoke to the same message. Now music is very single driven and you get these songs that’s based on what the flavor of the month is. Whatever is hot today or what’s trending in pop culture. The industry force feed us singles that come and go. These are recyclable music that you can download, good for ringtones, commercial jingles or what will get the most YouTube views, but are easily forgotten and not meaningful. For example, lets look at the artist Prince. I can tell you every song on his album and records that he produced. Those were real concepts albums that told a story, what the artist was feeling during that time period and gave you direction on where they were coming from. You don’t get that anymore.

ER: That experience was bananas. I remember being with my boys and having cyphers at the record store or debating on album covers, the artwork even the calligraphy. You open up the album cover and look at the song titles, producers, collaborations or record labels. Did Biggie bite Nas’s album cover? Did Nas go after Pac on the “The Message” and where can I get those Wu Tang style Wallabies that Ghostface had on his Ironman album cover? When I say “the purple tape” everybody that grew up on 90s Hip-Hop knew what I was referring to.

KHE: You are looking for that deeper meaning with the artist. They were speaking at a higher level because you had to really work on decoding what they were saying. Think of X Clan or Poor Righteous Teachers. You don’t just casually listen to those records. You engage in their message. You participate in their movement and you empathize where they were coming from. Think about it in terms of membership. As a fan you can join Afrika Bambaataa’s Universal Zulu Nation and be a part of something larger than music. You had Native Tongue that included Jungle Brothers, De La Soul, and A Tribe Called Quest which embodied Pan-Africanism. This era of Hip-Hop helped build the culture that we now know includes deejaying, rapping, breakdancing and graffiti. They educated people on what was happening in the community and the world around us. You as a fan felt that you contributed to that culture. 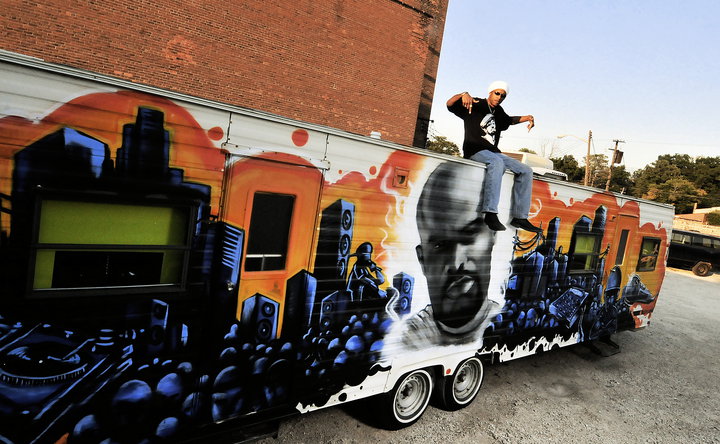 ER: Piggybacking on what you said about education. I remember back in the day going to see a Poor Righteous Teachers concert and Wise Intelligent stopping the music at different periods to educate us on what they were trying to convey in their lyrics.  He asked the audience questions about poverty, education, black history and he even gave out books. I received my first cover of “Behold a Pale Horse” by William Cooper at that same concert.

KHE: That’s it – they felt they were responsible to educate you. To teach you. To grow up. Now its an industry takeover where the market is driven by an artist celebrity status, their followers on social media, their marketability or their dope beat and catchy hook. They don’t have the full package anymore. You as a fan don’t get that full experience that you were referring to anymore. I also think the education piece of Hip-Hop was a threat.  These artist challenged us, made us question what we were being taught, what we saw on television or what we were reading in the news. All of a sudden you had a mass of people questioning the establishment.

ER: Where did we go wrong? When did you see a true shift in Hip-Hop?

KHE: I think things changed with the Dr. Dre’s “The Chronic” album. That album was counter everything that Public Enemy, Tribe, X Clan and Zulu Nation had promoted and taught.

ER: Wait, are you saying “The Chronic” album changed the direction of Hip-Hop negatively? What about NWA’s album that came before that?

KHE: That is exactly what I am saying. I see that as a turning point. NWA was still revolutionary to a degree and still had a message. But remember always had that hardcore element in Hip-Hop before NWA. The Chronic album commercialized gangster rap and influenced a weed culture to a younger generation. That album was very industry driven from every angle. It glamorized gang culture, it fueled the East vs. West coast rap beef, commercialized sex and drugs to a very young fan base, and was used to promote the large roster of unknown Deathrow artist.

ER: Its interesting you said this. I am a big fan of The Chronic and I know many of my readers are too, but reflecting back on my experience I do agree with some of the examples you shared. I was in middles school when The Chronic dropped and had a friend purchase the album for me because it had that Parental Advisory sticker on it. I just remember everyone had a copy of it, all ages from all backgrounds. People were rocking that Chronic leaf hat and shirt, rapping every verse from “Nuthin’ But A G Thang” and it felt like every kid was talking weed. NWA was hardcore, but not everyone had the whole album and not every radio station played them. The Chronic also seemed to be more accessible and radio friendly. Plus, everyone and their momma was waiting for Snoop Dog’s album to drop next.

KHE: There was not a counterbalance when The Chronic dropped. There was nothing that came out during that period to balance it. The music industry and media went one sided and everything became gangster. It set the tone for everything that came afterwards. The record industry was only promoting artist that reflected those elements that made The Chronic successful. There was nothing in that album that challenged the establishment – the industry. Take a look at the way Ice Cube went versus Dre’s direction. Ice Cube’s “Amerikkka’s Most Wanted” was revolutionary and is considered a classic, but yet it never got the same level of exposure and support that Dre did because the music industry did not appreciate Cube challenging them. How come Dre got all of this radio rotation but not Cube? Both were former members of NWA, had the same level of respect musically, both were from Compton and talked about similar things in different ways. The big difference was that the industry supported Dre and not Ice Cube.  There was no a counterbalance and fans were led to listen to only this type of music and support that type of artist. All of a sudden if you were not gangster enough you were not a real rapper.

Share your thoughts about this article and the first time you fell in love with Hip-Hop and you could win a free autograph copy of “The Center of the Movement: Collecting Hip-Hop Memorabilia” written by Khalid Hussein El-Hakim. We will be picking two winners based on your Hip-Hop story. One will be chosen in response to this interview and the second winner will be announced in the second installment. EMAIL US YOUR STORY HERE or share in the comment section below.