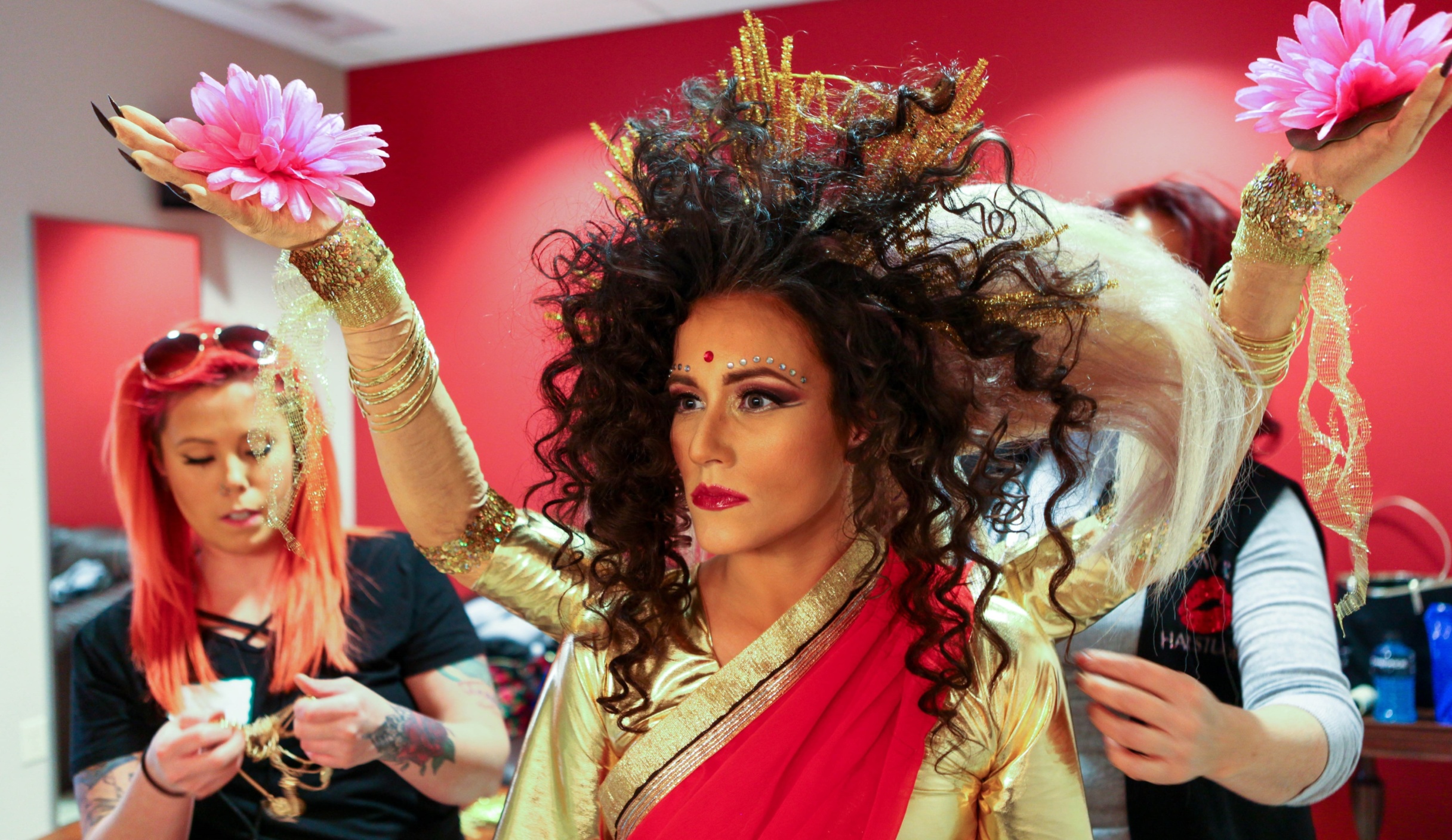 Catwalk On The Wild Side

Anything goes during the seventh annual Blowout Fantasy Hairshow

Downtown Syracuse’s Landmark Theatre, 362 S. Salina St., is usually the classiest venue in the area to catch live concerts and stage performances. Yet once each year the vaudeville-era showplace is the home for the Blowout Fantasy Hairshow, one of the most over-the-top runway shows to hit Central New York.

The seventh annual Blowout event, this year titled “Superheroes & Villains,” takes place Sunday, Feb. 18, 3 to 6 p.m. The nonprofit ACR Health is behind the annual runway competition among professional hair salons and stylists to see who can create the most extravagant look based on a certain theme.

Categories include overall look, best makeup and best presentation, with first-place and runners-up finalists. The Blowout winner receives a trophy, a $500 cash prize and will be featured in an upcoming issue of Syracuse Woman Magazine.

“It gives (hairstylists) an opportunity to step out of the box and do something different,” Harrington O’Neill said. “It’s not your standard cut and blow-dry.” 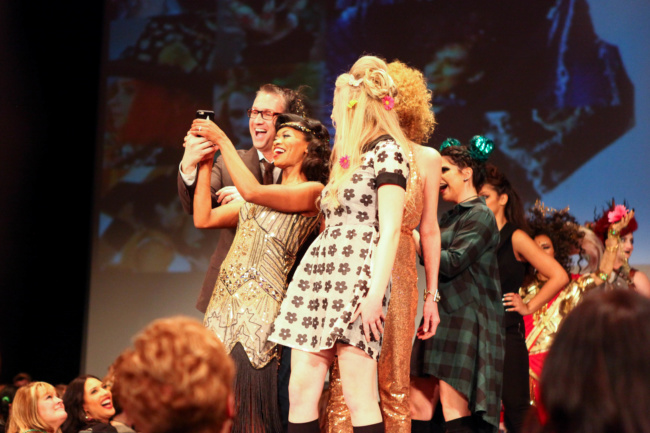 Fiery, sky-high beehive hairdos with working smoke machines, twisted flowering vines with pastel brushstrokes, and plates of edible wedding cake served to the judges are just some of the dazzling, eye-filling elements that have come down the runway in past Blowouts. The 2018 Blowout audience will be treated to styles from more than 10 salons, as 15 models will strut the 70-foot-long catwalk.

The first Blowout was held in the back of a local bar, but that space quickly proved too small as attendees crammed in to see the models, and salons came out with big performances and skits to accompany their hair themes. “We knew within 10 minutes of opening that we had stumbled onto something very unique,” Harrington O’Neill recalled, as the hunt for a larger space became a top priority. This will be the sixth year that the Landmark’s main stage will host the Blowout.

The Syracuse Blowout was inspired by a similar fundraiser held in Binghamton, as the Southern Tier AIDS Program agency mounted a Hair Warz event. Harrington O’Neill thought it would be a good way to promote small, women-owned businesses and also pay tribute to a commonly unsung hero: hairdressers.

“Your stylist is always there for you,” said Harrington O’Neill, “from your wedding day to a loved one’s funeral.”

People will often confide to their beautician about things they would never talk about at home, such as abuse, addiction and disease. Because of these close relationships, hairstylists, nail technicians and aestheticians in Illinois are required by a 2017 law to take training courses to recognize the signs of abuse and assault before being able to renew their licenses.

“We really couldn’t do the work that we do without people like this in the community,” said Harrington O’Neill. “And the Southern Tier AIDS Program has been incredibly supportive; we have even had the same participating salons at our Blowouts.”

Harrington O’Neill said she’s excited to see how the stylists put their own twist on existing characters or how they’ll create their own for this year’s show. Comic-book heroes will also be in the entertainment news this week: The new Marvel Comics action movie Black Panther will start screening at more than 3,800 multiplex screens on Friday, Feb. 16.

Blowout eventgoers can sip on this year’s signature cocktail, “Wonder Woman,” and peruse various beauty and business vendor tables that will be set up at the Landmark. Each attendee will also receive a complimentary gift bag, thanks to partnerships with Gilead Sciences, Goldwell NY & MilkShake, Harrington O’Neill said. VIP ticketholders are allowed after-show access to a reception in the Grand Promenade, where stylists and models will mingle and food from Attilio’s restaurant will be served.

Money raised from the Blowout goes toward ACR Health, which serves nine counties throughout Central New York. Their core focus is combating HIV and AIDS, but the organization also helps those with drug addiction, bringing awareness to the inequalities facing LGBTQ youth and assisting with general poverty reduction and prevention, Harrington O’Neill said.

“I think for everyone, we walk in and think that we’re just putting on a show and that’s it,” she said. “But at the end of the day we see how much money we made for a good cause, and we see this strong camaraderie between the salons and the connection there.”

Blowout tickets are $25 for regular admission or $50 for VIP seating. For information, visit acrhealth.org.