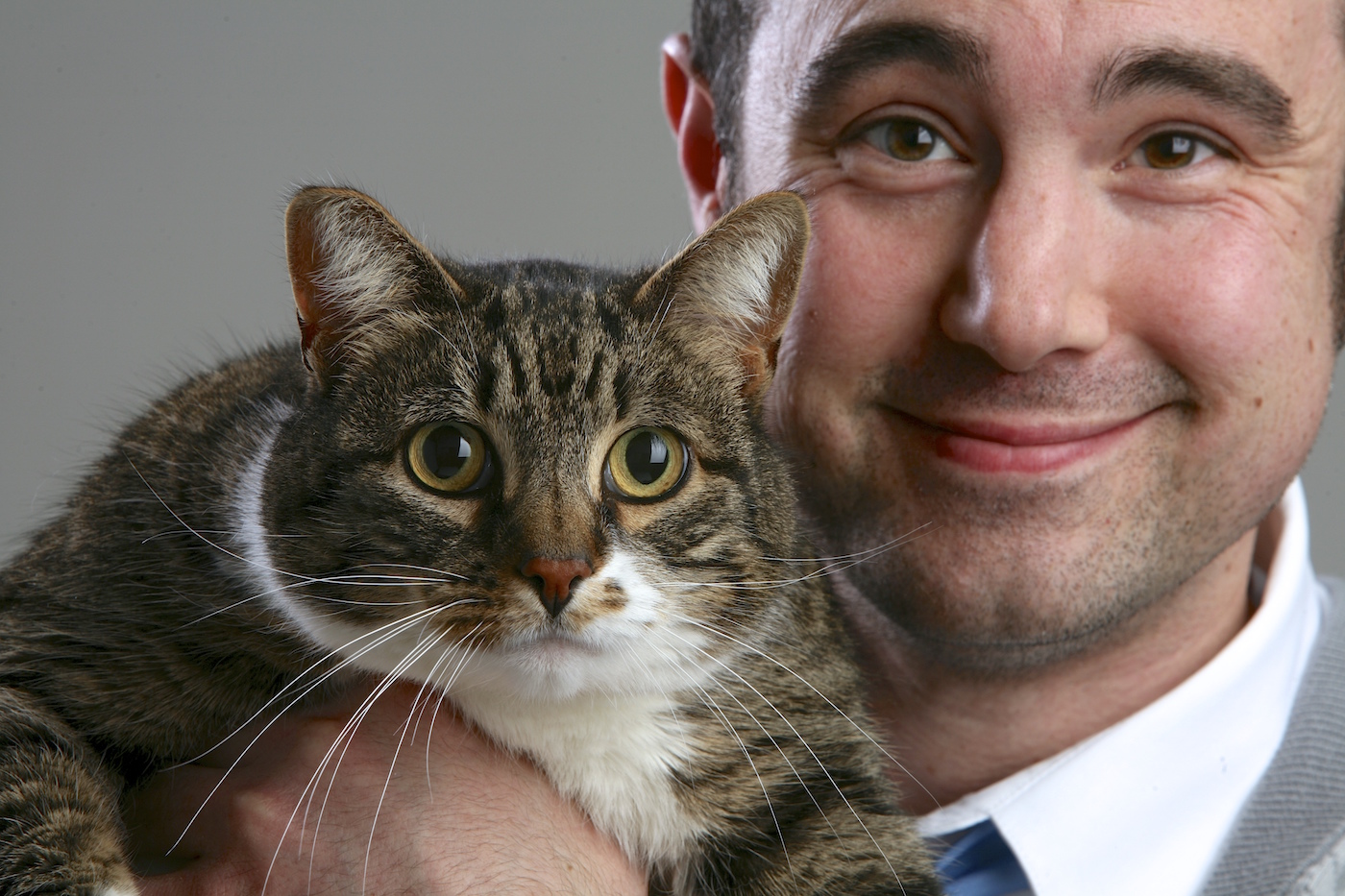 Pet owners have reasons for choosing their four-legged critters.

There have been contentious relationships since the dawn of time: religion vs. science, liberals vs. conservatives, Syracuse vs. everybody. There is, however, another great and hairy debate standing firm and with a better center of gravity. 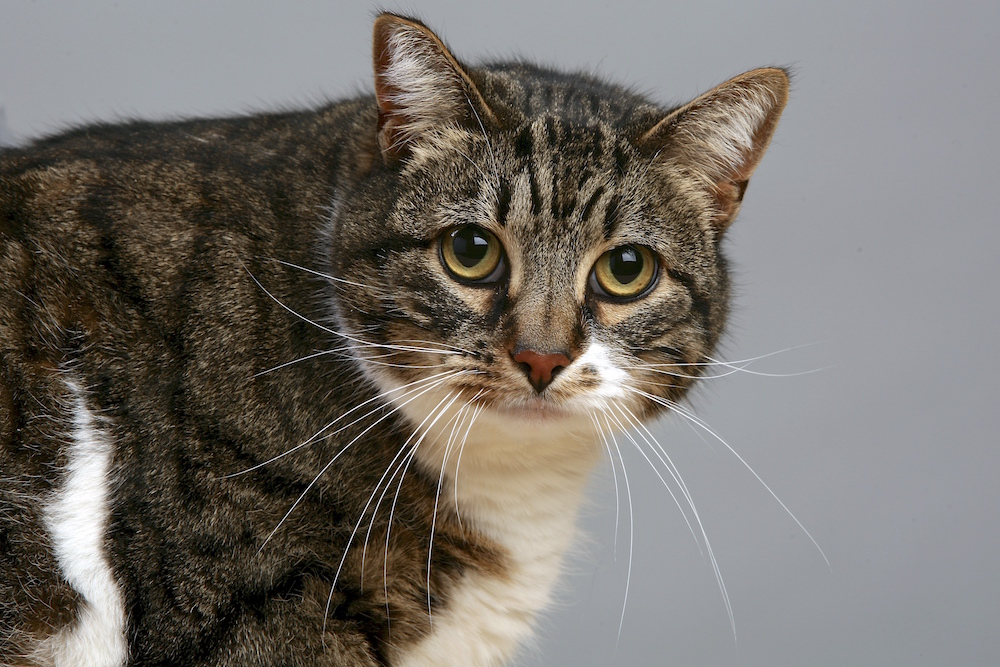 Cat and dog owners have often been at odds. Cat people are reputed to be crazy, introverted and, like their pets, uninterested in getting along with others. Dog people are considered overzealous and prone to jumping on people without permission.

I set out to get to the root of this divide. I consulted experts and conducted an informal survey, with interviews on the street and through emails and social media. Some 50 people responded, the vast majority being dog owners. (This could be because I met a fair number of respondents while they were walking their dogs. Walking cats, an extremely rare occurrence, is more of a faux pas — or is it paw?)

The cat owners — somewhat like their pets — had to be coaxed a little and only began to voice their opinions at the end of the surveying period. Only a small number of respondents owned both pets.

To the question, “Do you feel there is a difference between cat and dog owners?” numerous stereotypes were offered. Dog owners saw cat owners as crazy and introverted. However, cat owners said they had, in fact, toyed with the idea of owning a dog at some point.

Pam Edwards, a veterinarian at the Nottingham Pet Clinic in Syracuse, has seen a lot of cats and dogs over the years.

“The appreciation of a dog is immediate. You can see the joy in their movement,” she said in a phone interview. “Cats are enigmatic. You have to appreciate them to understand them. They are equally as interesting, but not as obvious.”

“There really isn’t a difference” between dog people and cat people, said Paul Barone, owner of a beagle named Sebastian. “Any human being willing to take in another life form and agreeing to care for it its entire life speaks volumes.” 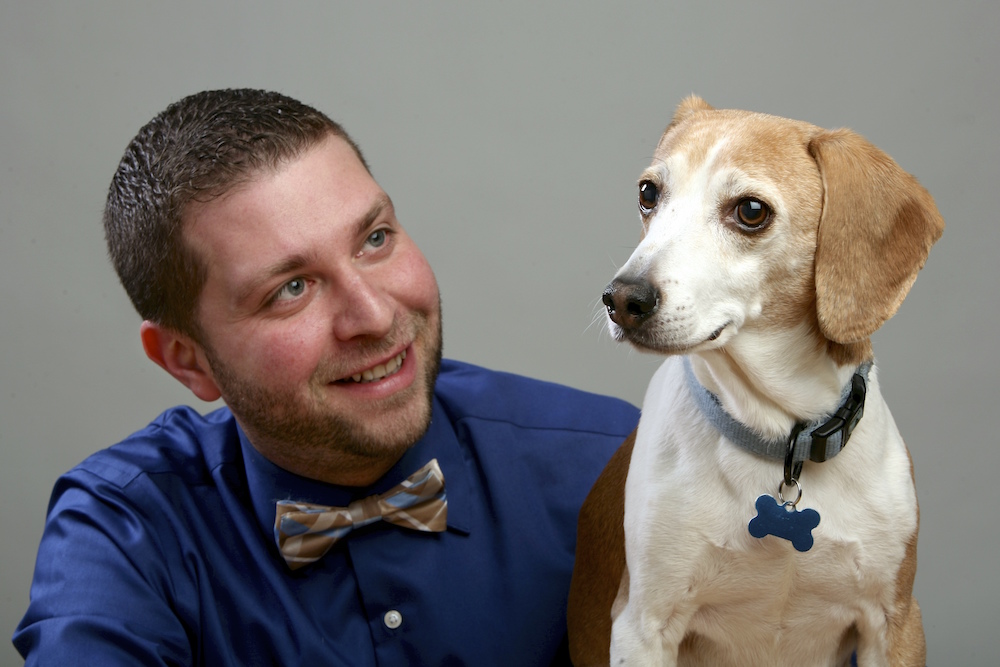 As much as pets benefit from being taken in by people, some studies indicate humans also gain from the relationship. However, according to psychologist Hal Herzog, writing in a report for Current Directions in Psychological Science, “the existence of a pet effect on human health and happiness remains a hypothesis in need of confirmation rather than an established fact.”

Herzog also said the attachment and feelings toward a pet are in the eye of the beholder. What an owner may view as “cute” may not be the case for others.

In my survey, some respondents wrote lengthy answers and submitted unsolicited pet pictures to justify how much they value their pets.

In my quest to learn more about the divide, I called Claudia Wheatley, senior public affairs officer at the Cornell University College of Veterinary Medicine. She was unable to shed light on the debate: “This is more of a human psychology issue, and humans are the one animal we don’t study here.”

Human psychology, however, was the subject of my study. So I consulted with my friends Shauna Diliberto and Ray Ripple, who own a Labrador-chow mix, Abe, is an important member of the family.

The dark hair and complexions of the couple match the black fur of their middle-aged mix. He sports a white patch on his chest similar to a superhero’s emblem.

“He is our everything,” said Diliberto. They bring Abe everywhere. “I used to think people who didn’t have kids and only dogs were weirdoes, but now I understand.”

Having a pet is powerful in and of itself. The furry friend can serve as a wing animal when it comes to attracting a mate.

Animals have been shown to calm humans in the workplace, and they are often helpful in therapy for people with autism and other disorders.

Conversely, animals can cause a certain amount of worry for their owners.

“I have anxiety about Abe and his safety,” said Ripple. Before he took his pet in, however, he was similarly concerned about adopting a dog, that was middle-aged with a broken tail. 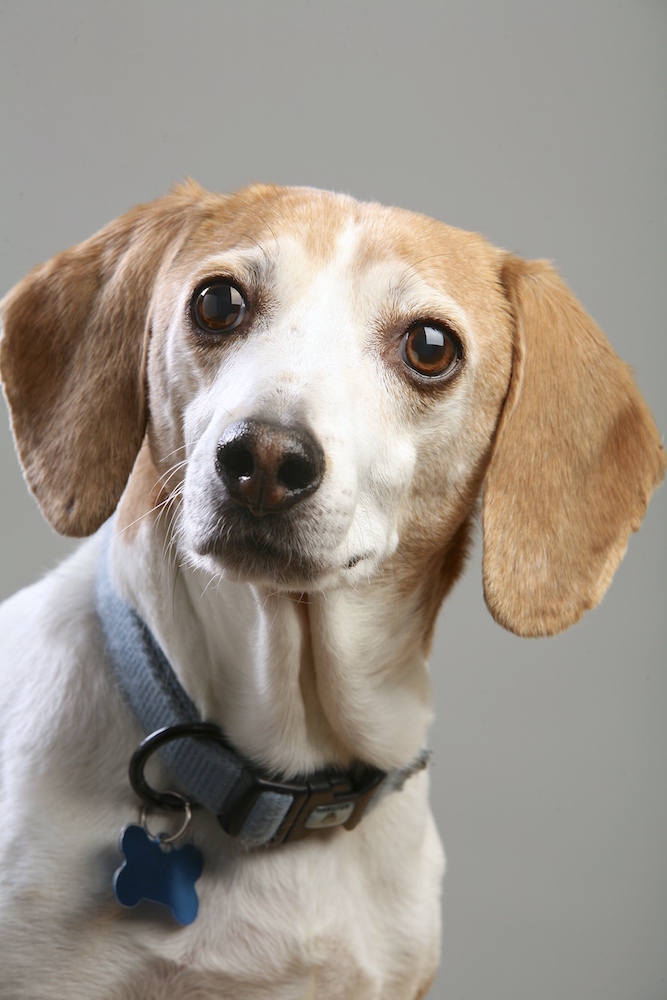 Animals often react poorly to separation. A dog left alone for the day may chew up a pillow. Cats, when not taking a ride down the curtains, may unravel rolls of toilet paper throughout the house.

But we always forgive our pets their transgressions, don’t we? Cats, not known for being demonstrative, still have ways of showing affection, such as jumping on the bed and pawing your face to wake you up in the morning. Or stealthily following you around the house.

That, too, can present problems: In a Psychology Today article, Herzog notes that around 800,000 people are admitted to emergency rooms because of their animal. Of that 2011 total, 85,000 of those hospital visits resulted from falls after tripping over pets.

When they’re not tripping us, pets are providing enhancements to our families, our mental health — and even our appearance. Yes, many people choose to accessorize with their companion animals, when they’re not accessorizing the pets themselves with collars, bows or booties.

For instance, Christina Caramella, a redhead, and her red-bearded boyfriend, Dan Volles, are raising a longhaired ginger cat named Garfield, who complements their looks perfectly.

Being thoughtful about the kind of pet you adopt — whether cat or dog, young or old — is an important part of becoming an owner.

“Sometimes animals are mismatched and can create issues: a young, high-energy puppy with an elderly couple or a very independent cat with very playful children,” Edwards said.

And there’s the time commitment of feeding the animals, taking dogs for walks or cleaning cats’ litter boxes, not to mention the expense — roughly $8,000 over an animal’s lifetime.

Fortunately, domestic cats and dogs both know how to manipulate their humans, whether they’re doing something cute like making “puppy eyes” or deliberately clawing a rug or committing another misdemeanor to get attention. Kristin Earle, a Chihuahua owner, says her dog Pixie makes a habit of bringing out all her toys one by one.

Wes Hazdor and Morgan Jenkins, owners of a cat and a dog, point out that not all the self-taught habits are bad. Hazdor said although Munch, their cat, knocks things off the counter, Koda, a mixed-breed dog, has taught himself to look both ways before crossing the street.

If you’re planning on joining one breed of pet owners, or the other, or both, Central New York has plenty of agencies offering animals for adoption, including the CNY Cat Coalition in association with Pet Smart locations, the Humane Society of CNY and Wanderers’ Rest Humane Association.

Adopting an animal can potentially improve any human’s life, whether a dog person or a cat person.

“I love all animals,” said cat owner Caramella. “Except for ferrets. Yuck!”