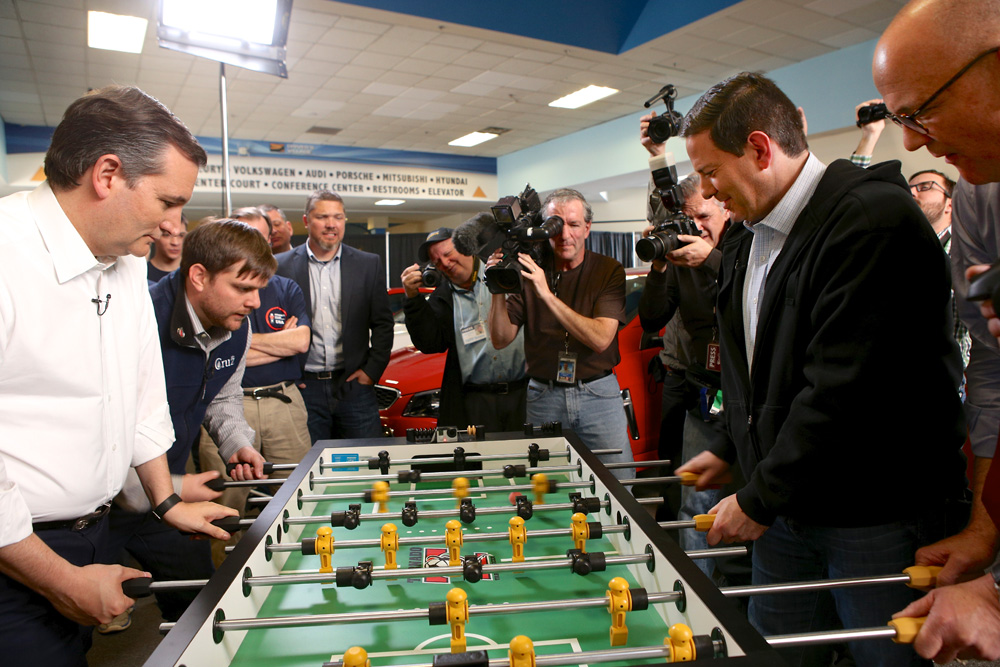 Prior to his April 15 rally at Driver’s Village, Republican presidential candidate Ted Cruz and his campaign wingman Bruce Redden got in some playtime with several foosball contests. The GOP team faced off against Mark Halperin and John Heilemann, the political journalists who co-wrote the 2010 book Game Change on the 2008 Obama-Palin White House race.

The foosball battles surely served as photo ops for a future installment of The Circus, the ongoing Halperin-Heilemann TV series (airing on pay cable’s Showtime) that has been chronicling the seemingly endless presidential primaries. Oddly, the assembled onlookers of local and national media watched it all with the silent reverence accorded a Masters golf match, save for the occasional riposte from trash-talker Shecky Halperin, who at one point asked Redden after he was unable to prevent a goal, “Are you legally blind?”

Watch the match below:

Cats Vs. Dogs
Trump Pumps Up Protest Fervor
To Top