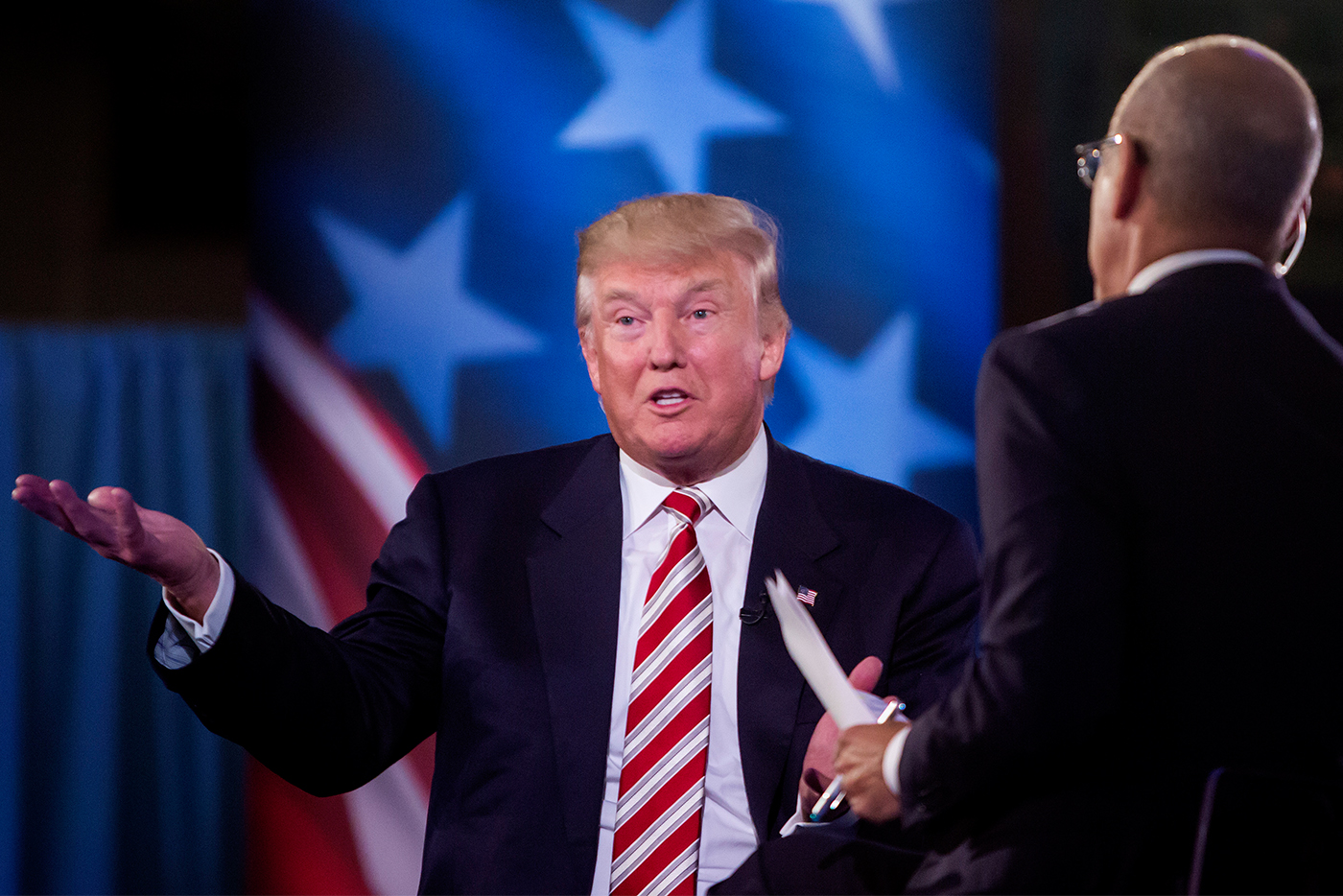 News outlets should not have to take a back seat to both presidential candidates’ demands.

When the founding fathers sketched out what would be the U.S. Constitution, they deemed it necessary that a free press was essential to preserving the democracy they were forming, and such, included it in the First Amendment. Not a dozen years later, President John Adams, a founding father himself, signed into law the Alien and Seditions Act, which in part, made it a federal crime to “write, print, utter, or publish … any false, scandalous and malicious writing” against the government.

Thankfully, reason was restored and the law was repealed two years later and no similar statute has come about since. However, this year’s contentious presidential campaign is between two candidates who clearly show their distaste for the press — and that distaste is unlikely to end when whichever one of them moves into the White House.

When talking about Donald Trump, you can’t go too far without mentioning the press. One, because he has been the unchallenged master of the media spotlight for the last year and a half, and two, he has an obvious reputation for constantly criticizing reporters, at one point referring to them as “the lowest form of humanity.”

Now, a candidate attacking the media is nothing new — but banning them is. Until recently, the Republican standard bearer had spent the last few months prohibiting a handful of news organizations from his press conferences and campaign events, including information giants like The Washington Post, The Huffington Post, The Daily Beast, Univision, Politico and BuzzFeed. These bans also disallowed these outlets’ reporters from flying on the press charter, which follows Trump around the country.

While the bans were mainly symbolic, as they hardly halted their coverage of the candidate, it was clearly an unprecedented and frankly undemocratic maneuver. Politico editor Susan Glasser said it best. “Access to a major party’s presidential campaign events shouldn’t be a favor to be granted or withheld to the independent media depending on how the candidate views the coverage,” she said.

As of the beginning of the month, Trump removed the bans on those media groups, but he is still reluctant to remove his hands from the media’s throat. Last week, he proposed that moderators should not fact check his or Hillary Clinton’s remarks in the coming debates. His reasoning has its arguments, but in this election, in this age of information where internet memes and bias websites have distorted the conversation, too many facts have gone unchecked already — some facts that aren’t facts at all. On the contrary, Mr. Trump. Moderators should step up their fact checking of both candidates in debates, not to the point where they steal the show, but allowing skewed facts or outright lies from either candidate to voters when millions are watching isn’t exactly desired either.

While Trump wants to limit facts, Clinton keeps facts limited. Despite Trump’s quarrel with the media, he has actually been surprisingly open to giving interviews and having press conferences. The latter can’t be said for his opponent. Clinton went 278 days without a single press conference this year. That long of a drought from a presidential nominee has frustrated both the media and her fellow Democrats, and it should frustrate the pubic as well. While she boasts she has given more than 300 interviews this year, those interviews don’t stand up to the freewheeling and spontaneous format that comes with press conferences — which is why she doesn’t do them often.

Clinton wants to be in control, and the media is in control during press conferences, leaving room for her to look unauthentic or awkward on television or to slip up and say the wrong thing at the wrong time. Press conferences are also likely to bring up her biggest closet skeleton — her emails — the one thing she doesn’t want to talk about. But they are an issue, she did lie to the American people about them and whatever questions regarding them that a reporter deems necessary to ask should be asked.

Her campaign and supporters highly criticized NBC’s Matt Lauer’s bombardment of the subject during a recent town hall, in which he asked, “Why wasn’t it more than a mistake? Why wasn’t it disqualifying, if you want to be commander in chief?” Not only is it one of the most talked about topics in this election, but it was also relevant to the forum’s topic — national security. In that sense, it’s perfectly logical to ask her those sorts of questions, even if they are tough. It’s surprising that even after 25 years in the national spotlight, Clinton has yet to understand that any person running for president is subject to harsh scrutiny if they expect to get the job. She should know that better than anyone.

Perhaps the most frightening thing about all of this is that neither of them are even president yet. They haven’t begun to deal with the nation’s greatest crises, where they will be questioned on their words and actions every waking moment for the next four or eight years. They haven’t been grilled for that bad jobs report or terrorist attack that could happen during their term. They’re going to have to allow certain reporters in. They’re going to have to hold many press conferences. They should get used to that.

Are they going to reinvent the Alien and Seditions Act? Of course not. But this election should remind us that freedom of the press regarding the most powerful person in the world is not something we can take for granted. Because it’s the only thing that stands between us and them.