(Travel) Would we return from this trip?

(Do you have a travel story or an adventure that you’d like to share with New Times readers? Send your travel blog ideas to [email protected])

As American’s I have come to realize that we are brainwashed by what television tells us to expect from the world outside our border. We tend to close our minds to anything else.

I cannot describe how the weeks leading up to traveling to Mexico felt. Anyone who has ever traveled with an over-privileged American (a term I use loosely, because the reality is, that no matter your social class – as an American, we are all “over privileged”), you can imagine the typical arguments my friend’s and I had. Would it be safe for me to wear American flag swim trunks (which I did… “YOLO!”)? How much cash is a safe amount to carry? Did we have a sufficient amount of Spanish speakers? Would we return from this trip?! With the concerns that we all had, one would imagine we were traveling to Guadalajara – not Cancun!

Prior to leaving for Mexico, my friend’s and I collectively went through a substantial amount of briefings regarding what we could expect in Mexico, and the behavior we should display. Honestly, I felt I would have to street fight a cartel member the moment I got off of the plane. Now don’t get me wrong, I was offered a surprising amount of marijuana pretty much everywhere, but no cartel encounters! When landing on the runway we could see a Corona logo on the air traffic control tower; I did converse with my Mexican customs control in Spanish (which alarmed me), then I realized he was completely kidding; and the minute I exited the airport, I was in a full blown world of Mexican hustlers selling beer and taxi rides!

We were in heaven! 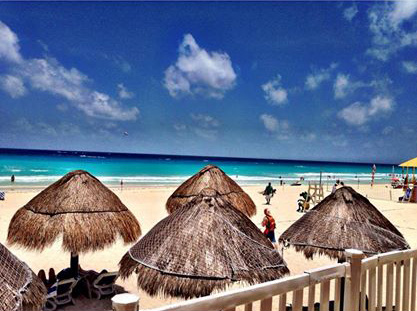 Upon arriving at our resort, we were immediately greeted by the friendliest staff that sat us down and gave us delicious drinks called: “The Golden Parnassus.” I believe that was the first moment that we all began to feel more at ease, and started to see that maybe the world is more than the television is brainwashing us to believe. I mean, I was in a foreign land with some of my most southern friends who have never really had much exposure to the Hispanic culture outside of what the media tells them to believe.

Amazingly, in this paradise we were able to gain more of an understanding of people who are believed to be “dangerous”- “opportunistic”- “stealing American jobs”, and so many other words used to described Mexican’s by parts of the American culture. What we saw were people who work extremely hard (practically around the clock) to support their families. People working in the types of jobs that many Americans would never subject themselves to.

It would be ignorant of me to write this in a lulled state that all of Mexico is amazing. An accidental bus ride through a Mexican barrio showed me the less tourist side of Mexico, however even there I was able to remind myself that we have people living in very similar situations in the states. Check the news; I could honestly have been in just as hairy of a situation in a Chicago ghetto as I was in the Mexican barrio. Even there, arguing in Spanish with taxi drivers over how they would not hustle me, I found myself charmed by the Mexican culture. 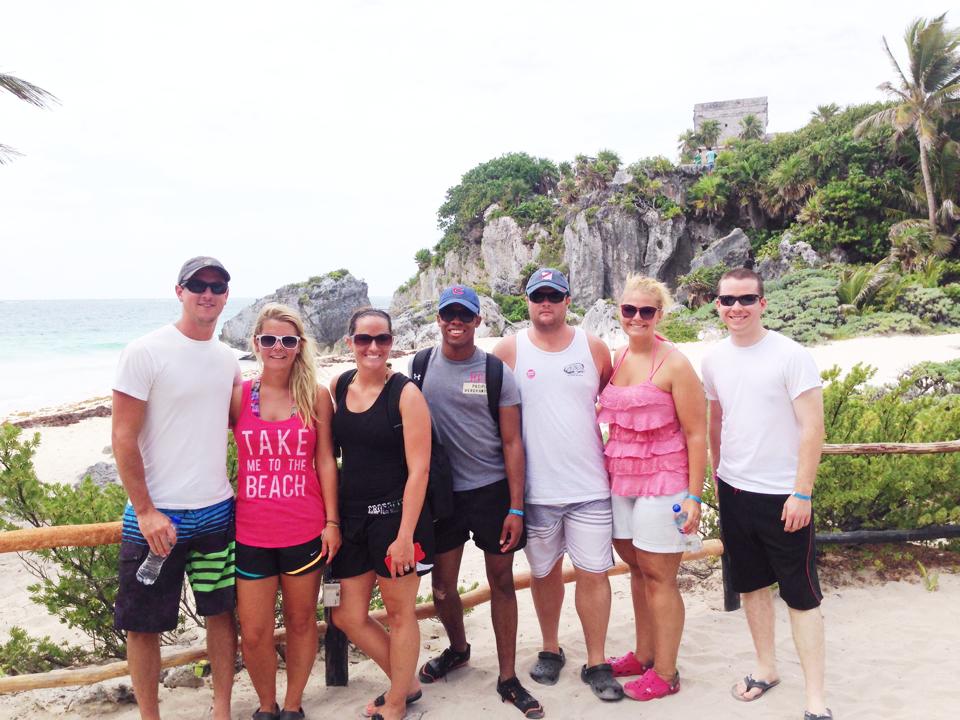 Partying in a Cancun resort, zip lining in XelHa, exploring the Aztec ruins in beautiful Tulum, or just laying in a hammock wearing American flag shorts… my friends and I learned the biggest lesson of our lives; don’t allow media to tell you who or what something is. Get outside of your comfort zone, meet new people, and viva! It could be the best decision of your life!

(Do you have a travel story or adventure that you’d like to share with New Times readers? Send your travel blog ideas to [email protected])