The Buffalo Bills’ training camp is under way in Rochester, NY

Football season is drawing near as the Buffalo Bills have officially began their training camp at St. John Fisher College in Rochester, NY.

The Bills have had a busy offseason, bringing in several marquee names to their player personnel and coaching staff in order to compete for a playoff berth. They nearly made the cut last season, posting a 9-7 final record. Though this was the Bills’ first winning season since 2004, their playoff drought extended to its 15th consecutive year. 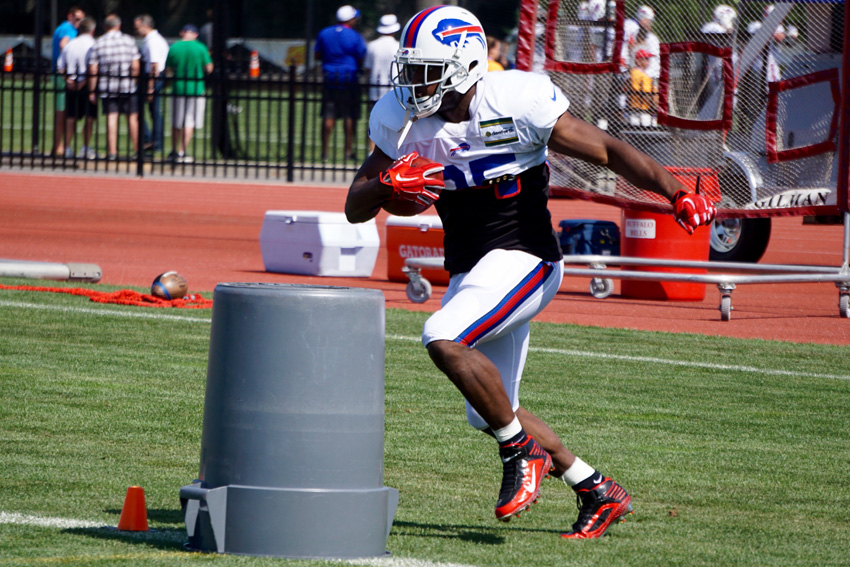 In hopes of improving production in the back field — where the team’s leading rusher, Fred Jackson, gained only 525 total yards all season — a blockbuster trade was made during the offseason that sent Philadelphia Eagles Pro Bowl running back LeSean McCoy to the Bills in exchange for linebacker Kiko Alonso.

The Bills’ new head coach, Rex Ryan, talked about McCoy at the end of day three of camp.

“LeSean’s the type of guy where it doesn’t matter,” Ryan said during a press conference. “He can have a fullback in front of him, he can run zone, he can run gap schemes, inside, outside.”

Ryan did, however, express some uneasiness about McCoy’s uninhibited style of play.

“Every time I see him and the way he runs, it scares you to death,” Ryan said. “He’s got that ball swinging, but for some reason, he takes care of it. But that’s always a concern.” 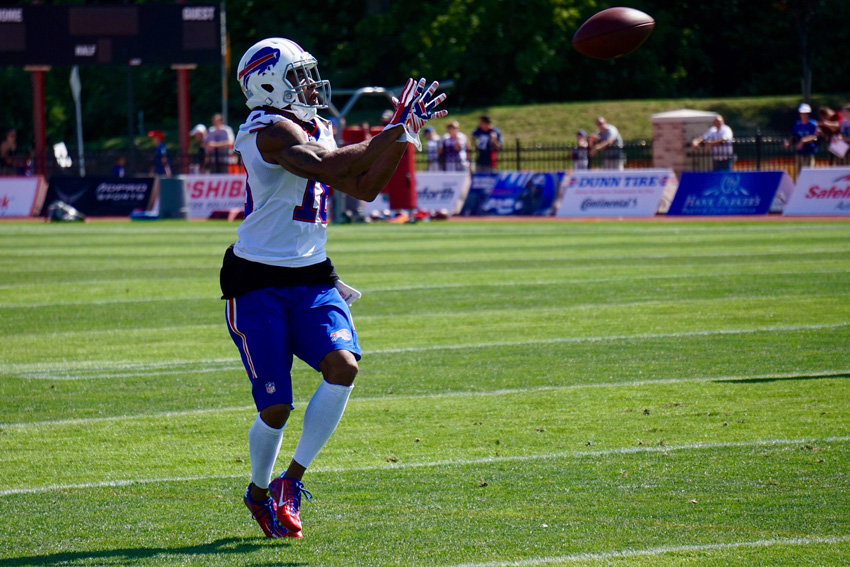 Ryan’s receiving core gained a new member as well in free agency with the addition of playmaker Percy Harvin. Harvin played under Ryan for a portion of last season with the Jets after he was traded by the Seahawks for a conditional pick in October of 2014.

Along with receivers Sammy Watkins and Robert Woods, Ryan said there should be plenty of opportunities for explosive plays with Harvin on the roster. However, Harvin said his personal stats will not get in the way of what he hopes to accomplish, despite reports of him wanting more touches in previous years.

“I’ve always been a team guy,” Harvin said. “I know what I do inside the locker and know what I do with my teammates. A lot of that doesn’t get reported and I really don’t care.”

“This is a young man who we seriously considered taking with my first pick as a head coach,” Ryan said. “We actually traded up for Mark Sanchez. If we didn’t get Sanchez, we were going to go after Percy.”

Yet another big name brought into Ryan’s offense is offensive lineman Richie Incognito. Incognito has been out of football for more than a year and a half because of a bullying scandal that allegedly involved racial and physical threats with former Miami Dolphins teammate Jonathan Martin.

Ryan named Incognito a starter at left guard after day three of camp, saying he’s “been blown away” at how ready he has been.

“He is in great shape,” Ryan said. “He is so hungry. He’s great in the meetings (and) coachable. He’s everything we’d thought he’d be and I think he’s even further along than I thought he’d be. It’s like he never missed any time.” 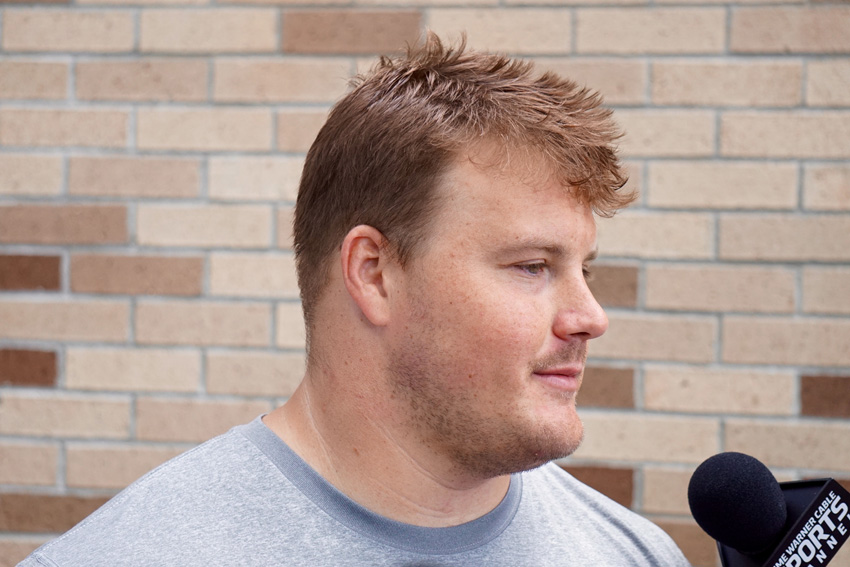 Incognito voiced his gratitude to the Pagulas, the owners of the team; Doug Whaley, the general manager; and Rex Ryan for being given a chance with the Bills. Incognito said he wasn’t sure if he would ever make it back to football’s biggest stage and that he has been “blessed with an opportunity.”

“(They’ve) kind of taken me at face value,” Incognito said. “They let me come in here and be myself and work hard. I’ve got my teammates to thank. They let me into their locker room and welcomed me with open arms.”

Meanwhile, Matt Cassel and E.J. Manuel are competing for the starting quarterback role, however, both players have struggled to make completions during camp.

Manuel was benched after four games last season in favor of veteran Kyle Orton, while Matt Cassel played and started in only three games with Minnesota in 2014 due to a broken foot.